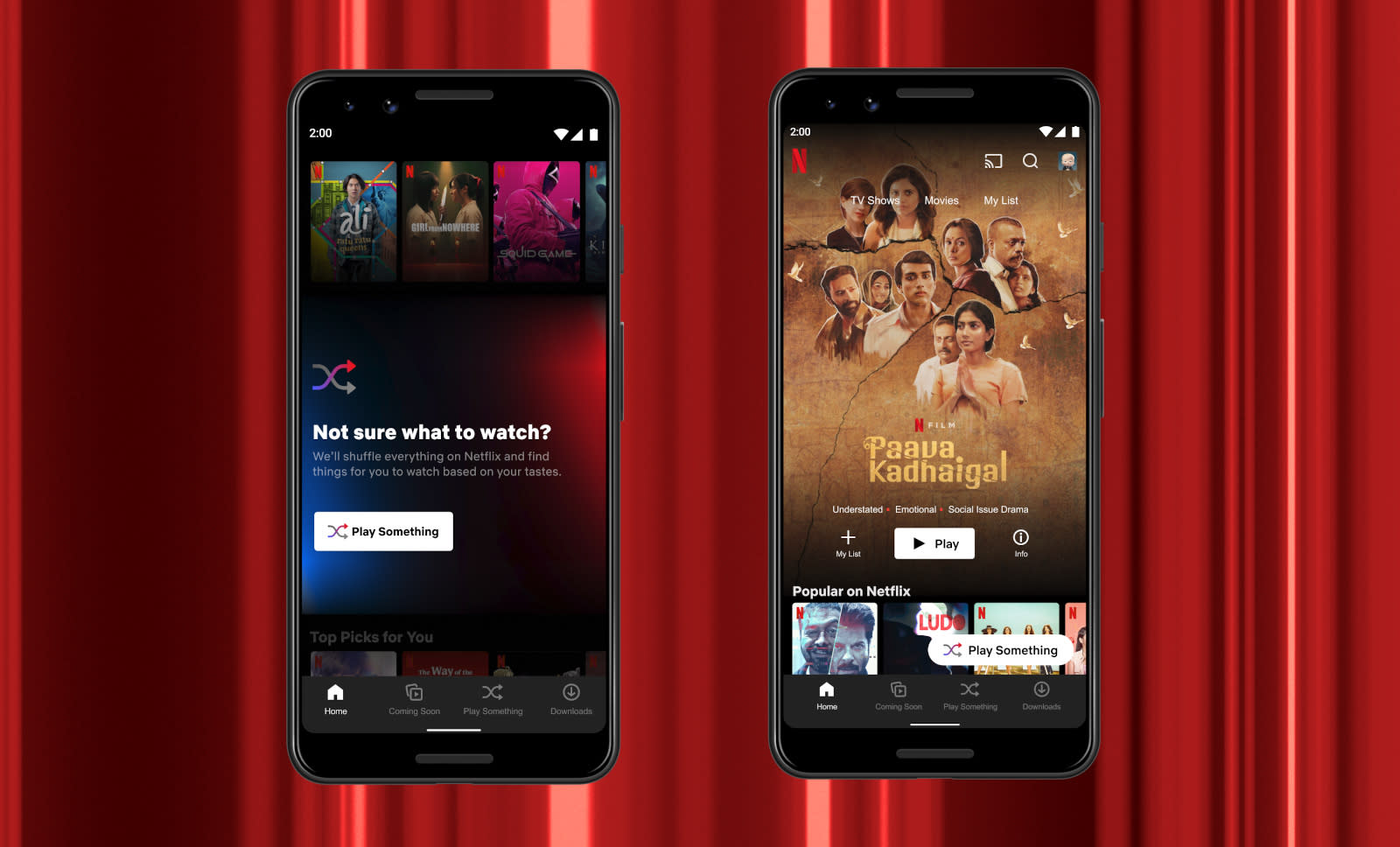 Netflix's shuffle play feature for Android is now available to everyone

Fast Laughs is now also out for Android in select markets.

Back in April, Netflix released its Play Something feature for TV devices with the promise of making it available on mobile in the near future. If you've been waiting for it to make its way to your phone, you'll be thrilled to know that the time has come: The streaming giant's shuffle play functionality will start rolling out to all Android users around the world today.

Streaming services have such a wide variety of choices, which keep growing every day, that scrolling through them and deciding on what to play could take hours. If you don't have anything specific to watch at the moment, the Play Something feature could held you fend off decision paralysis and prevent you from wasting what little time you have to relax. Just tap it to watch something the service's algorithm thinks you might enjoy based on your history.

Netflix started testing the feature for both adult and kids' profiles on Android in May, and a spokesperson told us testing for iOS will begin in the coming months. According to the streaming giant, users have been loving its shuffle play function for leading them to hidden gems they might not have found otherwise. Of course, the opposite could also be true if it turns out that Netflix's algorithm doesn't know you at all.

You can find the floating Play Something button at different places within the app, including the home screen. If you're viewing the page of a specific show, a button that says Play Something Else will show up. Patrick Flemming, Netflix's Director of Product Innovation, said in a statement:

"Play Something helps Netflix members discover new shows and movies when they don’t want to make decisions. Today, we're excited to bring this feature to Android, too - choosing what to watch on your phone has never been easier."

In addition, Netflix is launching Fast Laughs, its TikTok-style comedy feed that pulls funny clips from its catalog, for Android. Previously exclusive for iOS users, the feature will be available for Android in the US, Canada, UK, Australia, Ireland, India, Malaysia, Philippines and other select markets.