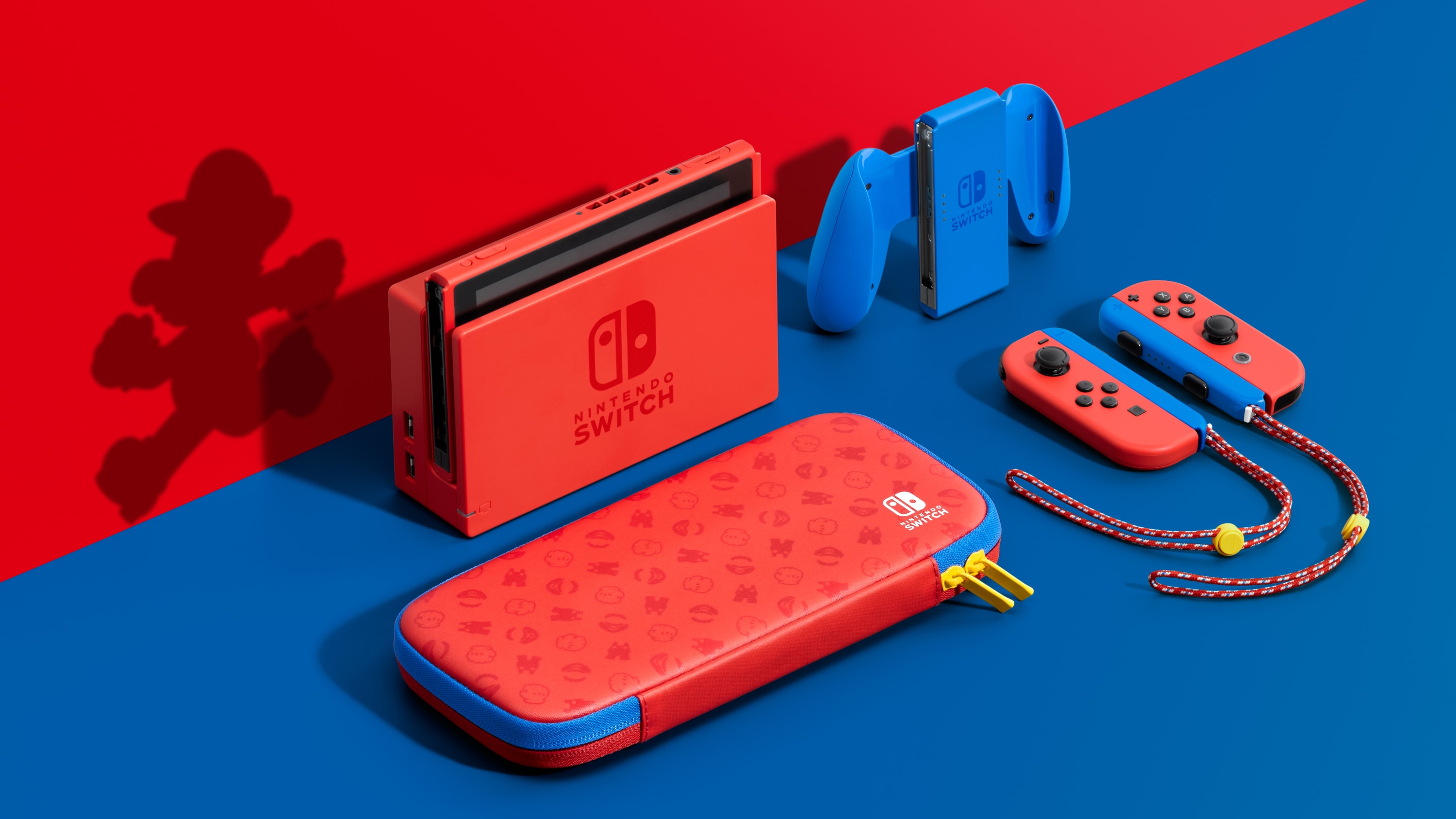 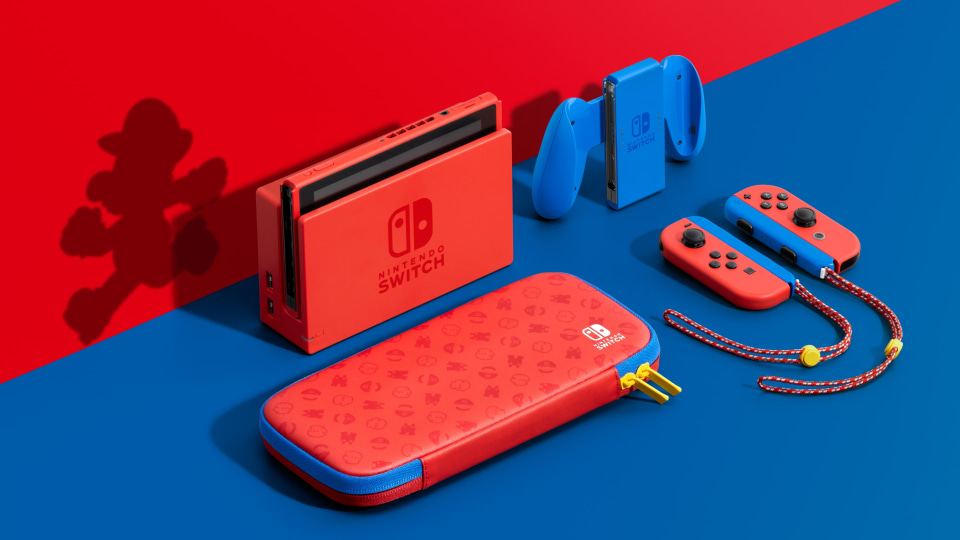 Last fall, Nintendo announced a slew of games and other announcements to celebrate the 35th anniversary of the original Super Mario Bros. Somewhat unexpectedly, Nintendo has another limited-edition product coming soon: the Switch - Mario Red & Blue Edition. The console, dock and Joy-Cons are all a bright, fire-engine red that evokes Mario’s classic color. But throw in the blue Joy-Con grips and you might find your eyes bleeding a bit. Nintendo completes the look with a red-and-blue carrying case that is unsurprisingly bright but has subtle gray glyphs representing various Mario enemies. It’s a distinctive set, for sure, but it’s also just a lot. Behold:

This set costs $299, the same price as the regular Switch, and it’ll be available at “select retailers” starting on February 12th. As with most limited-edition consoles, we expect this one to sell out quickly, so set your calendar if you want to take the plunge. While the whole look is a bit intense, that red Switch console and dock are pretty fabulous, and should look good with a variety of other Joy-Con color combos. The red Joy-Cons with the blue grip, on the other hand... well, there’s no accounting for taste. Also, WHY did Nintendo leave the Switch’s kickstand gray? The world may never know.

Nintendo also dropped a new trailer for Bowser’s Fury, an expansion included with the Super Mario 3D World release for Switch that, not coincidentally, also arrives on February 12th. The trailer shows familiar but new 3D Mario gameplay, but there’s a big twist at the end as a massive Bowser faces off against Mario, who has similarly powered himself up to a huge size. It’s an intriguing look, but Super Mario 3D World was already a must-buy — given the game was originally only available on the Wii U, it’ll be the first time that many people get a chance to play this adventure.

While other games Nintendo announced last fall like the Super Mario 3D All-Stars collection and Super Mario 35 (an online Mario battle royale) are only available through March 31st, it seems like Super Mario 3D World will still be able to buy after that date — but if you want the limited-edition console, don’t delay.

In this article: mario, switch, mario 35, nintendo switch, nintendo, news, gaming
All products recommended by Engadget are selected by our editorial team, independent of our parent company. Some of our stories include affiliate links. If you buy something through one of these links, we may earn an affiliate commission.