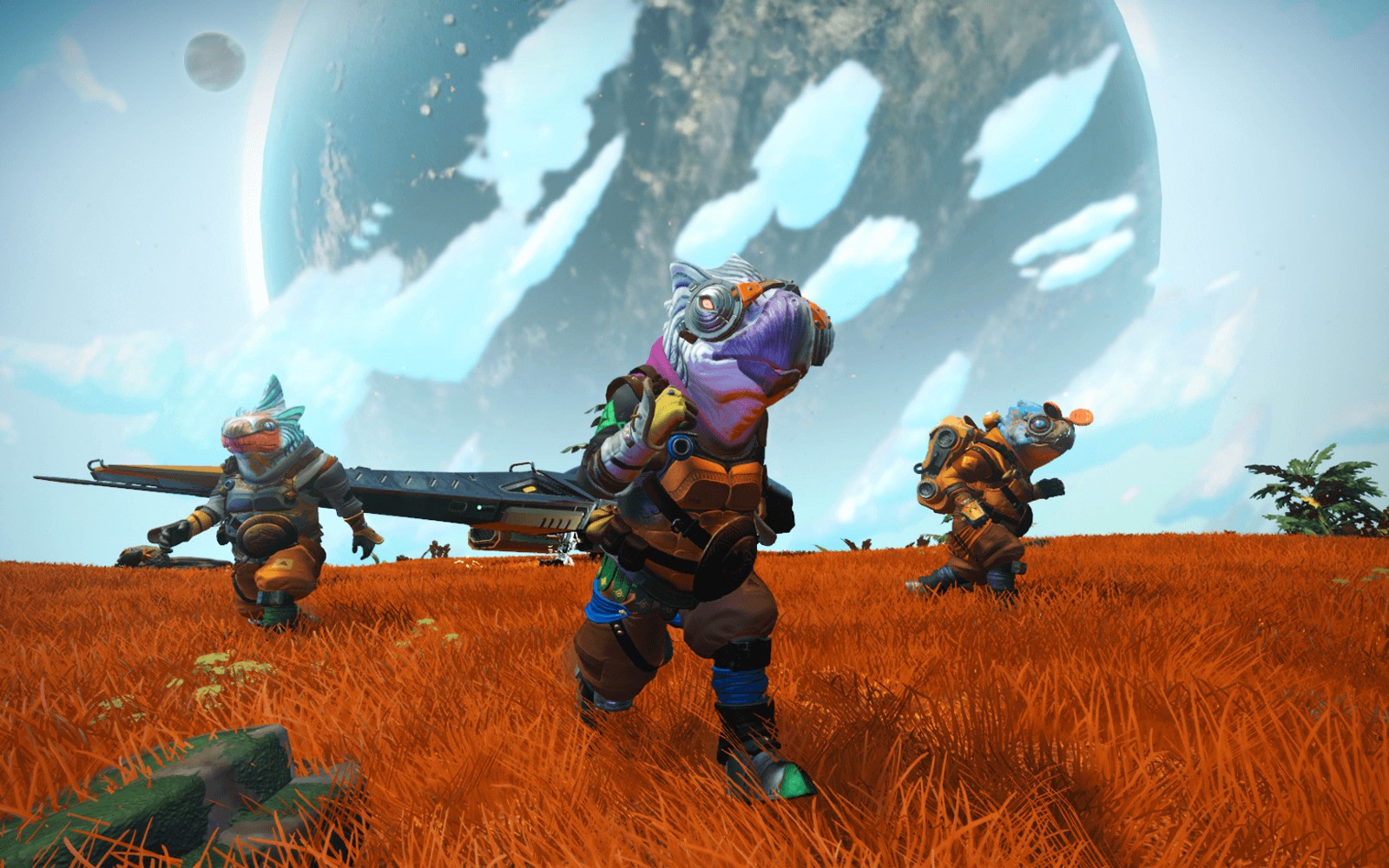 Hello Games co-founder Sean Murray said the studio spent months secretly rebuilding No Man's Sky networking backend to make crossplay a possibility. "A tremendous amount of work has gone into this update and the underlying technology and systems," he said. "We've moved to an entirely new networking architecture, with more flexibility for the future, allowing players to play together regardless of platform."

When you install the update, you'll see players from other platforms appear while flying through space, exploring planets and visiting the Space Anomaly. You'll be able to tell if someone is playing on another platform, thanks to a handy controller icon next to their name. What's more, you'll be able to add those players to an in-game friends list so that you can play with them again in the future.

As part of the same update, Hello Games is adding a couple of new accessibility features to No Man's Sky. Within the network settings, two new options allow players to set the game to transcribe and translate voice chat automatically. Elsewhere, there's also a new option to see your character's body while playing the game in VR.

Few games have had a complete turnaround like No Man's Sky. After a disappointing launch in 2016, Hello Games stuck with its exploration title, and it's only gotten better since with each major update. The Next and Beyond updates were a turning point, but perhaps the most exciting part of today's announcement is that Hello Games says it still has a lot planned for the game. "We are continuing to work hard on new content updates, large and small for the future," said Murray.

In this article: No Mans Sky, PC, PlayStation 4, Sony, Crossplay, hello games, video games, game pass, xbox one, microsoft, xbox game pass, news, gaming
All products recommended by Engadget are selected by our editorial team, independent of our parent company. Some of our stories include affiliate links. If you buy something through one of these links, we may earn an affiliate commission.