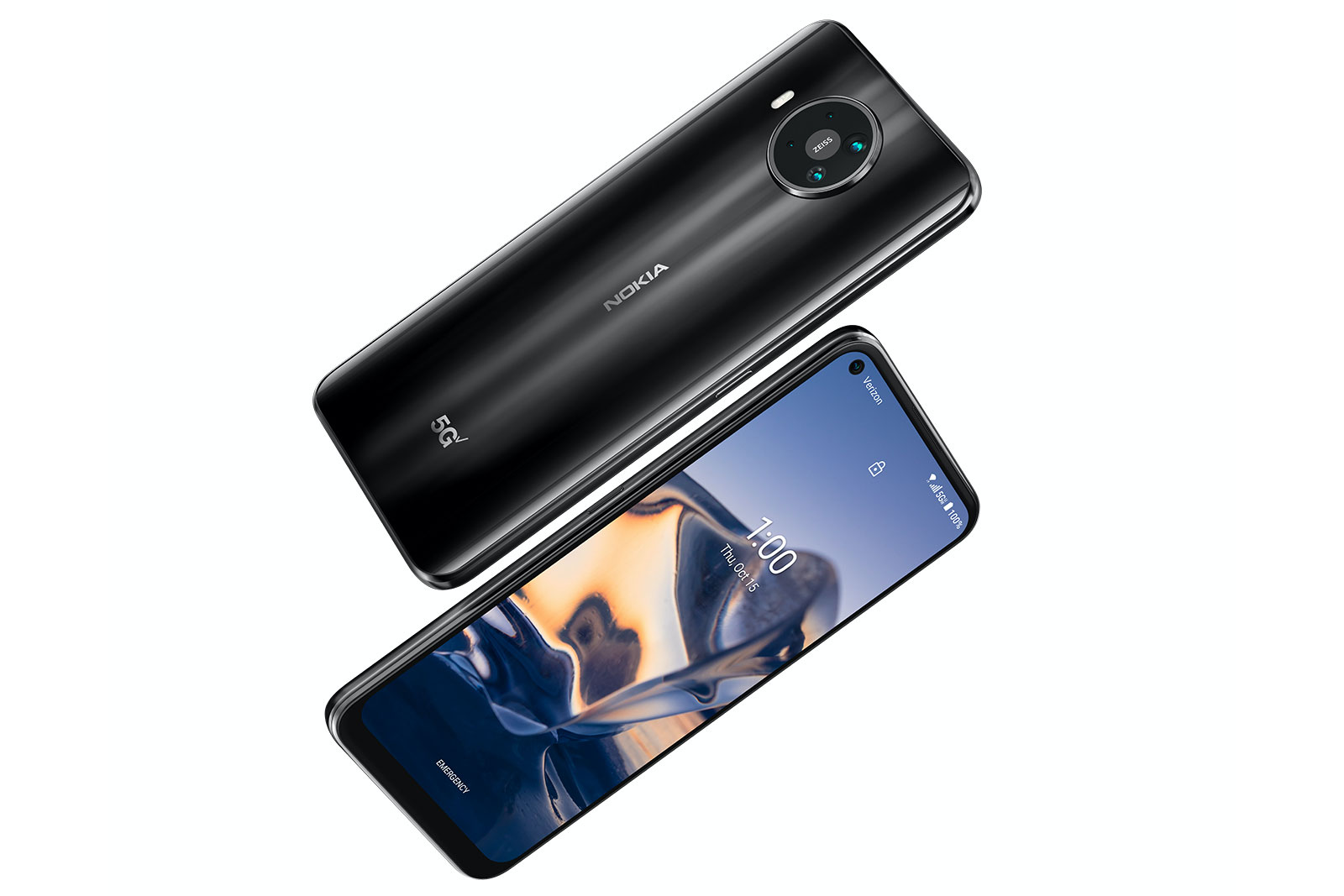 The Nokia badge hasn’t been attached to high-profile US carrier launches in a long time (its Windows Phones come to mind), but HMD Global wants to change that. It’s launching the Nokia 8 V 5G UW, an upper-mid-range Android phone exclusive to Verizon (Engadget’s parent company) and its first major American carrier deal. As the awkward name implies, it’s really a take on the 8.3 5G with support for Verizon’s mmWave 5G network — though that may be a good thing if you value display and camera tech above all else.

The 8 V 5G UW centers on a large 6.81-inch, HDR-capable display as well as a quad rear camera setup that promises better-than-usual photos with Zeiss lenses. The 64-megapixel primary camera with 1.6-micron “super pixels” (read: pixel binning) isn’t spectacular by itself, but you’ll also get a 12MP ultra-wide cam that can offer even larger 2.8-micron super pixels for stronger low-light photos. Gimbal-like video stabilization helps, too. A 2MP macro lens and a similarly-sized depth sensor offer some flexibility, though they won’t blow away other devices.

You’re otherwise getting a decidedly middling device with a Snapdragon 765G chip, 6GB of RAM and 64GB of expandable storage, although the 4,500mAh battery could last a long while.

Verizon will start carrying Nokia’s new phone on November 12 for $700 outright. That price makes it a tougher sell when phones like the Galaxy S20 FE, Pixel 5 and iPhone 12 series may offer higher performance or camera advantages for comparable prices. The 8 V 5G UW is at least competitive, however, and the combination of a giant screen and camera tricks might prove appealing.

In this article: HMD GLobal, Nokia, Android, Nokia 8.3 5G, 5G, Verizon, mobile, smartphone, gear
All products recommended by Engadget are selected by our editorial team, independent of our parent company. Some of our stories include affiliate links. If you buy something through one of these links, we may earn an affiliate commission.