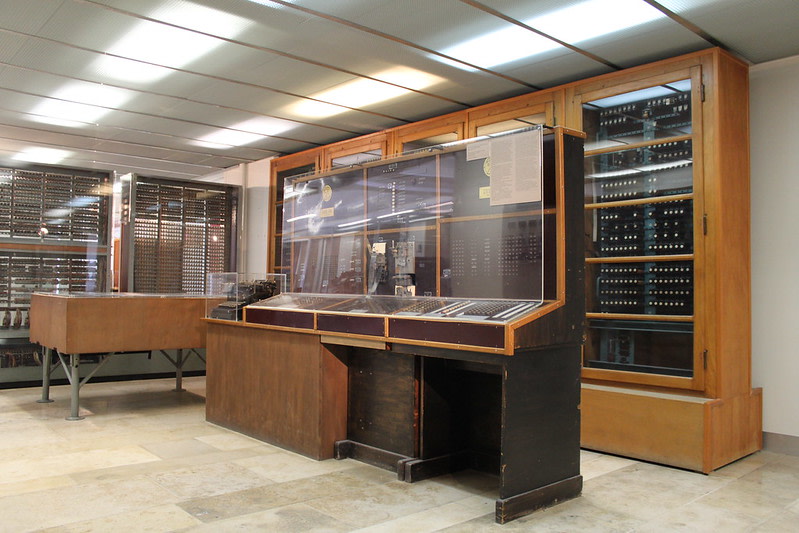 Researchers will be able to gain a deeper understanding of what’s considered the world’s oldest surviving (digital) computer after its long-lost user manual was unearthed. The Z4, which was built in 1945, runs on tape, takes up most of a room and needs several people to operate it. The machine now takes residence at the Deutsches Museum in Munich, but it hasn’t been used in quite some time.

An archivist at ETH Zurich, Evelyn Boesch, discovered the manual among her father’s documents in March, according to retired lecturer Herbert Bruderer (via Motherboard). René Boesch worked with the Swiss Aeronautical Engineering Association, which was based at the university’s Institute for Aircraft Statics and Aircraft Construction. The Z4 was housed there in the early 1950s.

Among Boesch’s documents were notes on math problems the Z4 solved that were linked to the development of the P-16 jet fighter. “These included calculations on the trajectory of rockets, on aircraft wings, on flutter vibrations [and] on nosedive,” Bruderer wrote in a Association of Computing Machinery blog post.

The computer itself has quite the backstory. German civil engineer Konrad Zuse invented the Z4 under the Nazi regime and is the likely author of the manual, according to Bruderer. At one point, the Nazis wanted Zuse to move the computer to a concentration camp, where the regime used forced labor to build rockets and flying bombs. He refused, and instead moved the Z4 to a barn in a remote town to wait out World War II.

Mathematician Eduard Stiefel later acquired the Z4 for ETH Zurich’s Institute for Applied Mathematics. It spent a few years at the French-German Research Institute of Saint-Louis before the Z4 was transferred to the Deutsches Museum in 1960.

In this article: zuse, zuse z4, computing, old computer, manual, user manual, usermanual, news, gear
All products recommended by Engadget are selected by our editorial team, independent of our parent company. Some of our stories include affiliate links. If you buy something through one of these links, we may earn an affiliate commission.