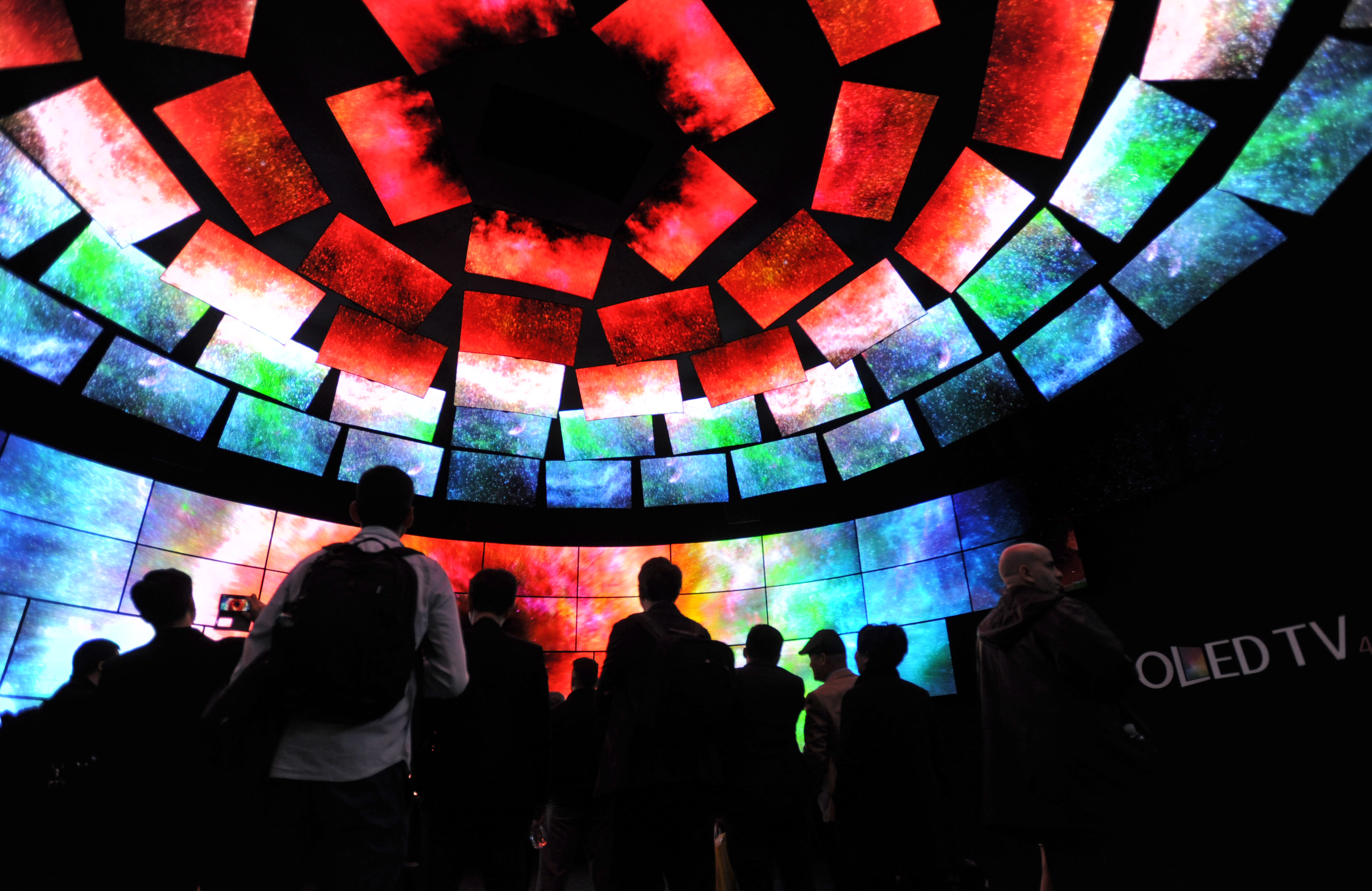 So you've bought an OLED TV — now what?

Here's everything you need to make the most of your fancy new set.

So you've picked up a new OLED TV, the creme da la creme of television options. It doesn't matter if you own one of LG's new CX TV, Sony's Master Series or even an older or used OLED. Your screen will still look far better than the vast majority of LCD sets, with unmatched black levels and eye-popping contrast. But even if you've got one of the best screens around, there are always a few upgrades you can still make.

Tune your settings properly with a calibration disc

While most TVs have a useful array of preset picture settings, they still need to be adjusted for your living space. One helpful way to tweak all of those settings is with a calibration disc, like Spear & Munsil's HD Benchmark Blu-ray. It'll walk you through everything you need to do to ensure you're getting the best picture possible, while also avoiding pitfalls like losing detail in extremely bright and dark scenes. If you're lucky enough to have a 4K Blu-ray player, or a gaming console with one of those drives, go for the updated UHD version of Spear & Munsil's benchmarks, which also helps you adjust finicky HDR settings.

If you want the best possible image quality, you can always hire a professional to calibrate your set. But from my experience, and from what I've learned from TV experts, that's usually overkill for most people. Spending an hour or two with a calibration disc will mostly get you the quality bump you'd want.

I know this may seem obvious, but I'm still shocked how often I need to remind people that their sound system is just as important as their shiny new TV. Now, I'm not saying you need to build out a discrete Dolby Atmos home theater system (though that'll certainly net you the best sound quality at home). You can still get a decent audio upgrade with a soundbar, even if you’re on a budget. At the most basic level, it'll serve as a replacement for your OLED TV's wimpy speakers. But modern soundbars can also serve as the centerpiece for a wireless surround system, and many also include support for Dolby Atmos audio, which can simulate overhead sound.

The picks from our 2019 soundbar guide still hold up: Vizio's SB362An-F6 remains a solid option under $100. And if you're aiming for something a bit more immersive, consider the company's M-Series lineup, which starts with a more capable all-in-one soundbar. You can also step up to the $350 M-series wireless surround system, which includes two rear satellites and a separate subwoofer. And if you want premium Vizio quality, there's the $1,000 Elevate soundbar, which can rotate to produce overhead Dolby Atmos and DTS:X audio.

If you dislike Vizio for some reason, Sonos's family of products are also worth considering, especially if you already have some Sonos speakers. The $399 Beam is still a capable mid-range option, and you can later add other Sonos hardware to transform it into a true surround sound system. At the high end, there's the $799 Arc, which delivers much bigger sound with Dolby Atmos support.

The great thing about OLED screens is that they offer almost infinite amounts of contrast. But one major downside of any modern TV is they're often way too bright to comfortably watch at night without turning things down a notch. That's where bias lighting comes in — it encompasses any sort of lighting that's placed behind your TV to provide ambient light. By diffusing the lighting in your living room a bit, it can help to reduce eye strain from staring at a bright screen.

You could just do this with any old lamp, but for a more balanced option, consider something like Nexilumi's LED light strip, which offers app-based control and a variety of color options. And if you own Philips Hue smart lights, you should consider the Ambiance LightStrip Plus. Hue lights can also work with the company's HDMI box, which can synchronize your lighting with the images on your TV. It's a trippy and immersive upgrade, but it'll cost you $230.

Other hardware worth considering

Headphones are essential for night-time viewing. Our wireless headphone guide can get you started, though you should be able to connect any Bluetooth headphones to your TV easily.

It may seem like overkill, but if you want to watch the best quality 4K content on your OLED, you should get a 4K Blu-ray player. 4K discs always look better than 4K streams, plus most players will do a better job of upscaling your older Blu-rays and DVDs than your TV. You can also play 4K Blu-rays on modern game consoles, but I've found those interfaces far more annoying to navigate.