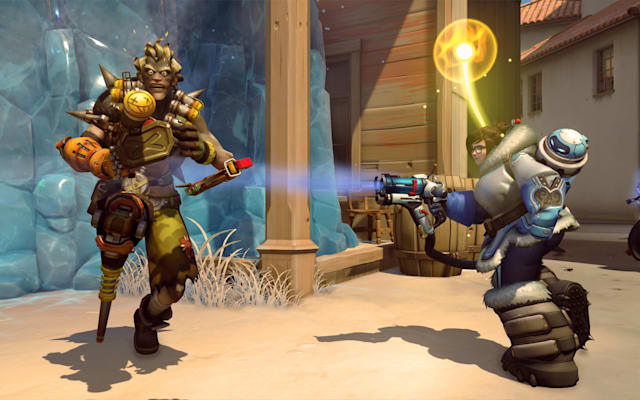 Competitive Open Queue mode is set to become a permanent feature in Overwatch. In a video address, Blizzard game director Jeff Kaplan revealed that the new arcade mode — which lets players pick a character without being restricted by the 2-2-2 split of the traditional Role Queue model — will be added as a permanent competitive fixture thanks to its popularity in some parts of the world, notably South Korea.

Kaplan says that the mode will disappear from Arcade playlists for a short while before getting a shortened season in mid-June (“but don’t hold me exactly to that date”) before disappearing again. It’ll then return as an official, permanent Competitive mode alongside Role Queue when Season 23 starts up in July.

Some players have voiced concerns about queue times, but Kaplan says that Blizzard’s data shows the new mode will actually improve wait times, rather than stretch the out. However, he does reassure fans that the game will continue to be balanced specifically for Role Queue, which will remain the primary competitive mode for Overwatch.

There are a few other tweaks in the pipeline, too. According to Kaplan, the Experimental card will be making a return soon, and there are some planned changes for hero pools, notably that they’ll no longer apply in matches for players with skill ratings below 3500. Come Season 23, then, only the top players will be subject to hero pools. Overwatch 2 is still very much on Blizzard’s agenda, but with no release date yet announced these sort of changes help keep the OG game interesting.

In this article: Overwatch, Blizzard, Competitive Open Queue, mode, arcade, role queue, Jeff Kaplan, news, gaming
All products recommended by Engadget are selected by our editorial team, independent of our parent company. Some of our stories include affiliate links. If you buy something through one of these links, we may earn an affiliate commission.