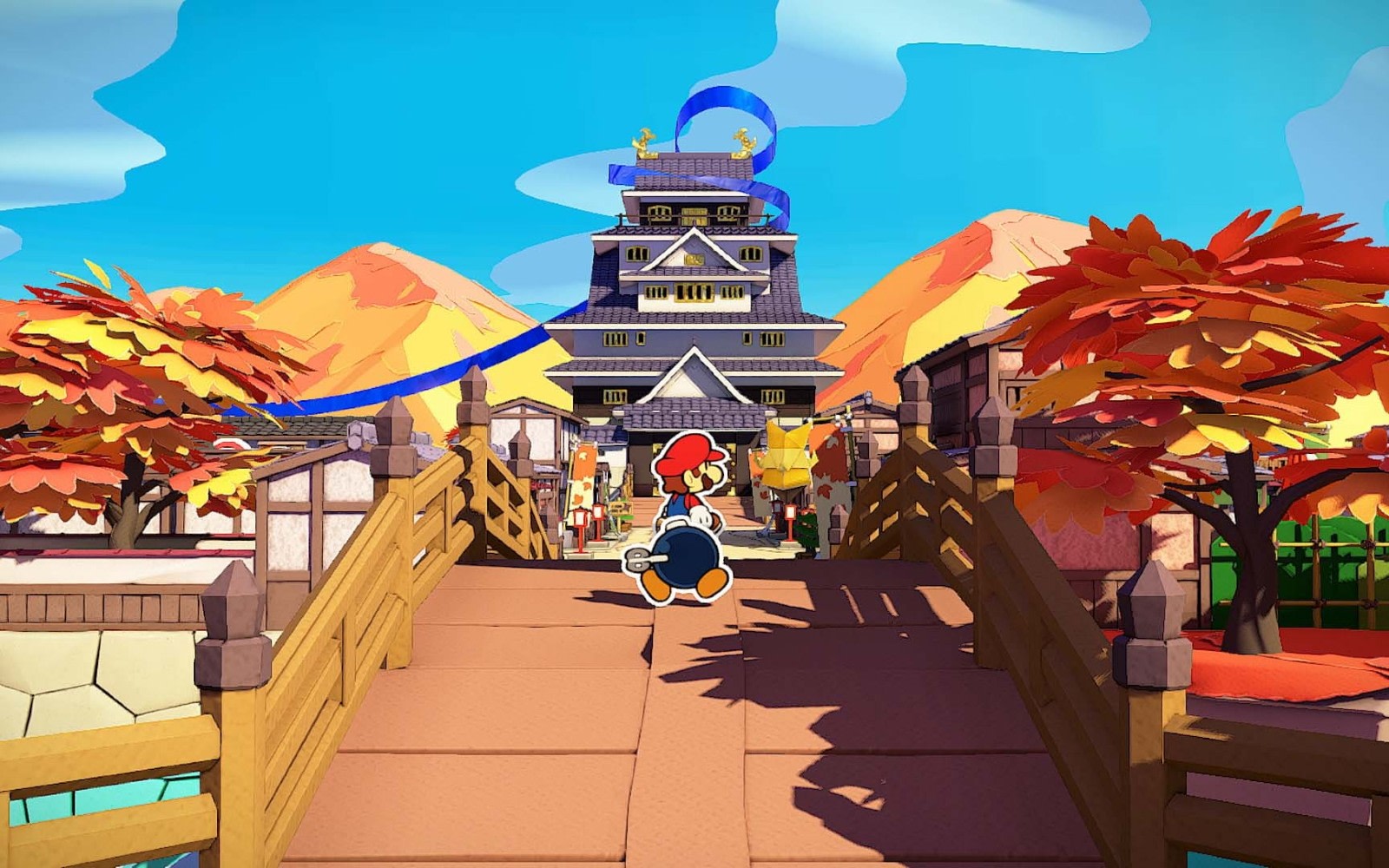 Nintendo has released a new trailer detailing Paper Mario: The Origami King's positioning-based combat system. The upcoming title shakes up the traditional Paper Mario affair with a new ring-based battle mechanic. Mario starts each conflict at the center of a circle, surrounded by multiple enemies on all sides. You can turn the odds in his favor by rotating and sliding the rings on the outer parts of the circle.

Where some strategy comes into play is that each turn you'll have a limited amount of ring moves and time to execute a plan of attack. Mario's abilities are most effective when you can position enemies in certain formations. For example, the plumber's boot stomp is best used against a long line of foes, while his hammer strike can take out several bunched up enemies in a frontal cone.

Boss battles add another twist to the combat system. Instead of starting at the center of the circle, Mario will need to work his way from the outside in. To do damage to the boss in the middle, you'll need to chart a path so that Mario can avoid any attacks that come his way. The bosses are part of a group called the Legion of Stationery, with each one modeled after a piece of office supply. In the trailer, we see Mario take on a case of colored pencils. Later, a purple tape dispenser does its worst against Mario's paper form.

In between battles, Mario will be able to find hidden Toads. Thanks to the Origami King, they'll be disguised as objects in the game world, and you'll have to cast a keen eye to find them. The Toads you find will assist you in latter battles. The trailer also provides a glimpse at some of the locations Mario will visit on his adventure. It's a varied collection of locales, with Nintendo promising a ninja-filled mansion, a serene autumn mountain and more.

Nintendo will release Paper Mario: The Origami King on the Switch on July 17th. Sony's Ghost of Tsushima comes out on the same day.

In this article: Nintendo, Nintendo Switch, Paper Mario, Paper Mario The Origami King, video games, news, gaming
All products recommended by Engadget are selected by our editorial team, independent of our parent company. Some of our stories include affiliate links. If you buy something through one of these links, we may earn an affiliate commission.