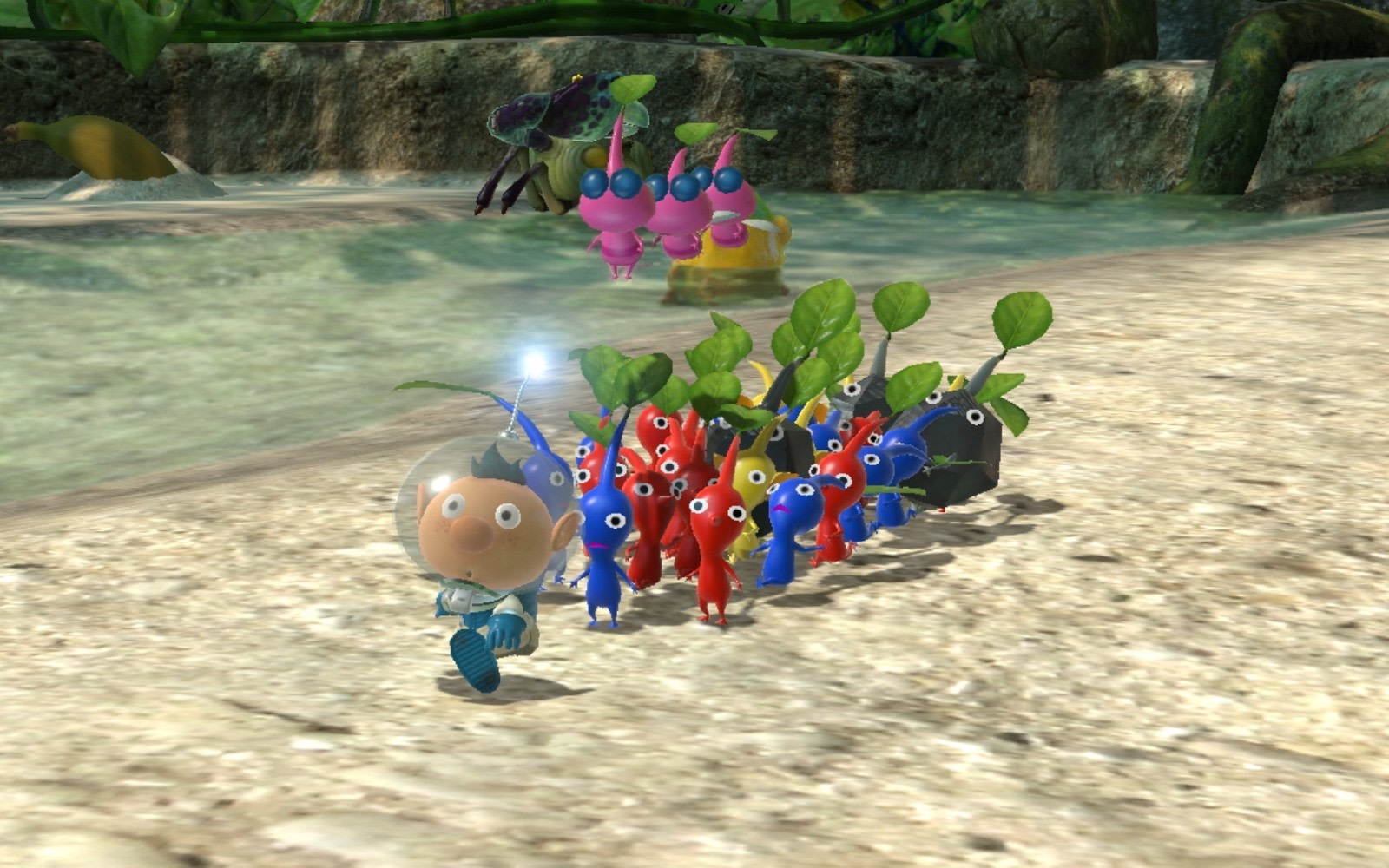 Another Wii U classic is making its way to the Nintendo Switch. Nintendo will release an expanded version of Pikmin 3 called Pikmin 3 Deluxe on October 30th.

The most notable feature the company is adding for the $60 rerelease is co-operative play. You and a friend will be able to play through Pikmin 3's story together. Nintendo has also added new difficulty settings, enhanced targeting and a hints system to help players if they get stuck on a tricky puzzle. They'll also be new side-story missions to play. Like the game's story campaign, you'll have the chance to work through those with a friend.

Initially released in 2013, Pikmin 3 earned a small but dedicated fanbase thanks to its tightly designed levels and fun puzzle gameplay. Over the years, Nintendo has slowly ported some of the Wii U's best games to its latest (and more successful) console. In January, the company released an enhanced version of Fire Emblem and Shin Megami Tensei crossover Tokyo Mirage Sessions. Some of the other notable Wii U titles that have made the jump to Switch include Mario Kart 8 and Captain Toad: Treasure Tracker.

In this article: Nintendo, video games, Pikmin 3, Pikmin 3 Deluxe, Nintendo Switch, wii u, news, gaming
All products recommended by Engadget are selected by our editorial team, independent of our parent company. Some of our stories include affiliate links. If you buy something through one of these links, we may earn an affiliate commission.