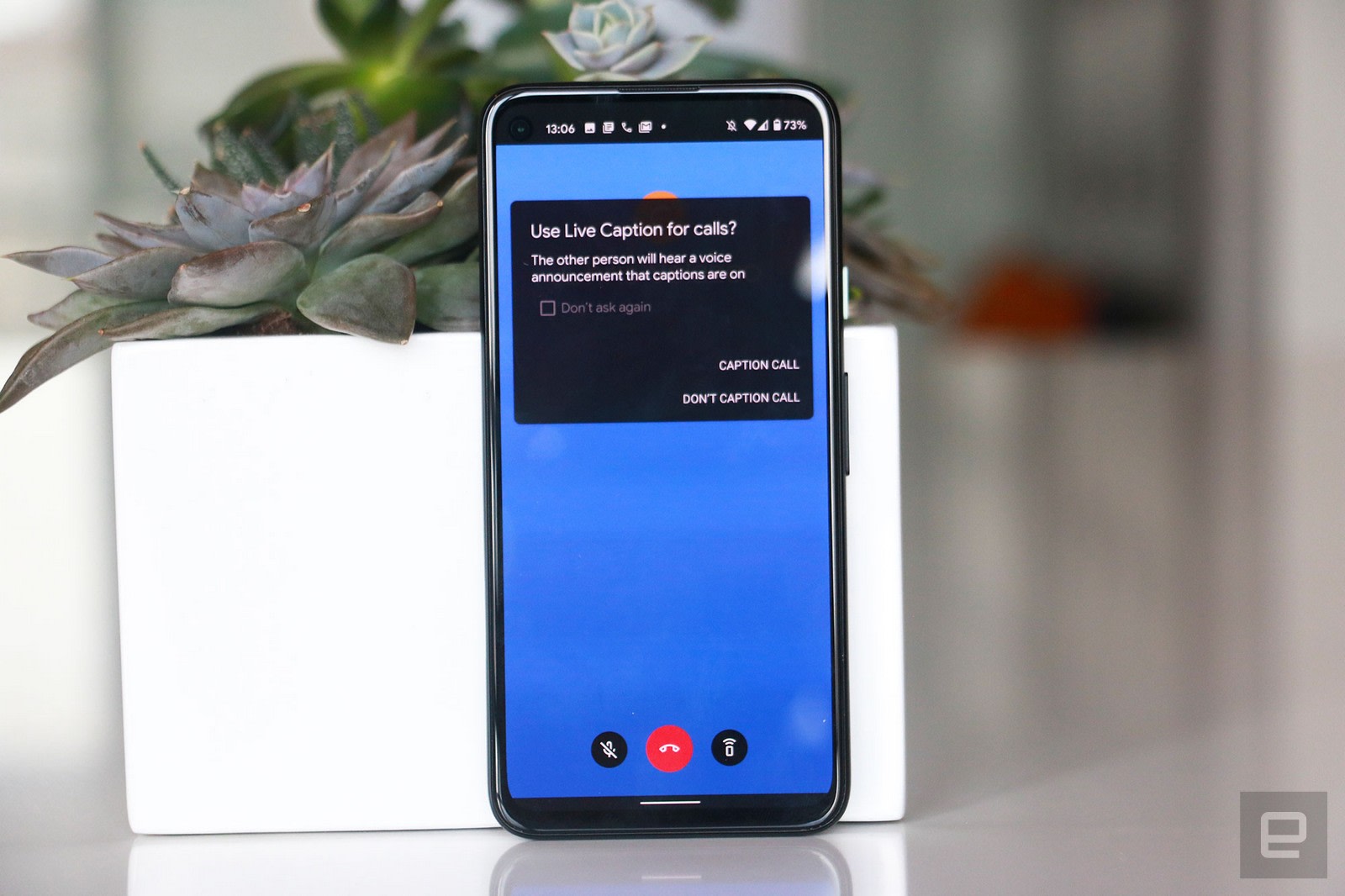 Google’s Live Caption tool is not only an important accessibility feature, but it’s also useful in noisy environments like a bar or a subway station. It’s available on Pixel phones and computers through the Chrome browser, and will provide onscreen subtitles for any media that plays audio on your device. But it didn’t work for calls before. With today’s launch of the Pixel 4a, though, Google is unveiling Live Caption for Calls and it’ll be available on the Pixel 2, 3, 3a, 4 and 4a.

The feature will work with all calls, whether they’re voice or video, cellular or WiFi. It’ll also support Google’s Duo and third-party apps like Telegram, Facebook Messenger and WhatsApp. Basically, as long as it’s a voice that’s played through the phone, it can be Live Captioned.

Part of the reason it was tricky to enable Live Caption for Calls is that the subtitles that appear on the screen can be screenshotted, which can be similar to recording a conversation. That brings up issues of consent and privacy. Google’s way around this is to alert people when Live Caption is being used on a call, saying “Hi, the person you’re about to speak with has call captions turned on. They’ll see captions of what you say to help them listen along.”

This approach is similar to what Google did with its Duplex restaurant-reservation AI that makes bookings over the phone on users’ behalf. Live Caption is an important feature that sets Google’s phones apart by making it easier for those who are deaf or hard of hearing to interact with content. If the company sticks to what it’s done in the past, it’s likely that the tool will roll out to other Android phones eventually, which is a good step towards improving accessibility overall.

In this article: google, pixel 4a, pixel, live caption, accessibility, pixel 4, pixel 3, pixel 3a, pixel 2, Android, news, gear
All products recommended by Engadget are selected by our editorial team, independent of our parent company. Some of our stories include affiliate links. If you buy something through one of these links, we may earn an affiliate commission.