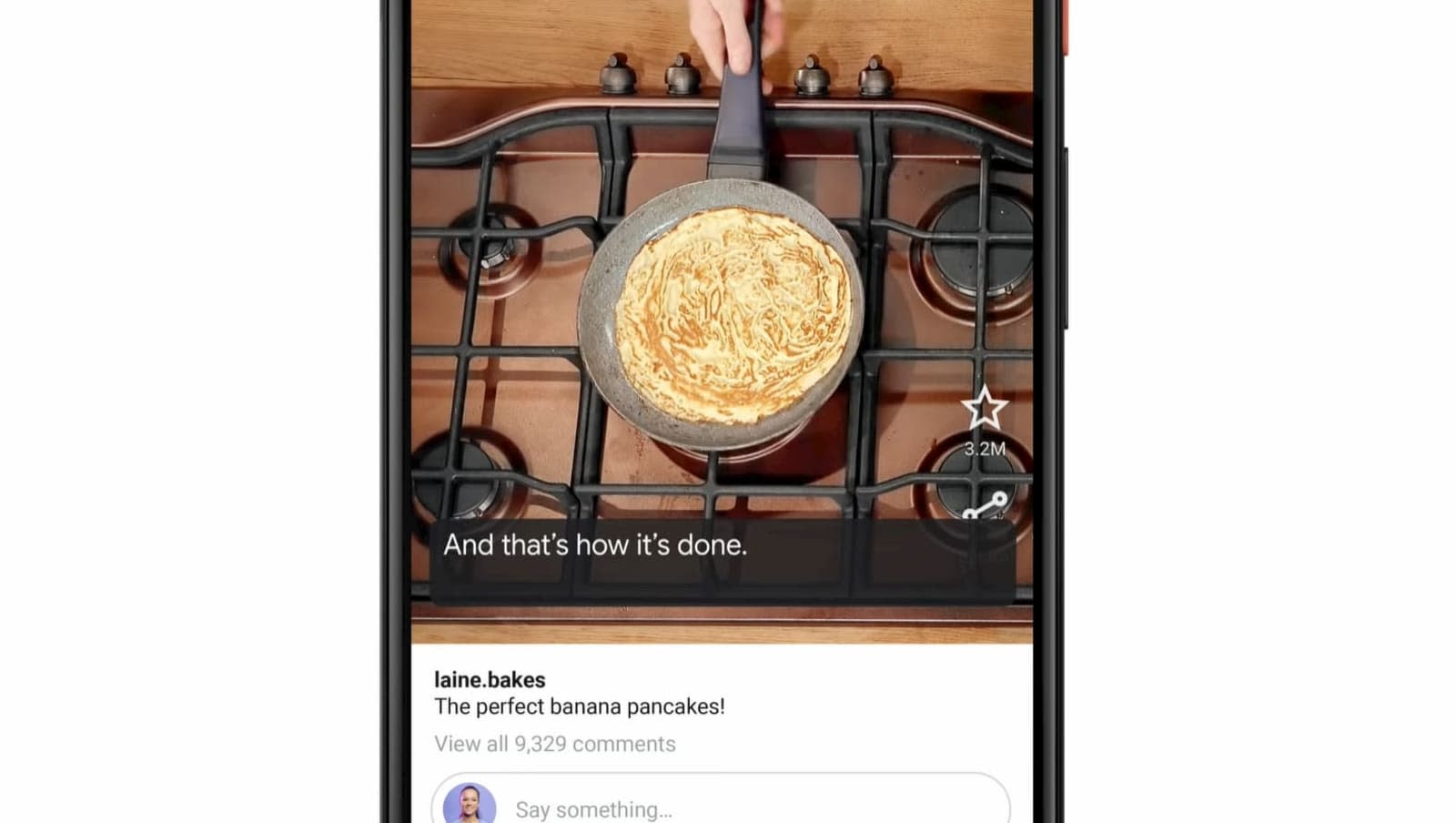 At I/O in May, Google showcased its Live Caption tech, which provides captions for all audio on your device in real-time, except for voice and video calls. Google has now revealed when you'll be able to take advantage of the accessibility feature.

Live Caption is available on Pixel 4 at first, and it'll arrive on Pixel 3 and 3a phones later this year. Google says it's working with Android manufacturers to bring Live Caption to other devices next year. It'll be available in English at first, with support for more languages arriving later. Google notes that the transcriptions might have inaccuracies (especially if the sound quality isn't great), but it'll keep improving the tech to reduce the number of errors.

You can activate Live Caption by tapping a prompt that pops up after you press the volume button. The feature works entirely on your device, so you won't need a data or WiFi connection to use Live Caption. Since all the processing takes place on your phone, the captions will remain private. You can drag the text around on your screen and expand it to see more text at once with a double tap.

If it works well, it could be hugely beneficial for deaf and hard-of-hearing people. It might be useful for folks who are in a noisy place without their headphones too. Google announced another helpful accessibility feature last week, with improved spoken walking directions for Google Maps.

The rollout comes just after Google's Pixel 4 event at which it showed off its new Recorder app. That will simultaneously capture and transcribe audio for you in real-time. Recorder and Live Caption also follow the live captioning YouTube has offered for a decade.

Update 10/17/19 4:21AM ET: This article has been updated to reflect the correct time frame for Live Caption integration on third-party Android smartphones.

In this article: accessibility, android, audio, captioning, captions, gear, google, live caption, live captions, livecaption, livecaptions, pixel 4, pixel4, services, transcription
All products recommended by Engadget are selected by our editorial team, independent of our parent company. Some of our stories include affiliate links. If you buy something through one of these links, we may earn an affiliate commission.