Here's everything Google announced at the Pixel 4 event

Despite all of the leaks ahead of Google's Pixel 4 hardware event today, the company still had plenty to share. Of course, we got our first official look at the Pixelbook Go and Pixel 4/4XL, but we also got to see the new Nest Mini, Nest WiFi and Pixel Buds. And Google had plenty of new features -- like ultrasound sensing and an improved Recorder app -- to wow the crowd.

We got our first official glimpse of the Pixelbook Go, Google's most affordable Chromebook yet. Google confirmed what we saw in leaks and shared details on pricing. The Pixelbook Go will start at $649, that's $350 less than the original. While its design is less distinctive than before, it does have two big changes: you won't be able to flip it into tablet mode and it has a unique ridged back that could make it easier to grip. 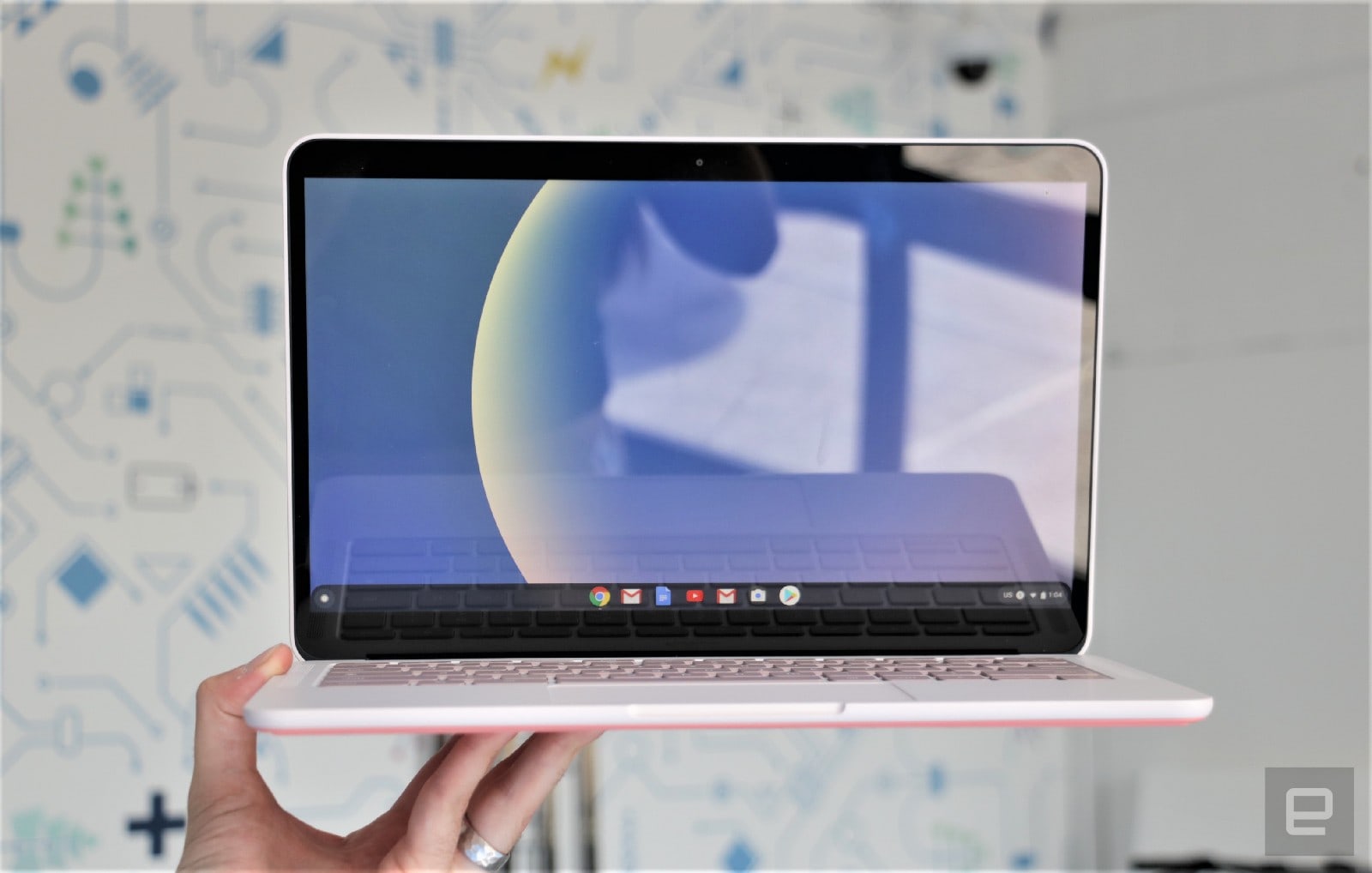 Pixel 4/4 XL coming to all carriers

Google's new Pixel 4 and Pixel 4XL will be available through every major US carrier. This means you no longer have to subscribe to Verizon (Engadget's parent company) if you want to buy a Pixel phone directly from a US carrier. Pricing and availability at each network has not yet been revealed. 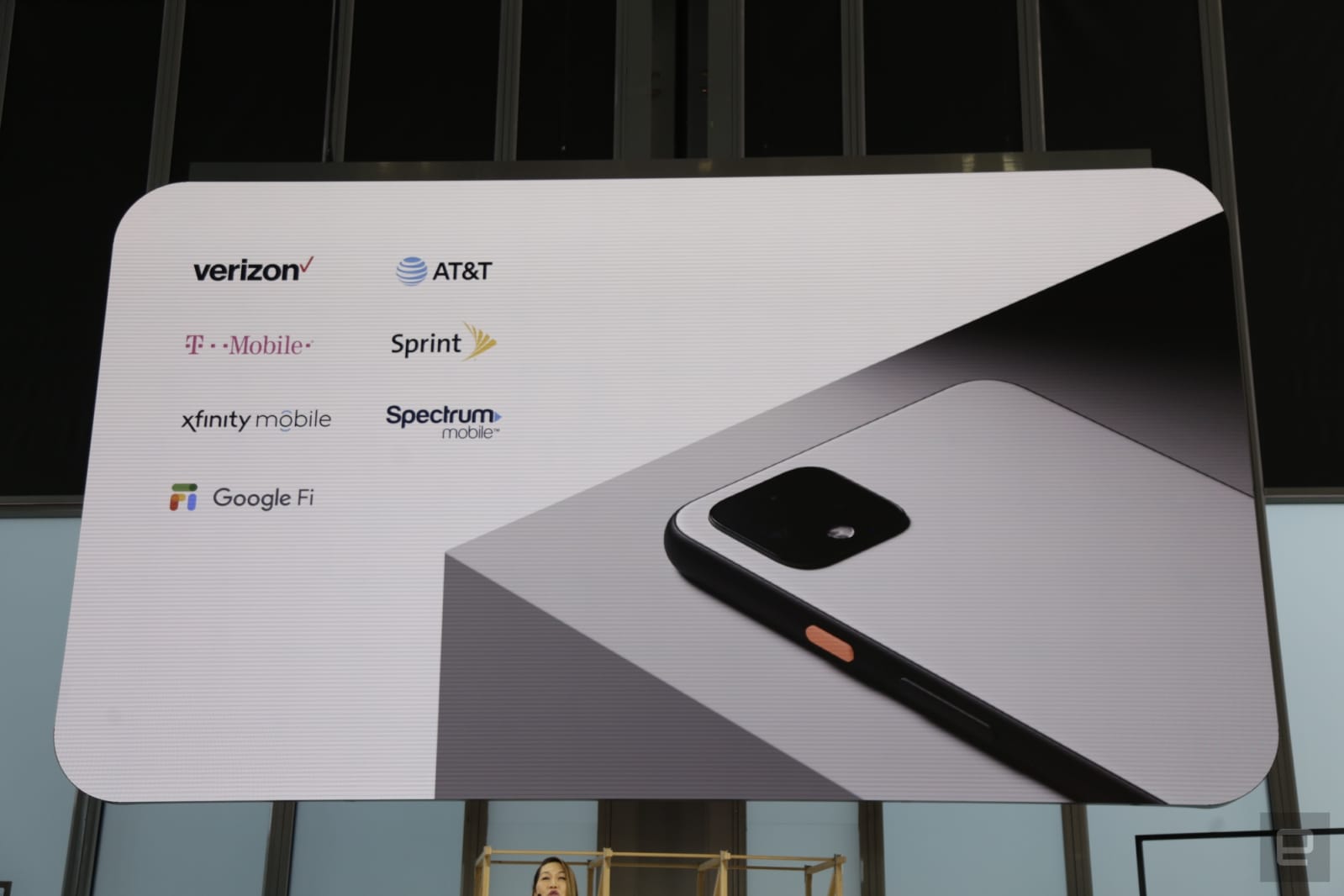 Both of Google's new phones will come with with 12.2-megapixel f/1.7 main, 16-megapixel f/2.4 telephoto and 8-megapixel selfie cameras. The Pixel 4 will use a combination of the optical zoom via the second camera and Google's "Super Res Zoom" software to deliver extra sharp images. In terms of video, the cameras can handle 4K at up to 30 fps, and 1080p at 120 fps. Those changes put the phone (nearly) on par with the iPhone 11 and Huawei's P30 Pro. 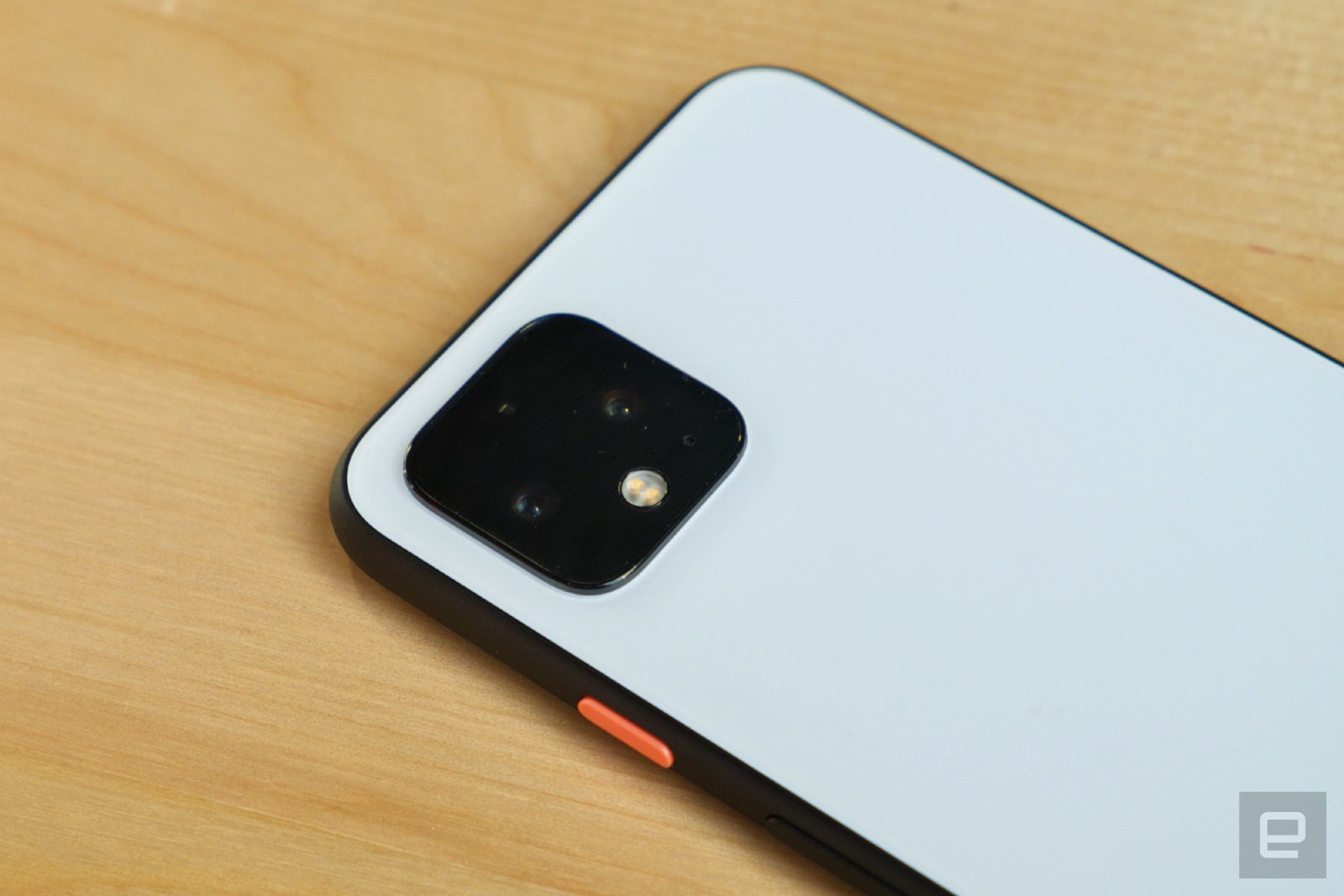 As Engadget's Dan Cooper writes, "Long before today, Google had confirmed that the Pixel 4 would support air gestures and face unlock using a new type of sensor." Today, Google shared what that will look like. Users will be able to wave their hands at the device to control it, and even answer calls with a flick of the wrist in mid-air.

The phones will also use radar to speed up Face Unlock. As the phone is being lifted, Motion Sense will activate the radar and prepare to scan your face before it's even in view. 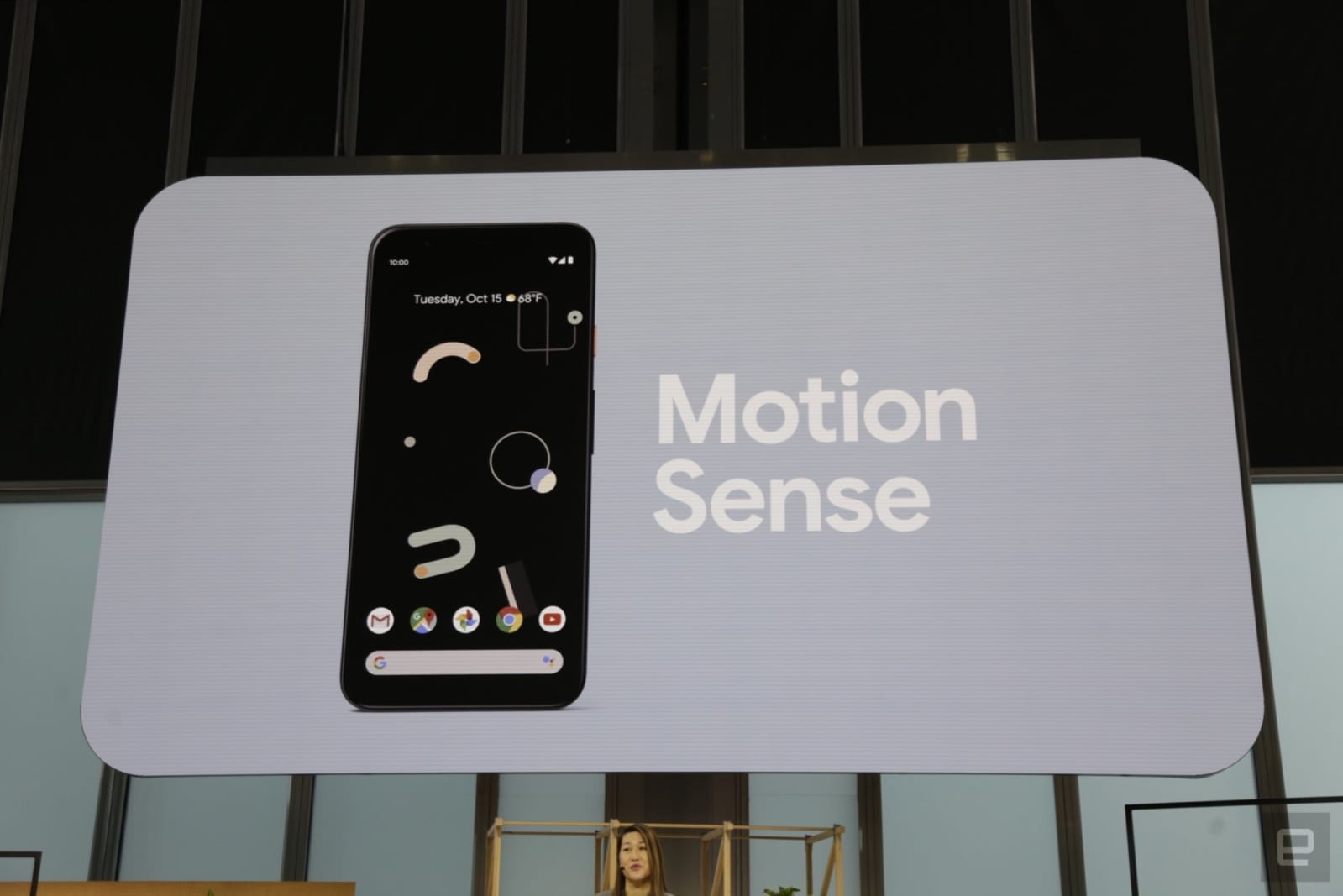 Google is giving Assistant a fresh look on Pixel 4. You'll also be able to set a time limit for how long your activity data remains on your Google account and delete that data using your voice. 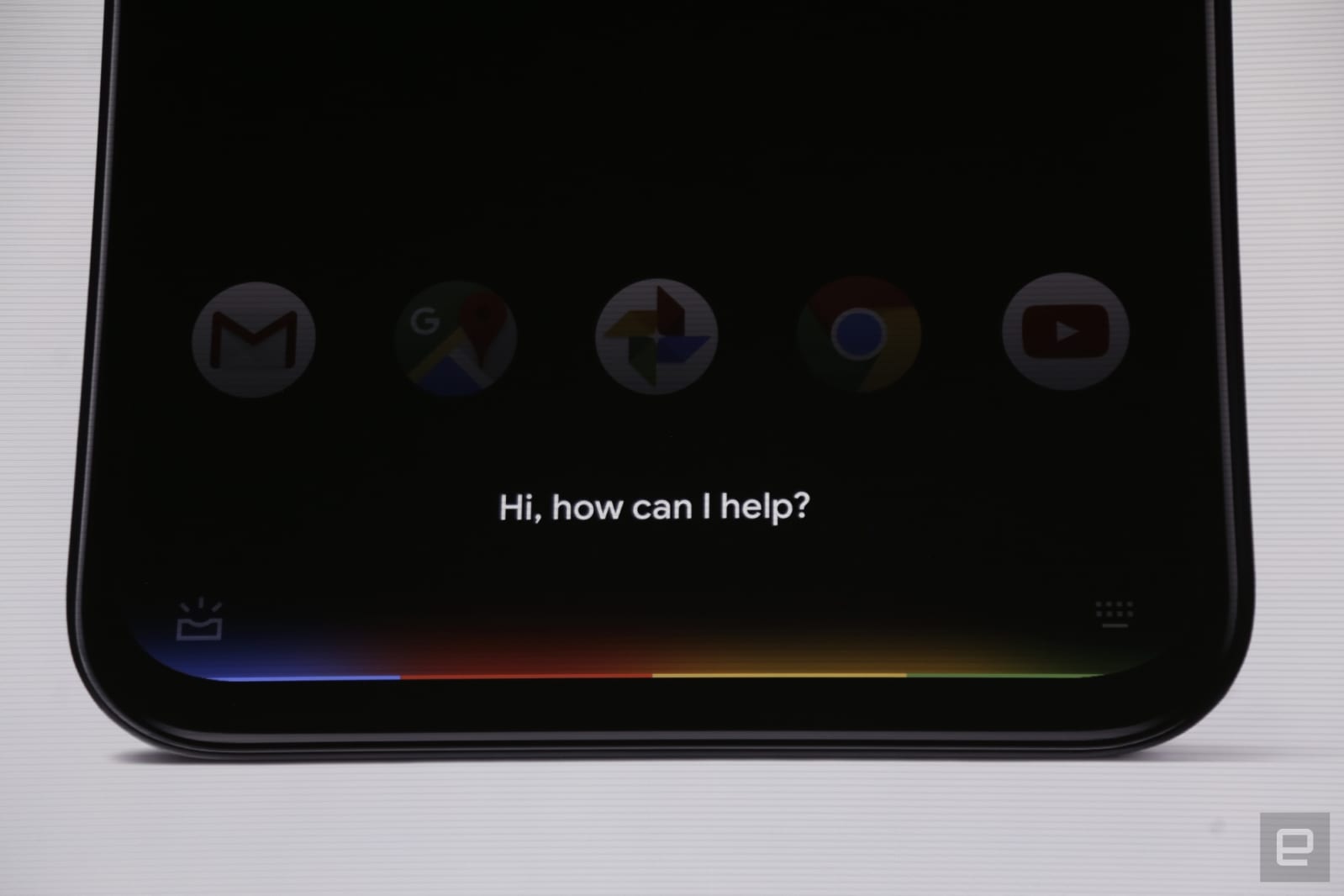 The new Pixel 4 Recorder app can record and transcribe audio at the same time. It's a fun party (or at least Google Pixel event) trick, and it will come in handy for students and journalists. It will also include a built-in search function, so you can easily jump to important parts of the transcript. 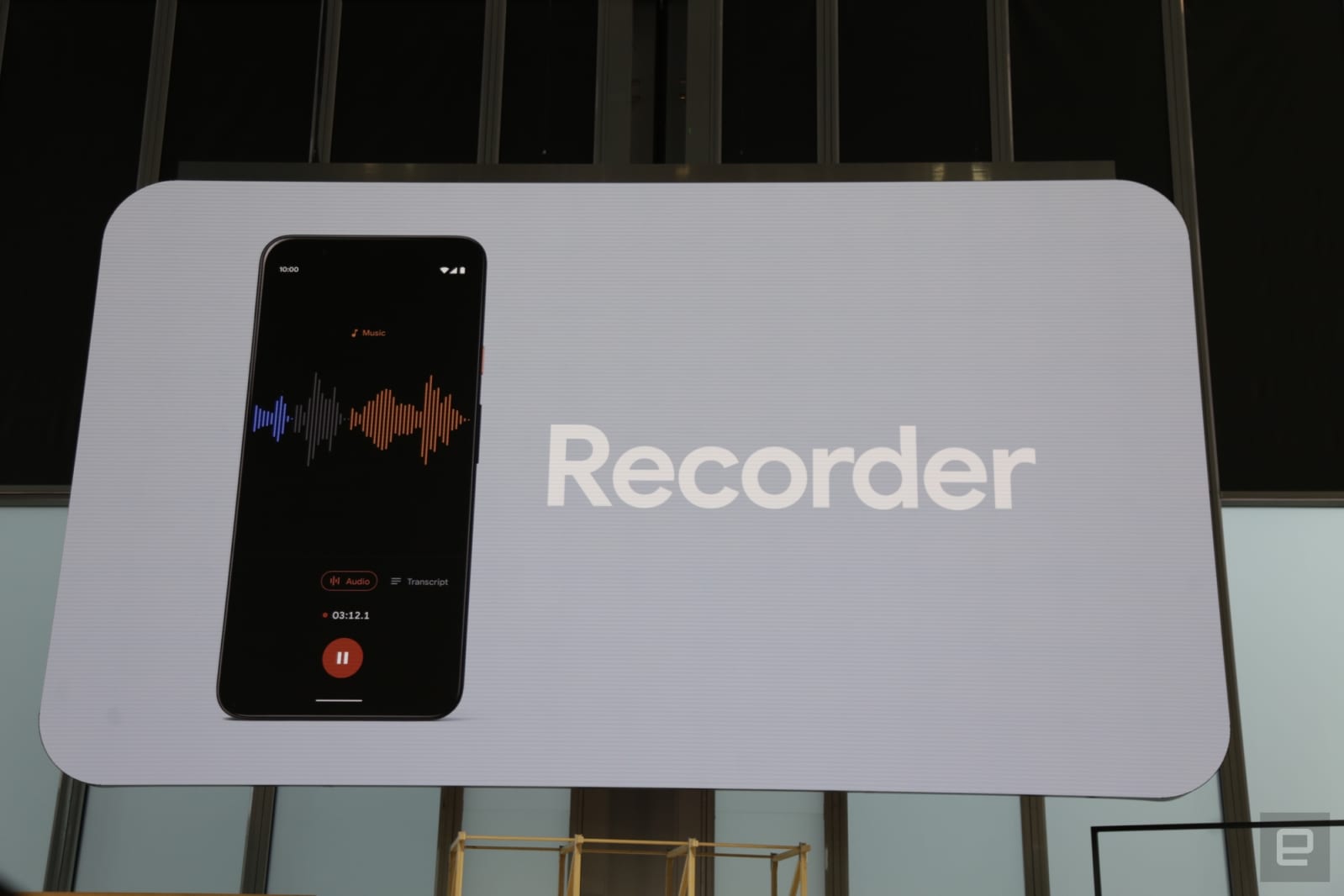 Google is giving headphones with built-in Assistant another try. The new Pixel Buds are true wireless earbuds that claim to have an improved fit, five-hour battery life (24 if you use the charging case) and strong Bluetooth connection for long-range use. The most notable feature is hands-free access to Google Assistant. All you'll have to say is "Hey Google" or "OK Google."

Don't get too excited. These won't be ready until 2020. When they're finally available, they'll start at $179. 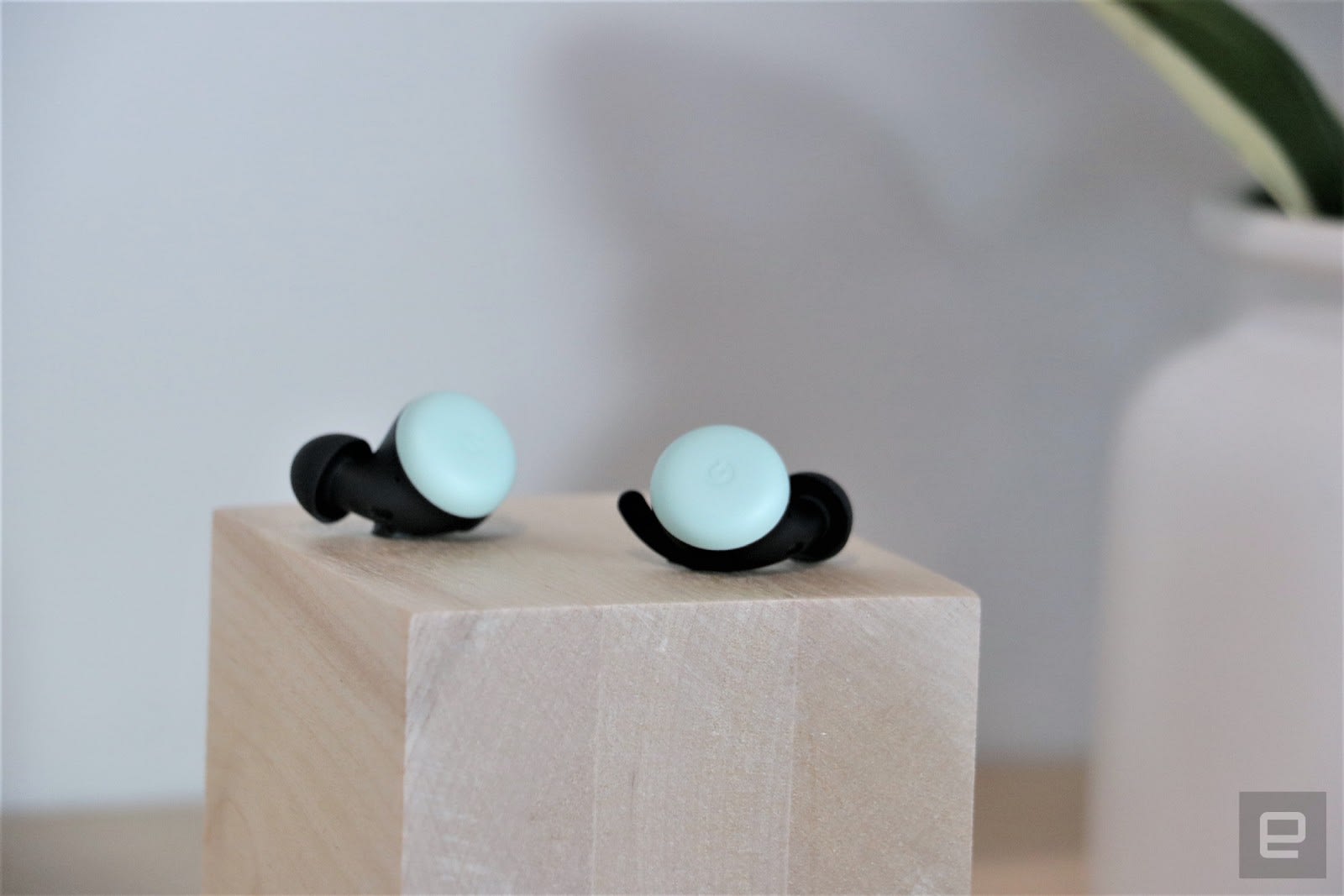 Yesterday, we saw leaked images of the new Google Nest Mini, so we had an idea that it would come with a wall mount. The speaker also comes with improved sound, including twice-as-strong bass, and it has three microphones to better hear users in loud environments. It promises a faster processor, improved software and a greener footprint, thanks to a top made from plastic bottles and a body that's 35 percent recycled plastic.

It will be available for $49 on October 22nd in four colors, including a new blue shade. 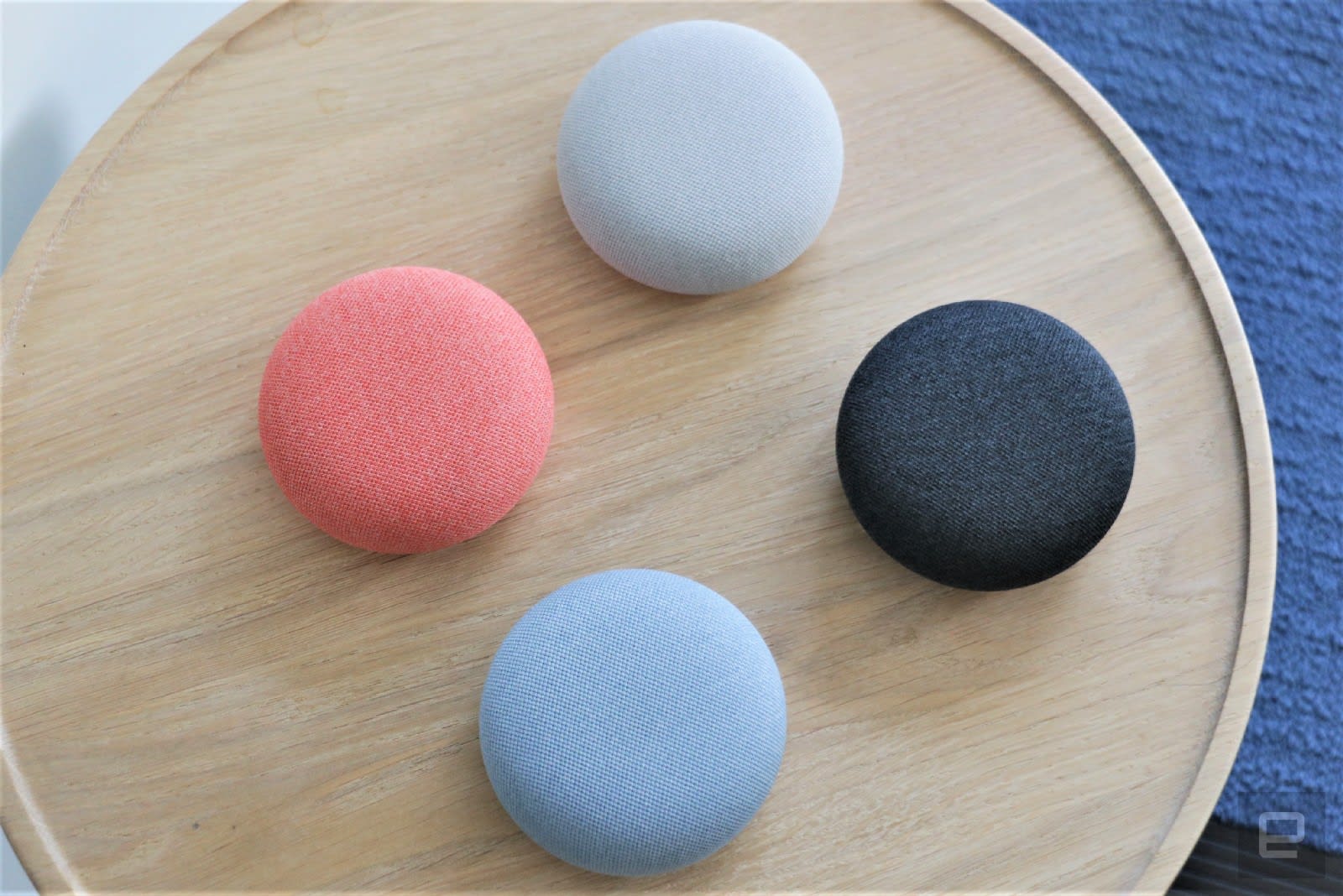 It's been three years since Google launched its original WiFi router, so it was time for an update. The new and improved router, Nest WiFi, is a base router with companion extenders called Points. Each Point comes with a speaker and microphones, so they'll double as Google Homes. Nest WiFi also adds features like the ability to set up WiFi groups, blacklist websites and set schedules for your kids. 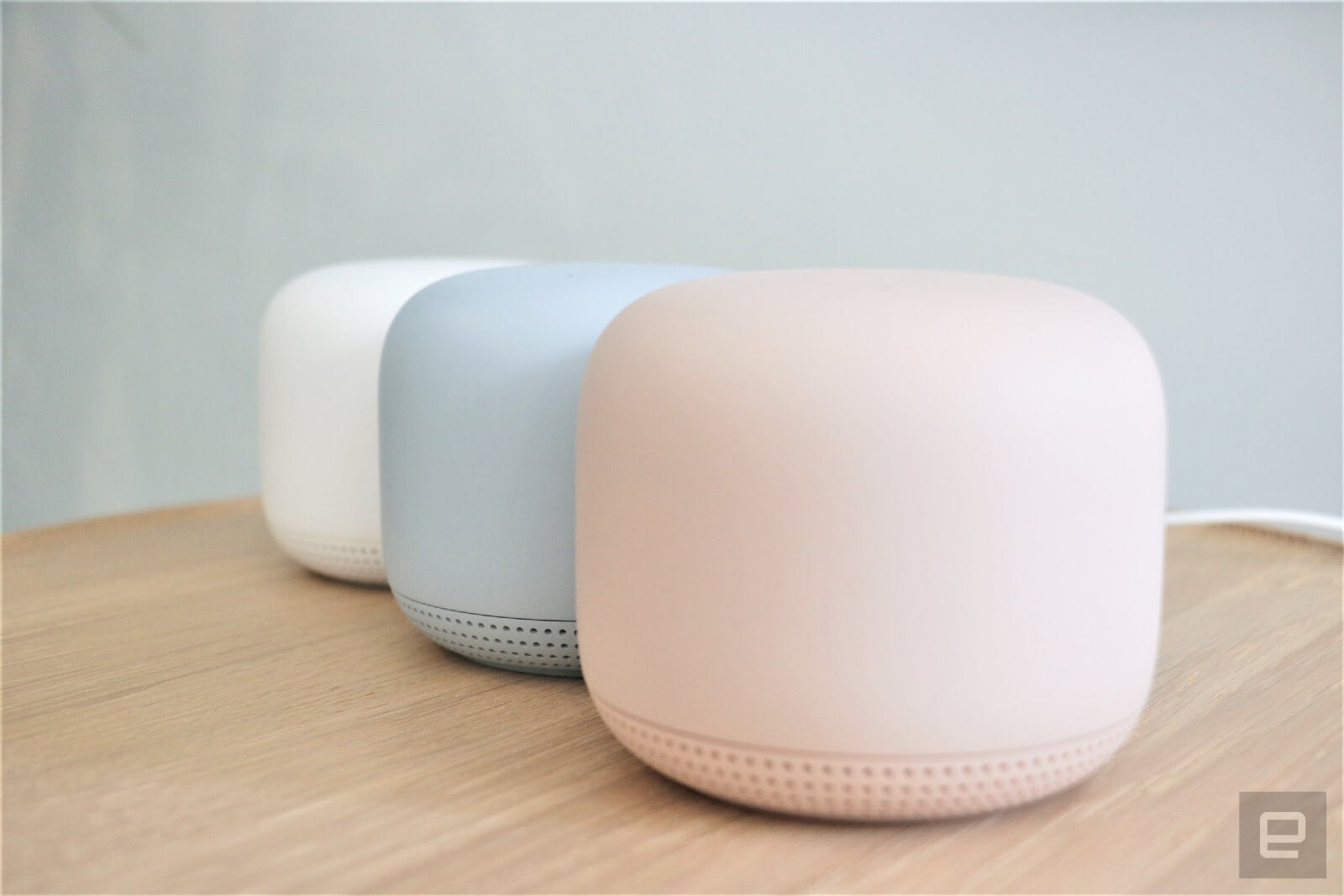 To keep the number of cameras in your home to a minimum, Google has developed "ultrasound sensing," a new technique to tell if anyone is near a device. As Engadget's Cherlynn Low explains, the feature works by using the device's speaker to send out a high-frequency chirp and having the mics listen for feedback. Then, the device uses that info to determine if there's a person nearby.

On the Nest Hub Max, for instance, this will allow the device to show touch controls and detailed info when a user is standing close by. If a user walks past in the four- or five-foot range, the display will switch to large font and remove onscreen controls that the user can't reach anyway. 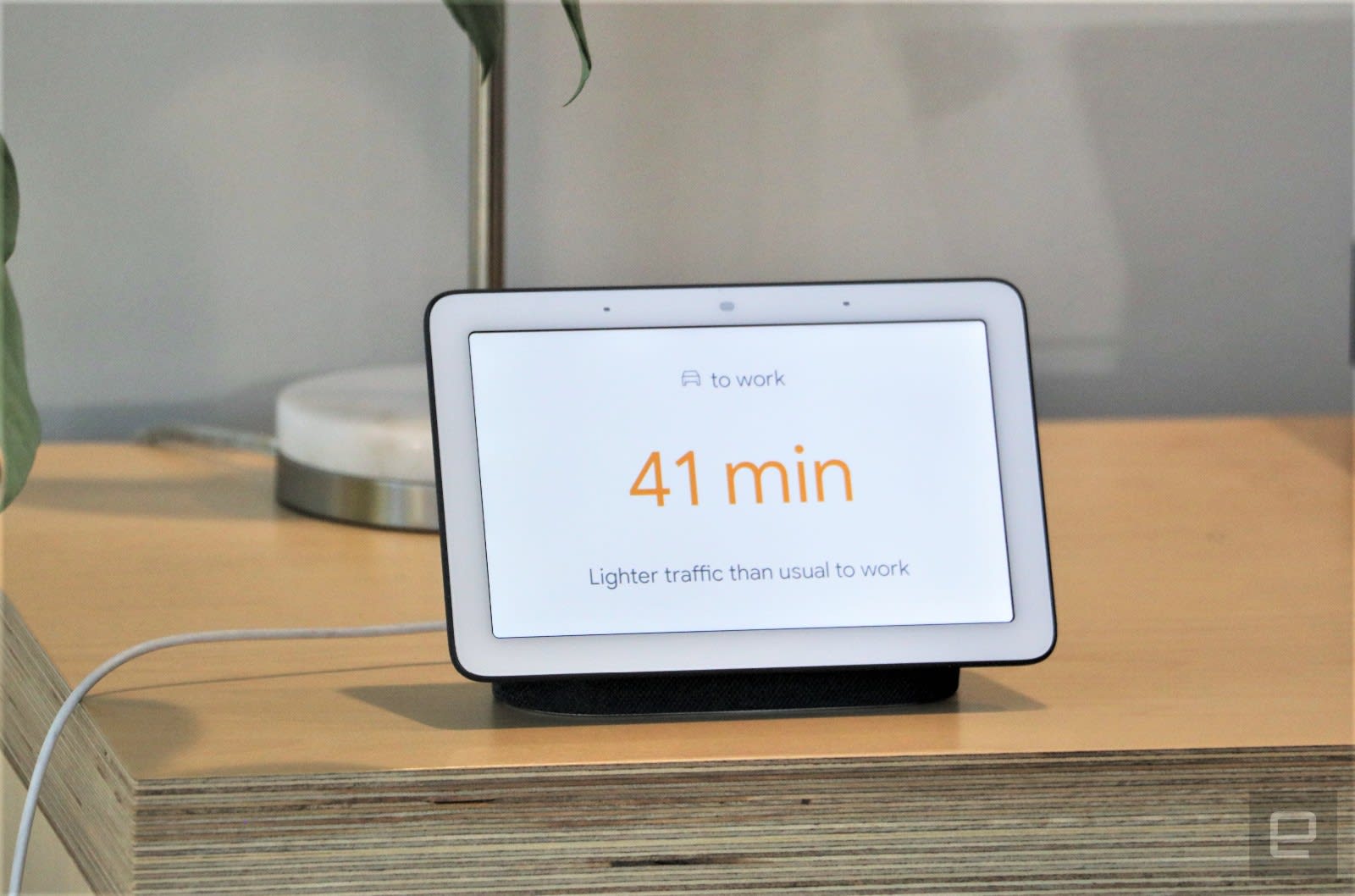 We knew Google Stadia was coming in November, but now we know it will arrive on November 19th. At launch, you'll be able to purchase Stadia's Founder's Edition (which has been on pre-order since June) for $129.99. 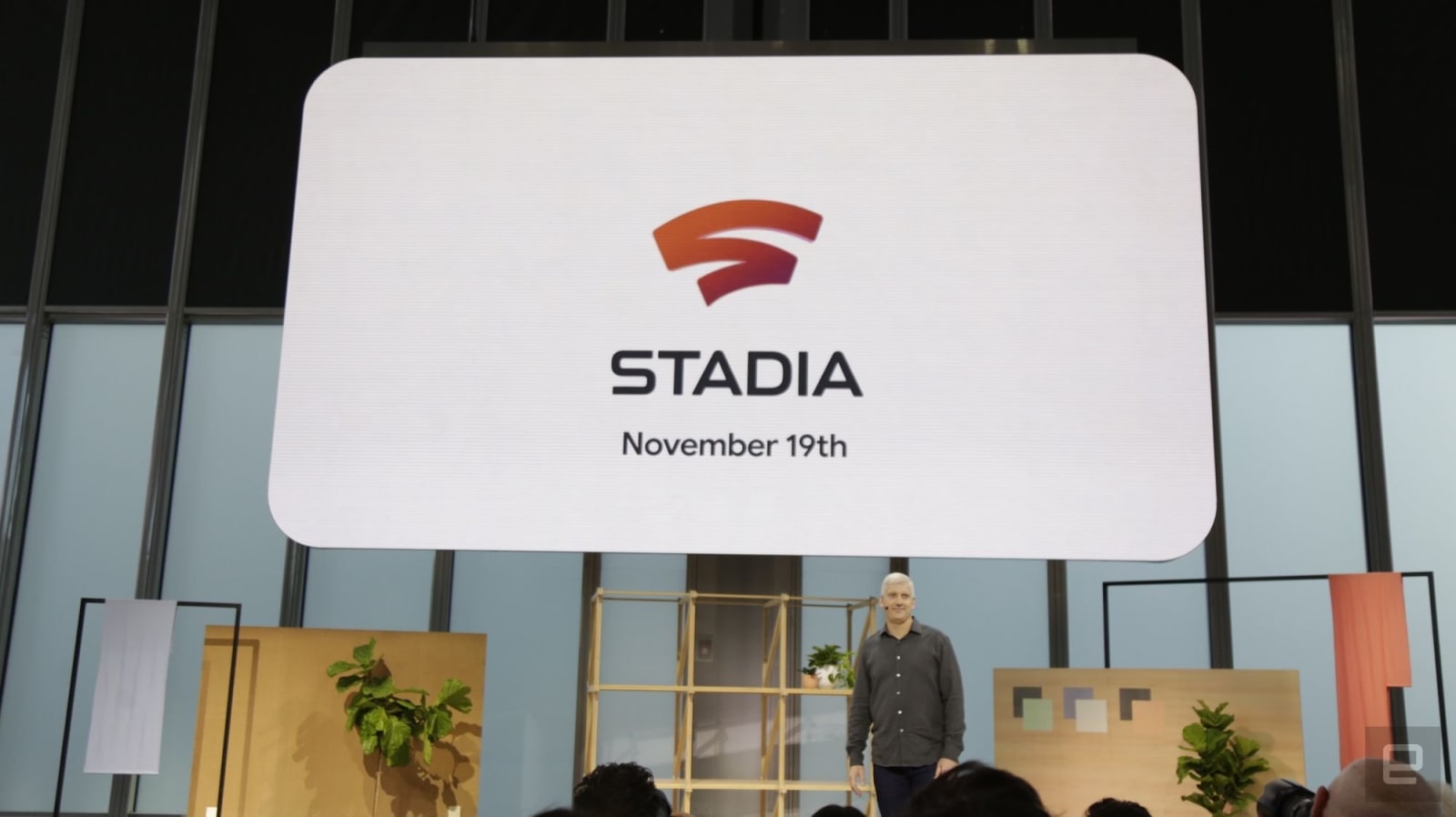 Finally, Google says it will streamline its Nest Aware subscription plans. Rather than have users add a subscription for each device, Nest Aware will introduce whole-home subscriptions next year. For a flat fee of $6 per month (standard) or $12 per month (premium), users can sign up for Nest Aware on as many devices as they'd like. 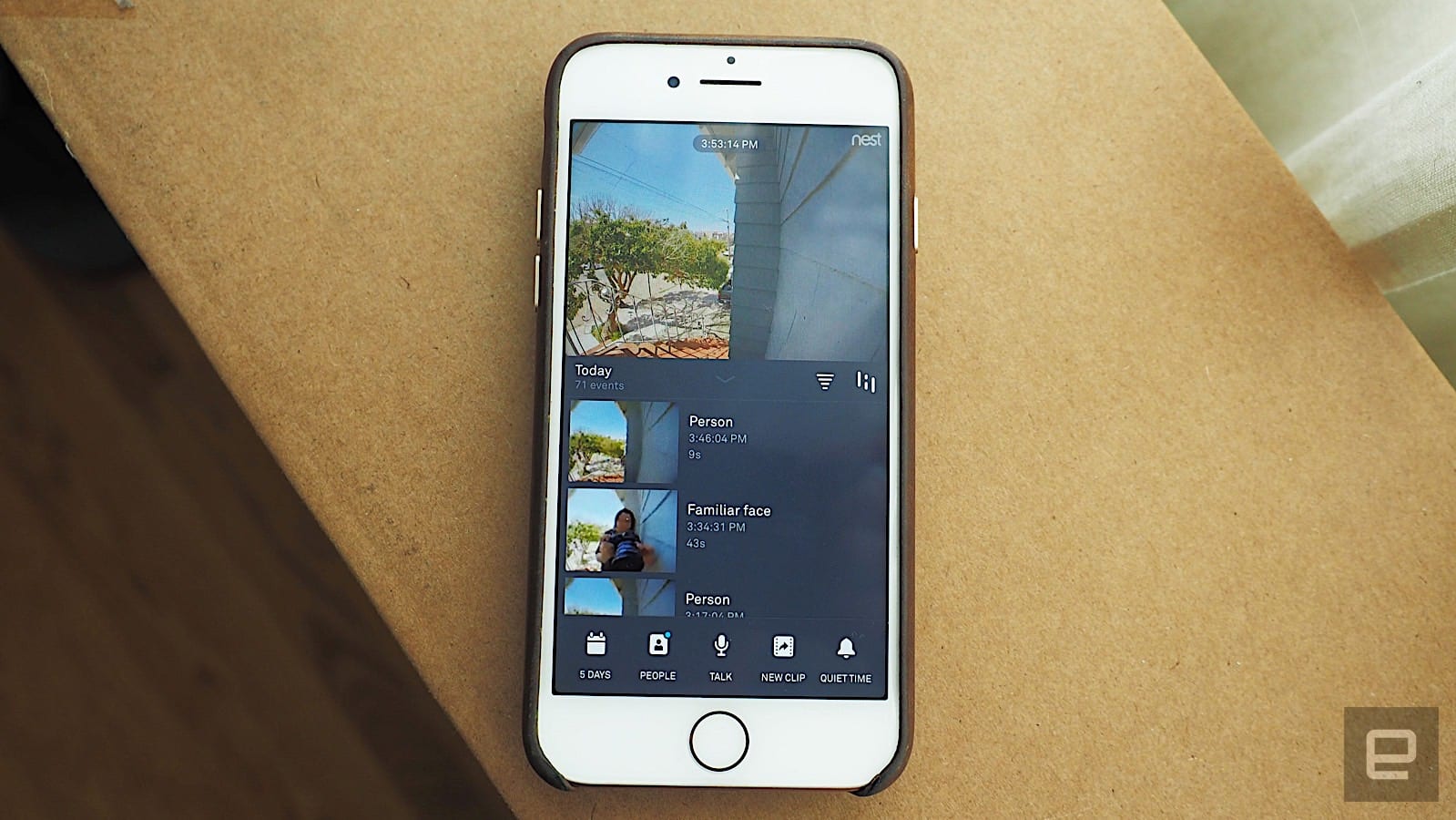 All products recommended by Engadget are selected by our editorial team, independent of our parent company. Some of our stories include affiliate links. If you buy something through one of these links, we may earn an affiliate commission. All prices are correct at the time of publishing.
View All Comments
Here's everything Google announced at the Pixel 4 event