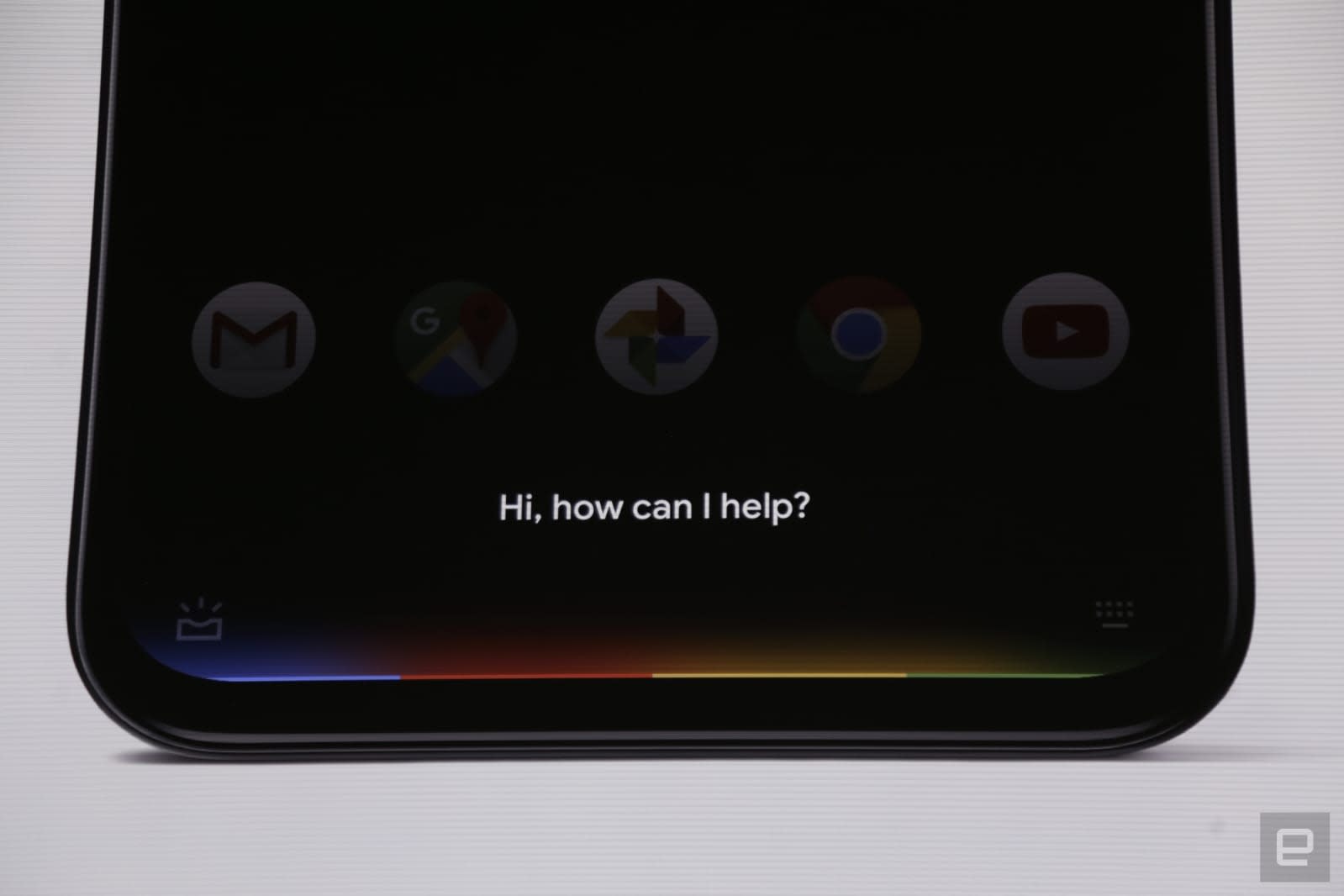 Google has given Assistant an overhaul, giving it a fresh look for Pixel 4 and making the voice assistant more useful, with a better understanding of context for the information or actions you ask it about. At the Made by Google event, the company showcased some of what the new Assistant has in store, including a zippy flow from Maggie Rogers' Twitter account to her upcoming shows, sharing that info with a friend and looking for tickets using the Continued Conversation feature.

Quickly open apps, search across your phone, and even multitask just by asking the Google Assistant. It's integrated into #pixel4 to make everything you do with your phone easier. #madebygoogle pic.twitter.com/mY4nasSag1

Among the new Assistant features is the ability to ask it to set a time limit on how long your activity data remains on your Google account -- a record of all the actions you carry out using Google's services. You can also delete that data using your voice.

Deeper integration of Assistant into Pixel 4 and improved speech processing allows it to carry out actions faster too. You'll be able to share what's on your screen -- an example Google suggested is that you could ask Assistant to display "my photos from New York," then "the ones in Central Park" and, once you've found one you especially like, "send it to Mom."

Google teased its "next-generation Assistant" back at I/O in May. At the time, Google said it was also able to condense Assistant's algorithms so it'd largely run locally on Pixel 4, instead of through the cloud -- that should make the service faster, since there'll be no network latency in many cases.

At Tuesday's event, Google also confirmed hands-free Assistant activation for its new Pixel Buds -- you might ask it for directions or to translate something. Through its upgraded processor, the updated Google Home Mini will also be able to handle Assistant commands faster.

In this article: ai, artificial intelligence, artificialintelligence, gear, google, google assistant, googleassistant, mobile, pixel 4, pixel4, pixel4event, services, voice assistant, voiceassistant, duplex, google duplex, googleduplex
All products recommended by Engadget are selected by our editorial team, independent of our parent company. Some of our stories include affiliate links. If you buy something through one of these links, we may earn an affiliate commission.