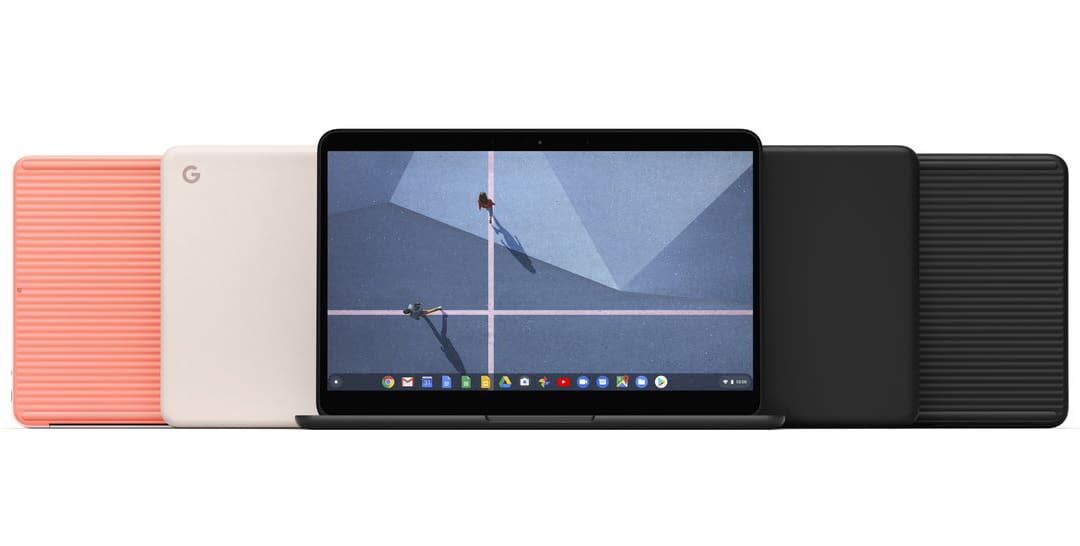 Google's new Pixelbook Go wasn't as heavily leaked as the Pixel 4, but we still had a pretty good idea of what to expect from the company's next Chromebook. Today, Google has officially confirmed what we saw last week — the Pixelbook Go is a fairly standard-looking laptop, at least compared to the original Pixelbook and Pixel Slate that Google has released the past two autumns.

From a design perspective, the Pixelbook Go looks a lot less distinctive than the original Pixelbook. In a lot of ways, it looks like a MacBook Pro, with fairly similar design language. The original Pixelbook, on the other hand, had soft-touch palm rests and a glass-and-metal lid that called to mind Google's Pixel phones. The Pixelbook Go does away with those and looks much more like a singular element, but I kind of miss the dual-tone look of the Pixelbook.

The underside is a different story, however: There's a colorful, ridged back that doesn't look like anything we've seen on, well, any laptop that comes to mind. Of course, you won't see it when the computer is on your lap or on a desk, but we're looking forward to seeing how it looks and feels in person.

As for the screen, it's a 13.3-inch touchscreen panel that you can get in either 1080p or 4K resolution. The display is bigger than the one in the original Pixelbook, but Google disappointingly has gone with a 16:9 widescreen panel here rather than the taller, 3:2 aspect ratio screen that Google used on the Pixelbook. I've grown to really enjoy the taller display that the Pixelbook used, but the vast majority of laptops use widescreen aspect ratios at this point, so most people probably won't mind. And the bezels are significantly smaller than the ones on the first Pixelbook, at least.

It's also worth noting that the Pixelbook Go isn't a convertible laptop like the original Pixelbook — you can't flip it around to use in tablet mode. I've mostly only ever used the Pixelbook in laptop mode so I don't really mind the change, but it's another example of Google making the Go a much more "traditional" laptop compared to its predecessor.

The good news is that while Google may have simplified the Pixelbook Go in terms of design and a few features, it's also significantly cheaper. The entry Pixelbook Go starts at only $649, with an m3 processor, 8GB RAM, 64GB storage and a 1080p display. If you're feeling saucy, a fully-loaded Go with an i7 processor, 16GB RAM, 256GB storage and a 4K display will set you back a whopping $1,399. That's a lot of cash, but for the first time Google is offering one of its premium Chromebook for far less than the $1,000 or more it has asked in the past — it's just not quite as premium as the ones that came before.

In this article: gear, google, personal computing, personalcomputing, pixel4event, pixelbook, pixelbook go
All products recommended by Engadget are selected by our editorial team, independent of our parent company. Some of our stories include affiliate links. If you buy something through one of these links, we may earn an affiliate commission.