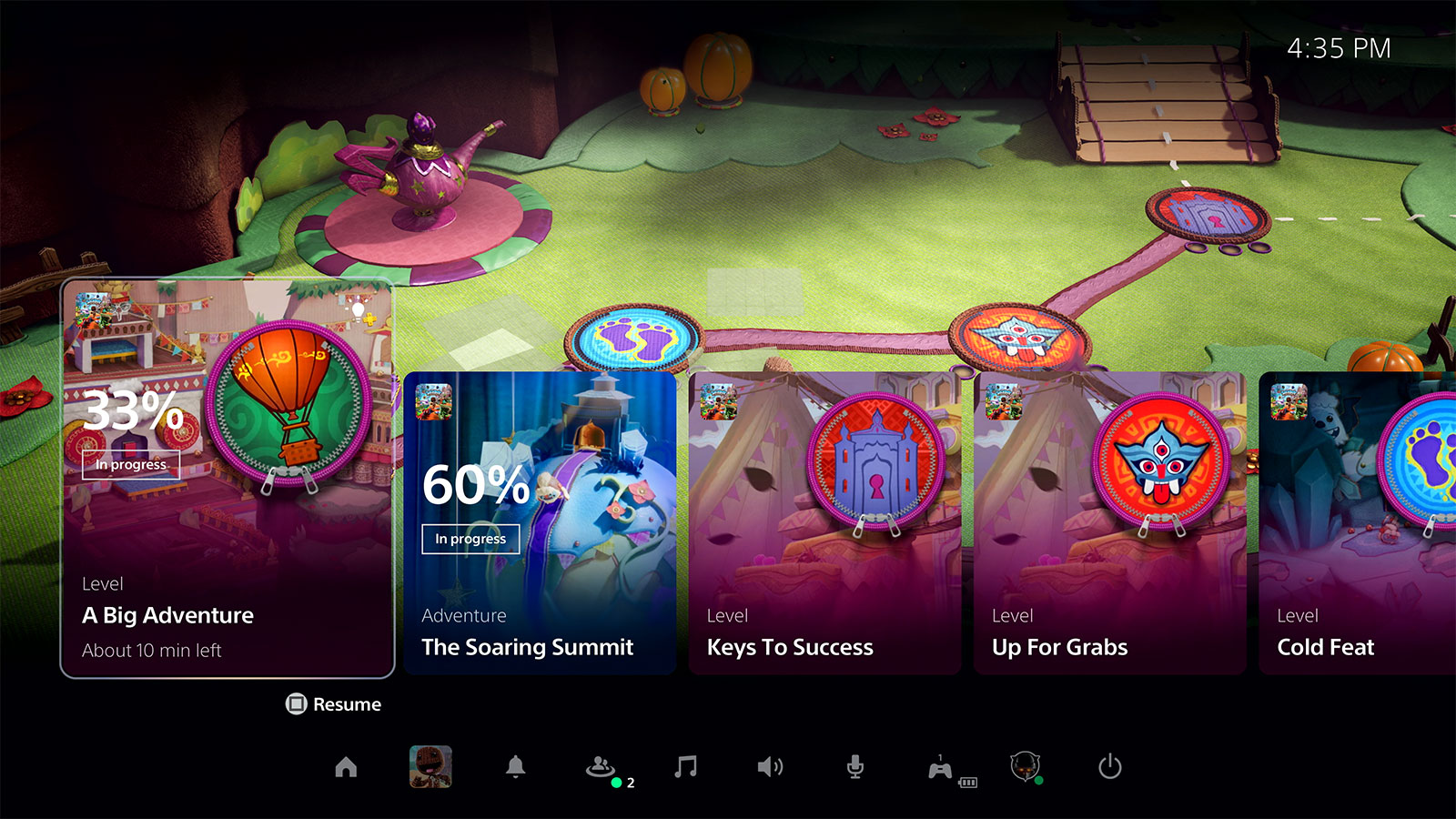 Sony has been oddly shy about revealing the PlayStation 5’s user interface, but it’s finally ready to show what you’ll see in between games. The company has posted a first look at the PS5 experience that shows what’s ultimately an iteration on what you know from the PS4. The familiar home carousel is present with tweaks for 4K, but there’s a new Control Center that provides quick access to many features — including help for the games you’re playing.

Games and apps in the Control Center and home screen will have Activities, such as game milestones and “opportunities,” displayed as cards. You’ll not only see your progress on levels and quests, but will sometimes have the option of (spoiler-free) guides and hints if you have a PlayStation Plus membership. You can even display some cards in a picture-in-picture view to offer assistance while you play.

Messaging, screenshots and video are also faster, Sony said. You can use voice dictation for chat, and messages can even include spoiler warnings if you’re sharing an image that might ruin the game for a friend.

On the home screen, there’s an Explore section that provides a mix of stories from PlayStation, games and the community. Don’t count on seeing it right away, though, as Sony will be testing Explore in the US even as the system launches.

The company also briefly teased the PS5 version of the PlayStation Store, although there wasn’t much to show beyond a “must see” section.

Was it worth the wait? Probably not — while there are some definite upgrades in the PS5 UI, this isn’t a complete reinvention. It’s mainly designed to take advantage of higher-resolution TVs and the speediness of the SSD-based storage. If nothing else, though, this will give you an idea of what to expect when you start your console for the first time.

In this article: PS5, PlayStation 5, Sony, console, games, video games, news, gaming, gear
All products recommended by Engadget are selected by our editorial team, independent of our parent company. Some of our stories include affiliate links. If you buy something through one of these links, we may earn an affiliate commission.