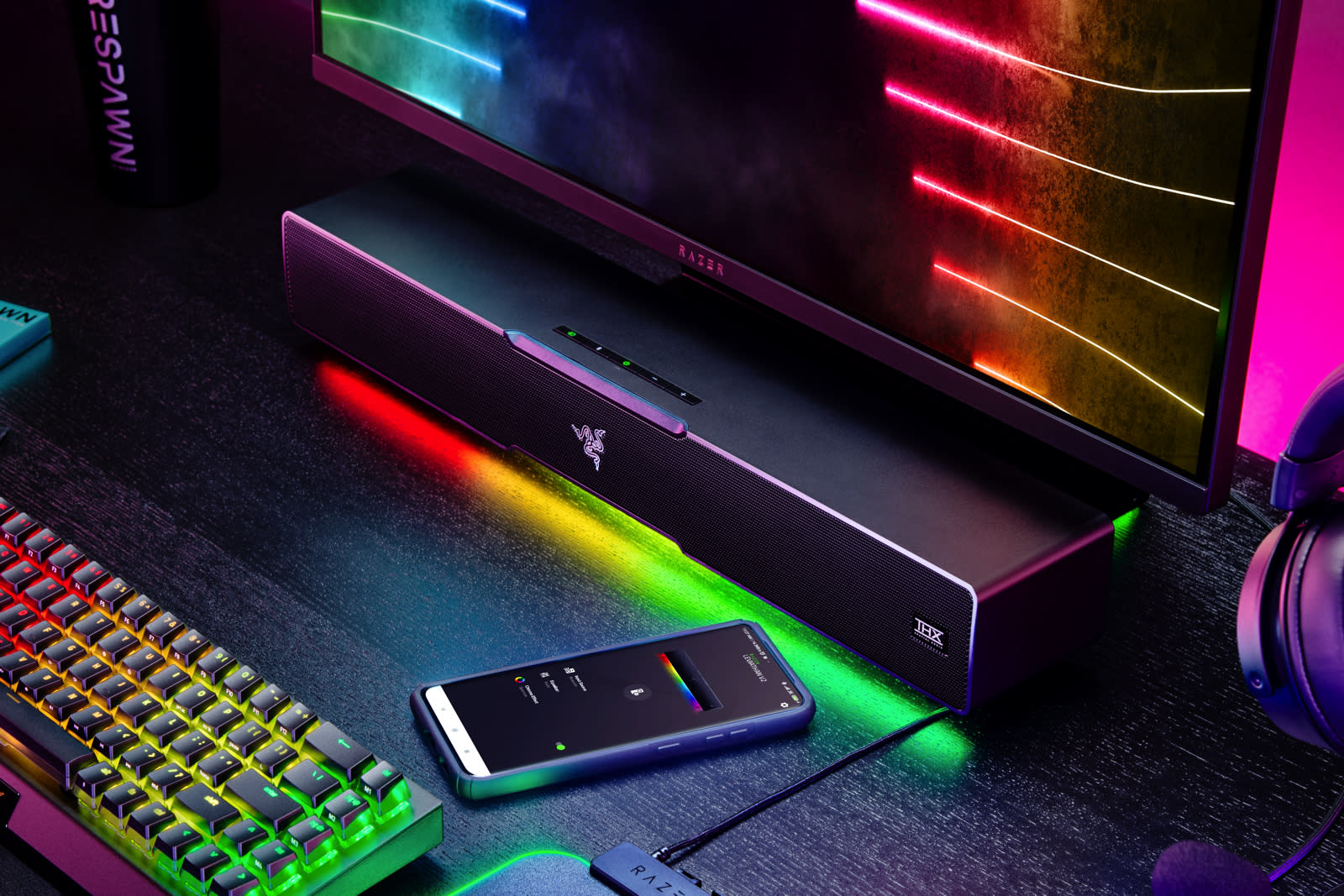 The Leviathan V2 is a fully featured speaker system made for gaming.

Razer has increasingly gone from a specialized gaming accessory maker to more of a lifestyle brand. In addition to keyboards, mice, headsets and controllers, you can buy chairs, backpacks and even a wearable air purifier. But with this recent expansion into various aspects of the “gamer lifestyle,” there’s always been one obvious omission: home theater. Namely, speakers — an absence that’s especially annoying given that Razer released a soundbar way back in 2014. Now, the company’s back in that space with its new souped-up $250 Leviathan V2.

The original Leviathan was a small 5.1 Dolby Digital soundbar with 5.1 channels: two full-range drivers, two tweeters and a subwoofer. The somewhat diminutive V2 ups the ante with THX spatial audio and 7.1 channels. That’s two full-range drivers, two passive radiators, two tweeters and a downward subwoofer. The Bluetooth has been appropriately upgraded from v4.0 to 5.2, and it’s even easier to switch between multiple devices. In fact, in my hands-on time with the speaker it was basically seamless, only requiring the touch of a button.

The most noticeable change to the Leviathan is the addition of Chroma RGB lighting, so the soundbar’s look can be made to match the rest of a user’s Razer setup using the same software as its keyboards, headsets and mice. The nice thing about it is that the device itself isn’t adorned with a glowing logo or edges; the colors are restricted to underneath the speaker so it’s more like mood lighting.

The big thing about the Leviathan V2 is the spatial audio, which makes it possible for gamers to track movement by listening for it, something that headsets do well and soundbars usually can’t. But many players don’t like wearing headsets, and for a number of reasons — maybe they find headsets uncomfortable no matter how much padding the manufacturer adds, or maybe they prefer keeping their ears free so they can listen for real-world sounds like the doorbell or a baby crying.

Razer also acknowledges that people are generally spending a lot more time in front of their computers, even watching their favorite TV shows and movies on a monitor but not having the sound system to back it up. And that’s where I noticed the most difference with the Leviathan V2. I got to watch some game footage and a few movie trailers with it, which was nice and loud with booming bass. It certainly made the idea of making my computer a home entertainment hub a lot more appealing, and I can’t wait to get my hands on it at home so I can give it a more comprehensive run-through with my preferred PC titles and find out if it really is a better way to game.