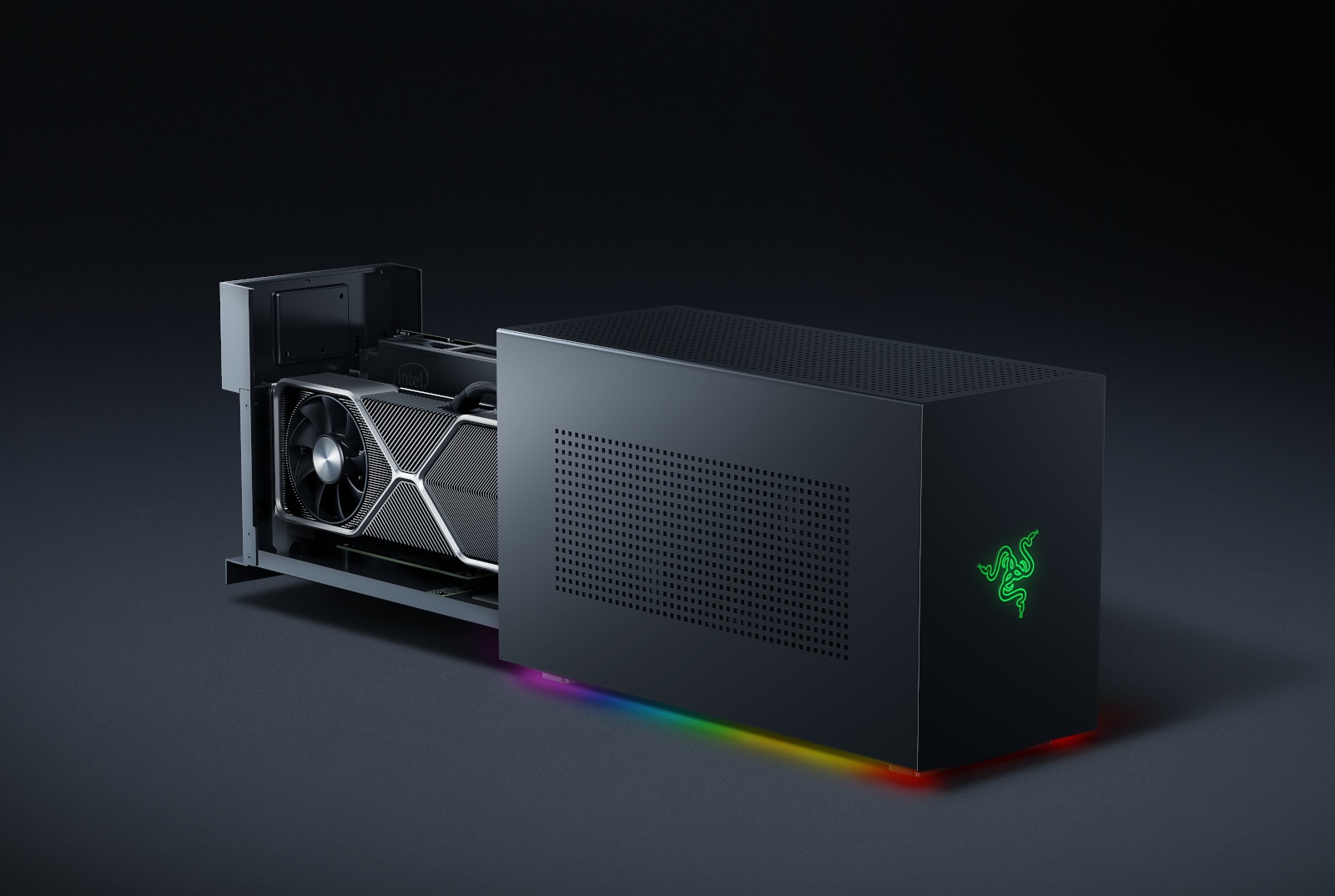 Razer introduced a compact modular gaming PC called the Tomahawk at CES earlier this year with hopes of targeting gamers and people who want to get started on building their own computers. While the PC’s original Q1 2020 release date didn’t happen — most likely due to obvious reasons — you at least won’t have to wait a day longer if you’re in the US. The Tomahawk is now available for sale at Razer’s official website and physical stores in the country, with prices starting at $2,400. After 30 days, it will also be available through select retailers.

The modular PC is built around Intel’s NUC 9 Extreme Compute Element card, which is a cartridge that already contains a processor, memory and SSD storage. If you’re wondering about the exact specs, that’s the Intel Core i9-9980HK processor, 16GB of DDR4 memory and a 512GB SSD. That SSD storage is supplemented by a 2TB HDD, and some models come with the NVIDIA GeForce RTX 3080 graphics card. Since the Tomahawk is a modular PC, though, you can configure its components according to your needs. You can opt for another graphics card, for instance, or add more RAM and storage if what Intel’s NUC has isn’t enough.

The chassis itself is made of CNC-milled aluminum with a matte black finish, has dual-sided detachable glass doors and has Razer Chroma RGB at the bottom for light shows and visual cues. It has four USB-A ports, two USB-C Thunderbolt 3 ports, two Gigabit Ethernet ports and a 3.5mm/TOSLINK combo port. If you’re outside the US, keep an eye out for more details: Razer told us it’s still working on the Tomahawk’s pricing and availability for other countries.

In this article: Razer, Tomahawk, modular gaming PC, news, gaming, gear
All products recommended by Engadget are selected by our editorial team, independent of our parent company. Some of our stories include affiliate links. If you buy something through one of these links, we may earn an affiliate commission.