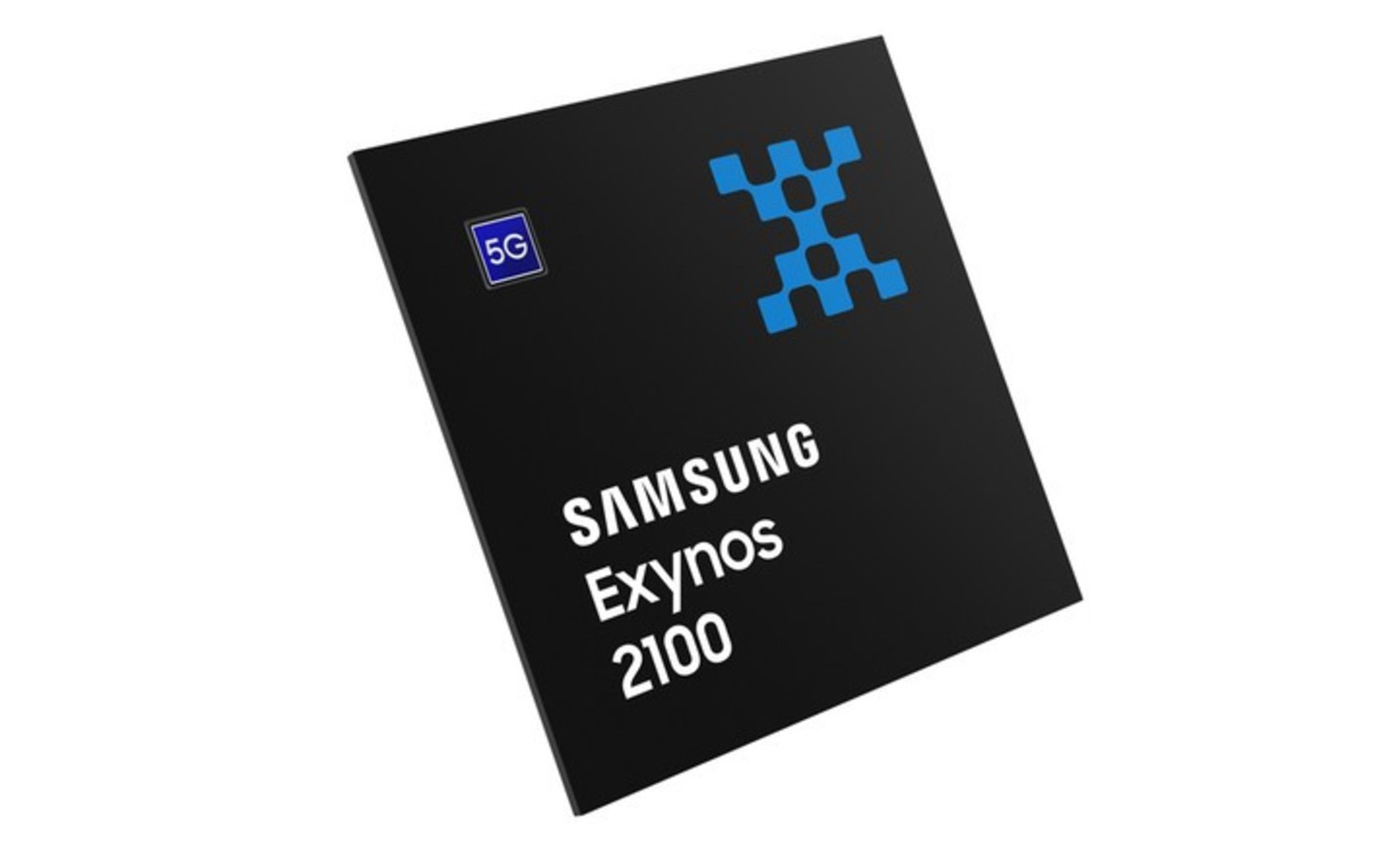 With just two days before its first Unpacked event of 2021, Samsung has detailed its latest high-end Exynos mobile chip. The Exynos 2100 represents two important milestones for Samsung. It's the company's first 5nm chipset. It's also Samsung's first high-end chip to include an integrated 5G modem that supports both mmWave and Sub-6GHz. Both are notable design features since they'll give the Exynos 2100 a significant edge when it comes to power consumption over Samsung's previous generation Exynos 990 chip, which made its way into international variants of the Galaxy S20 and Galaxy Note 20 last year.

Power consumption has historically been a weak point of Samsung's Exynos chipsets compared to Qualcomm's Snapdragon lineup. The Snapdragon variants of Samsung's high-end phones frequently delivered better battery life than their Exynos-equipped counterparts. It's clear that was a major focus for Samsung's engineers when they sat down to design the Exynos 2100.

According to Samsung, its new 5nm node allows the Exynos 2100 to consume 20 percent less power than its predecessor. This time around, the company has also gone with a tri-cluster design made up of one Cortex-X1 core, three high-performance Cortex-A78 cores and four high-efficiency Cortex-A55 cores. The Exynos 2100 is one of the first chipsets to include an X1 core. Unlike the company's usual designs, the X1 prioritizes performance above all else. With the help of the X1, Samsung claims the Exynos 2100 delivers 30 percent better multicore performance than its predecessor. Coincidently, multicore performance is another area where high-end Exynos chipsets have historically trailed their Snapdragon competitors. A new tri-core neural processing unit minimizes unnecessary AI operations, thereby again increasing power efficiency compared to the Exynos 990.

On the GPU front, the chip features ARM's latest Mali-G78 design. The component includes support for the latest Vulkan and OpenCL APIs and delivers 40 percent improved graphical performance. Samsung has also equipped the Exynos 2100 with a new image signal processor (ISP) that can connect to six individual camera sensors and process information from four concurrently, as well as support resolutions of up to 200-megapixels. If we had to guess, the ISP is a preview of the type of camera package we can expect from the Galaxy S21.

If the company sticks to its usual strategy of dual sourcing processors for its high-end phones, the Exynos 2100 will make its way into the international variant of the Galaxy S21. Meanwhile, the North American version of the S21 will feature Qualcomm's new Snapdragon 888 chipset. With the S21 one of our first chances to see both chips in action, it will be interesting to see if Samsung has been able to narrow the gap between itself and Qualcomm.

In this article: ces2021, Samsung, exynos 2100, Galaxy S21, Qualcomm, snapdragon 888, mobile, smartphone, gear
All products recommended by Engadget are selected by our editorial team, independent of our parent company. Some of our stories include affiliate links. If you buy something through one of these links, we may earn an affiliate commission.