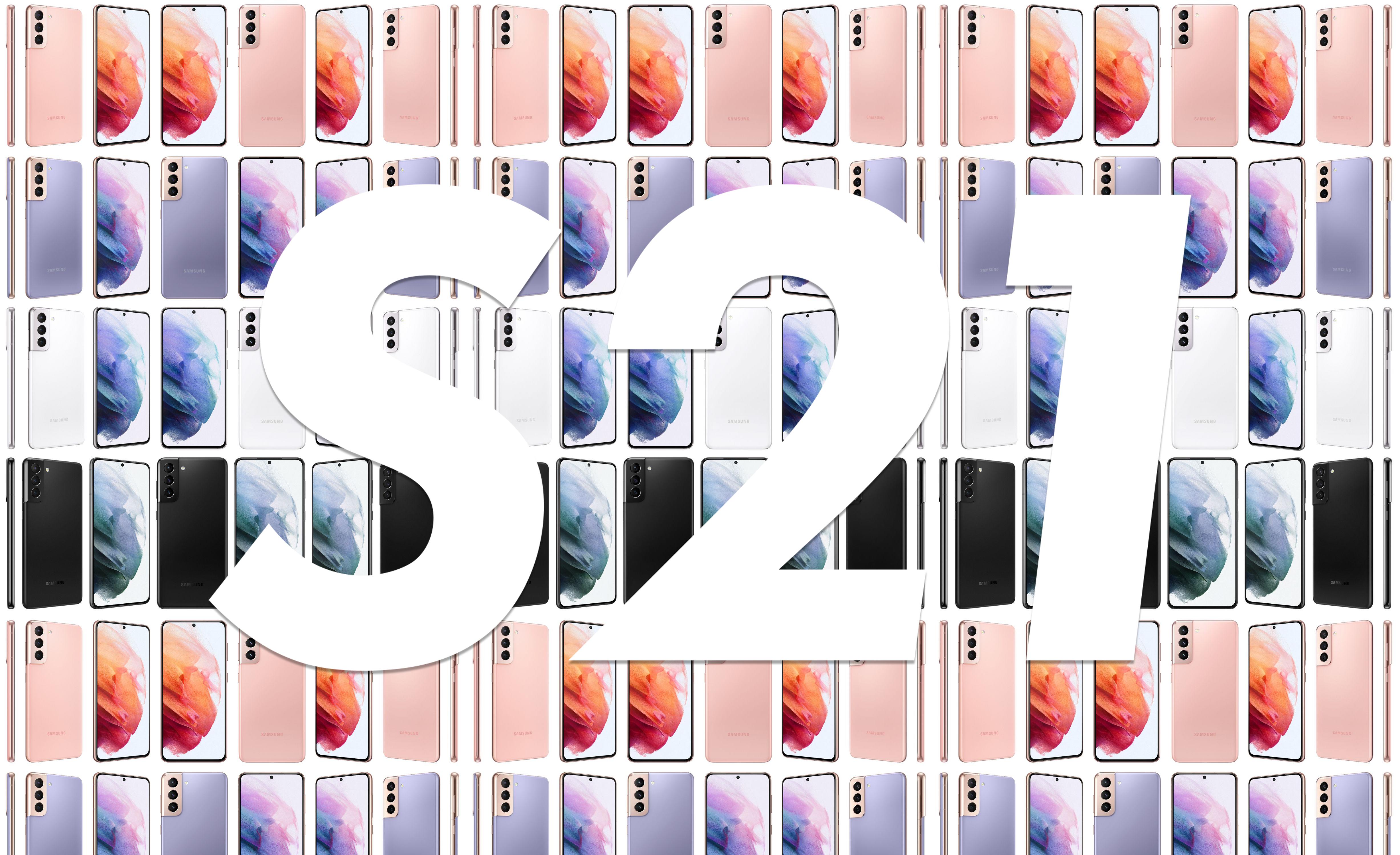 Everything we know about Samsung's Galaxy S21 so far

2021's first flagships are coming soon. Here's what you need to know.

2020 is thankfully in the rearview mirror, which means — among other things — a year of new hardware to look forward to. While we'd normally have to wait a little longer for news of high-profile smartphone launches, 2021 is already shaping up to be different. For whatever reason, Samsung is planning to unveil its latest flagship devices very soon, so to prepare, we've collected everything we know about them right here.

This story was first published on January 1st, and last updated on the same day.

When will Samsung show these things off?

Samsung hasn't announced when its next Unpacked event will take place, but we're fairly sure we know anyway. Thanks to our friends at Android Authority (and a particularly helpful Samsung India employee), we're all but sure the company will show off its latest smartphones on January 14th, with a global release to follow weeks later. Among other things, that means Unpacked coincides with the last official day of CES 2021. Suffice to say, it's going to be a busy day around here.

In case you aren't naturally attuned to Samsung's product launches, this timing (like just about everything else going on) is highly unusual. Traditionally, the company announces its first flagship phones in late February or March, around the time of Mobile World Congress. Be it because of accelerated production schedules, the fact that MWC has been pushed to June, or other factors we're not aware of, Samsung is planning to get its next flagship out the door far earlier than usual. It’s probably hoping that extra lead time equates to more sales before the rest of 2021's similarly specced devices are released, but we'll have to see how that goes.

What do we know about the Galaxy S21?

Well, to start, we know it's called the Galaxy S21. For a while, many of us expected Samsung to jump to S30, but that's definitely not what's happening this year.

As usual, the Galaxy S21 is Samsung's smallest flagship phone, and it got a slight makeover this year. The changes are most notable when you view the device from the rear: the all-black camera humps that debuted in last year's S20 series have been replaced by more elegant housings that blend into the S21's metal frame. (The phone nerd community quickly dubbed this the Phantom of the Opera design, and who are we to argue?) As a result, some of the S21's new color options look a lot cooler than others; the black and pink models have metal frames that match their bodies, while the white and purple models have eye-catching silver and bronze trim, respectively.

Meanwhile, the cameras themselves seem quite close to the ones we got in last year's non-Ultra Galaxy S20s. WinFuture's Roland Quandt notes the main 12-megapixel rear sensor offers an f/1.8 aperture and a 79-degree field of view, just like last time, and the phone's 12-megapixel ultra-wide and 10-megapixel front camera seem similarly unchanged. The one difference Quandt points out has to do with the S21's 64-megapixel telephoto camera: Samsung's chosen sensor seems to be a little smaller than last year, but the light-capturing pixels are reportedly the same size.

The front of the S21 is as sparse as ever, but there are a few interesting things to note about the 6.2-inch, 120Hz Infinity-O display. For one, it uses an LTPS backplane which — long story short — allows for either lower power consumption or higher resolutions. Curiously, a detailed leak provided by AndroidPolice claims the Galaxy S21's display only runs at Full HD+, which would make this year's display quite a bit less pixel-dense compared to the ones we saw last year. If these reports hold up, then it's clear Samsung wanted to squeeze as much life as it could out of the S21's reported 4,000mAh battery.

Multiple reports also suggest Samsung is finally giving up on its use of curved-edge displays, and we're frankly happy to see them go. If you've ever accidentally launched an app or clicked a link with the side of your hand while stretching your thumb to reach for something, this is good news for you.

In the past, we've occasionally seen Samsung use Qualcomm's Snapdragon chipsets in all versions of a particular smartphone, like the Galaxy Z Fold 2. Don't expect that here, though. While an FCC leak confirms the US version of the S21 will use Qualcomm's new Snapdragon 888 chipset, some variants sold outside the US will instead pack Samsung's Exynos 2100.

In other years, that would come as troubling news to some of the company's biggest fans, since Exynos-powered devices are frequently outgunned by their Qualcomm variants, but some early benchmarks suggest Samsung might have actually turned the tables this time. Granted, these kinds of tests don't speak to the totality of the smartphone experience, but the results are promising at least. And beyond the different chips powering the S21, you can expect to see similar configurations just about everywhere. We're expecting Samsung's small flagship to come with 12GB of RAM, and either 128GB or 256GB of internal storage.

Oh, and one more thing: Samsung may give people the option of using Google's Discover feed on their homescreens instead of the company's lookalike. Not everyone will find this change all that interesting, but it's great news for Google purists who prefer the search giant's intelligent reminders and customized content picks.

i never leak images,
but a friend sent me these, so hey.. pic.twitter.com/npjamUSlTh

What about the Galaxy S21 Plus?

Just like last year, the S21 Plus is shaping up to be (what else?) a bigger version of the standard S21. The only differences we're expecting to see are fairly obvious ones, like a larger 6.7-inch screen also running at Full HD+ and a more capacious battery. Otherwise, expect the same RAM and internal storage allotments, the same cameras, the same new design — the list goes on. That said, the S21 Plus might not come in that charming pink-on-pink color scheme which has us a little bummed.

Conventional logic would suggest that, based on specs, the S21 Plus has the potential to be the most popular. After all, it nicely splits the difference between Samsung’s most affordable and most premium new models. Then again, Samsung felt the same going into 2020, but more people gravitated toward the highest-end model instead.

And the Galaxy S21 Ultra?

Samsung went all-out with its first Ultra smartphone last year, and that idea doesn't seem to be going anywhere. The Galaxy S21 Ultra shares a chipset and design with the other two models, but there’s plenty here to set it apart from its siblings.

For one, this year’s Ultra is once again the largest device in the pack — its reported 5,000mAh battery and 6.8-inch Dynamic AMOLED display should ensure this thing is a handful. And while we’re talking about the screen, WinFuture’s dutiful leaks all but confirm the Ultra is the sole version of the S21 with a 120Hz Quad HD display (one covered in Gorilla Glass Victus, no less).

And then there are the cameras, of which there are many. The standard S21 and the S21 Plus come with four. As for the Ultra, it bumps the camera count to five, including a 40-megapixel front camera, a 12-megapixel, f/2.2 ultra-wide camera and — once again — a 108-megapixel main camera. Despite looking a lot like last year’s flagship photo sensor on paper, expect it to work at least a little better; in addition to using a wider lens, WinFuture also reports this camera should produce better photos. (Exactly how that works is as yet unclear.)

What’s really odd this time, though, is that Samsung appears to have gone with two separate 10-megapixel telephoto cameras: one with a 3x optical zoom range, and another with a 10x range. (Thankfully, both also feature optical image stabilization.) We haven’t seen any Space Zoom branding so far, but it’s probably a safe bet that Samsung is bringing back some of its super-long-range shooting features. The big question, just like last time, is whether they’re actually worth using.

Rounding out the package is a laser autofocus sensor, a component that appeared for the first time in last year’s Galaxy Note 20 Ultra for good reason. Remember: last year’s Galaxy S20 Ultra launched with some potentially deal-breaking camera issues, including some of the worst low-light autofocus we’d seen in a long time. That didn’t stop it from becoming the company’s early best-seller, but with devices like Apple’s iPhone 12 Pro Max pushing the envelope in camera performance, Samsung can’t afford to fall short again this time. (That’s especially true when you consider that many people are shying away from expensive new phones right now.)

What about the S Pen?

Samsung’s S Pen started off as a simple stylus for the Galaxy Note series, but it’s come a long way. With the addition of a tiny capacitor and Bluetooth radio a few years ago, the S Pen is now as good for wirelessly controlling a Galaxy Note as it is for jotting down your grocery list. And at long last, you’ll be able to use the S Pen with a phone that isn’t a Galaxy Note.

Persistent rumors — and now an FCC filing — strongly suggest that the Galaxy S21 Ultra has the needed hardware to play nice with the company’s smart stylus. That doesn’t mean you’ll get one in the box, though. S Pens will reportedly be sold separately, alongside cases that have a spot to stow the stylus since you can’t squeeze it inside the phone Note-style. If there are any further differences in S Pen usability between the S21 Ultra and a Galaxy Note, we haven’t heard of any, but update this story as we learn more.

How can I make sure I get one?

Given the popularity of Samsung’s flagship phones and the company’s tremendous production chops, we really don’t expect you’ll have any trouble getting your hands on one come launch. That said, if you don’t want to leave anything to chance, you can basically save yourself a spot in the pre-order line right now by registering on Samsung’s website.