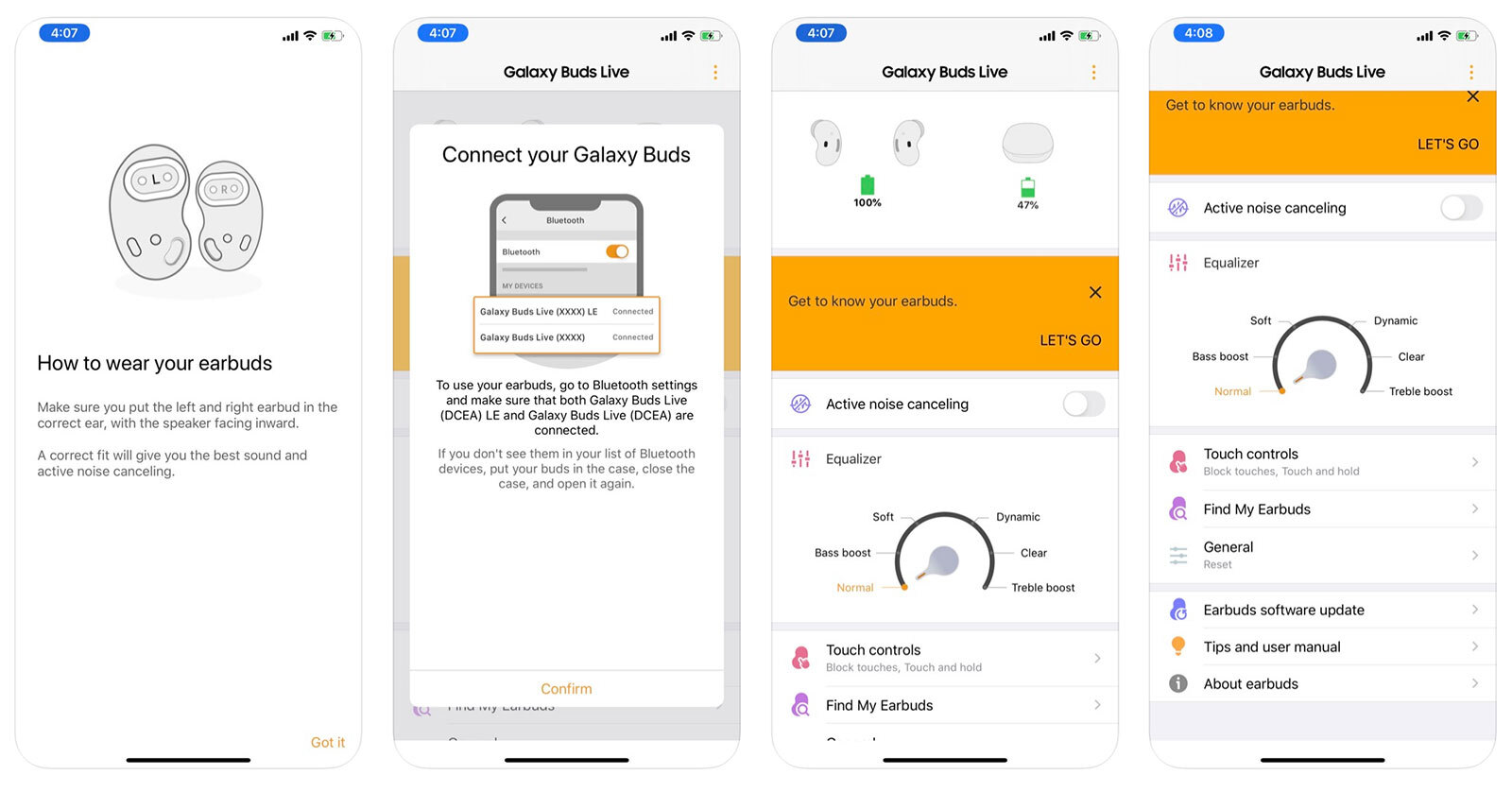 Samsung seems to be pretty bad at keeping its own secrets. The company appears to have uploaded new screenshots to the Galaxy Buds iOS app page in Apple's store, and the images completely give away the name and some features of the unannounced Galaxy Buds Live.

The pictures in the listing show a step by step process of connecting the device to your phone via Bluetooth Low Energy, and the first two screenshots in the process only show the existing Galaxy Buds+. But from the fourth image onwards, the name of the device being paired changed to “Galaxy Buds Live” (or, as the internet has been jokingly calling them thanks to their legumey shape, Beans).

The screenshots also indicate that the Buds Live will have Active Noise Cancelling that can be toggled in the app, a Find My Earbuds feature and customizable touch controls. Not only can you decide what a single tap, double tap or long press does, but you can also disable touch controls altogether.

This isn’t the first time Samsung has spilled its own beans in exactly this same way. In February, the company did the same thing with the then-unannounced Galaxy Buds+, which begs the question: Why hasn’t it learned from its mistakes?

Though, it’s not as if the company is trying to keep all this fully under wraps. Samsung did already publicly disclose it will be showing off five new devices at its virtual Unpacked event on August 5th. Plus, these earbuds have been leaked to no end, with pictures and videos already showing up all over the internet. With these app screenshots though, we now have an even clearer idea of what they can do — all we need now is official word from Samsung on price and availability. Stay tuned to find out that information on August 5th (or before, if online leaksters have their way).

In this article: samsung, samsung galaxy buds live, galaxy buds live, ios, app store, earbuds, unpacked2020, news, gear
All products recommended by Engadget are selected by our editorial team, independent of our parent company. Some of our stories include affiliate links. If you buy something through one of these links, we may earn an affiliate commission.