The tech giant might unveil the earbuds at its Unpacked even on February 11th.
M. Moon|02.05.20
@mariella_moon

Samsung's Galaxy Buds+ are very, very real. A listing for the Samsung Galaxy Buds+ application (via CNET) has popped up on the Apple App Store as a preview, essentially confirming the updated earbuds' existence. Unfortunately, the app's description doesn't say much about the earbuds other than they're only compatible with iPhone 7 and newer devices running iOS 10 or higher. According to previous reports, though, the Galaxy Buds+ will lack active noise cancellation but will be able to run for 12 hours on a single charge, which is double the battery life of the current model. 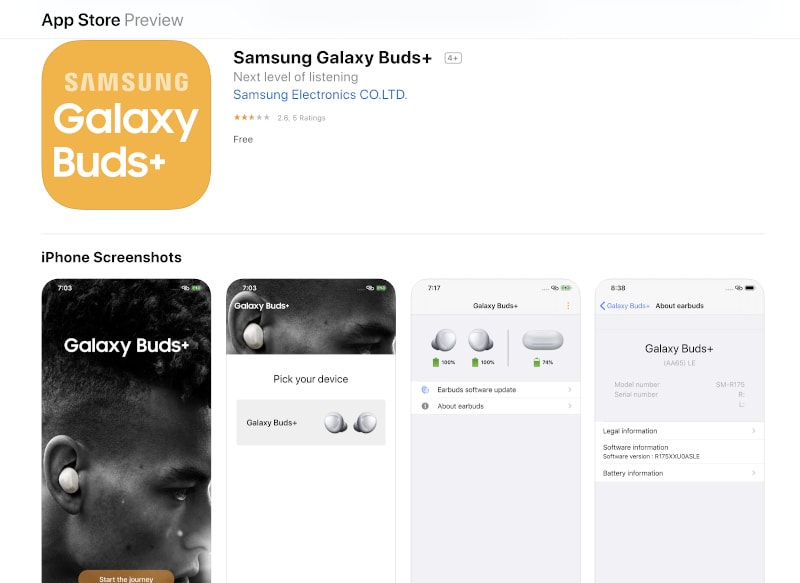 The tech giant is expected to unveil the earbuds at its Unpacked event on February 11th, along with its new flagship phones and other new devices. A handful of other leaks also came out these past few days, and they can give you a more specific idea of what to expect. In addition to its next flagships and the Galaxy Buds+, Samsung might also unveil the Galaxy Home Mini smart speaker and its Razr rival, the Galaxy Z Flip foldable phone.

Update 01/05/20 2AM ET: Famous gadget leaker evleaks has posted a comparison of the current Galaxy Buds and the Galaxy Buds+, which includes the upcoming earbuds' prices and other specs: 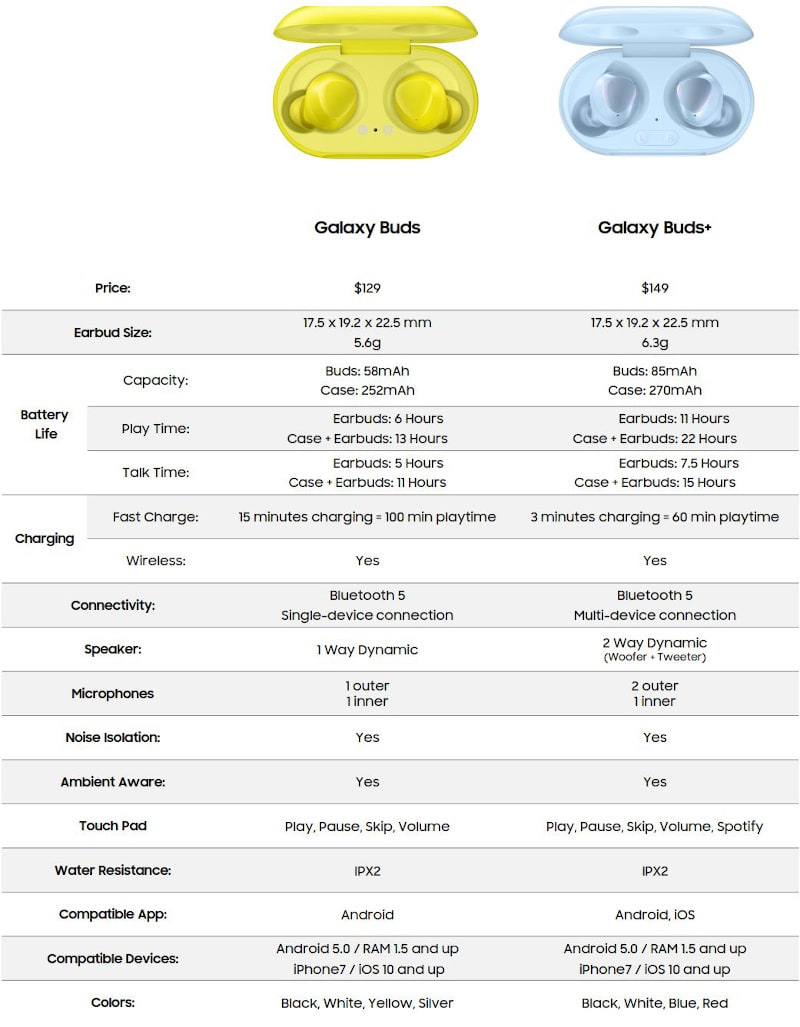