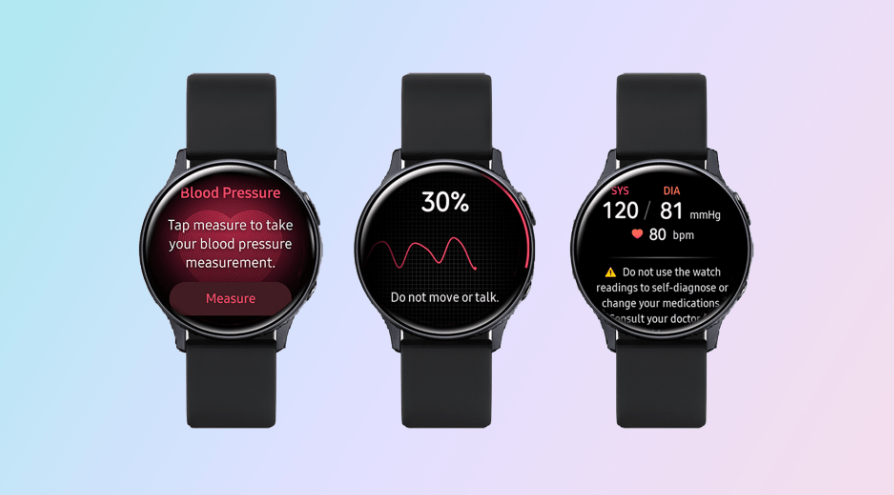 Samsung’s Galaxy Watch Active 2 was designed with a raft of health monitoring features in mind, but it’s taken a while for some, such as the ECG sensor, to get the official go-ahead from the relevant authorities. Now, after being given the green light by the South Korean drug safety agency, Samsung is rolling out blood pressure monitoring to the device. As with the ECG sensor, though, it’ll only be available for users in South Korea.

Nonetheless, the move once again highlights just how much the device is capable of. After calibrating the watch with a traditional cuff-style blood pressure monitor, wearers can then use its pulse wave analysis to measure their blood pressure anywhere and at any time. Calibration will have to be repeated every four weeks for optimum accuracy. Readings are then synced to the watch’s accompanying Samsung Health app, and users can track their data over days, weeks and months, and share it directly with their healthcare provider should they wish. According to SamMobile, the feature is rolling out now, available to all Galaxy Watch Active 2 users with the latest firmware update.

In this article: Galaxy, Watch, Active, 2, health, monitoring, blood pressure, South Korea, news, gear
All products recommended by Engadget are selected by our editorial team, independent of our parent company. Some of our stories include affiliate links. If you buy something through one of these links, we may earn an affiliate commission.