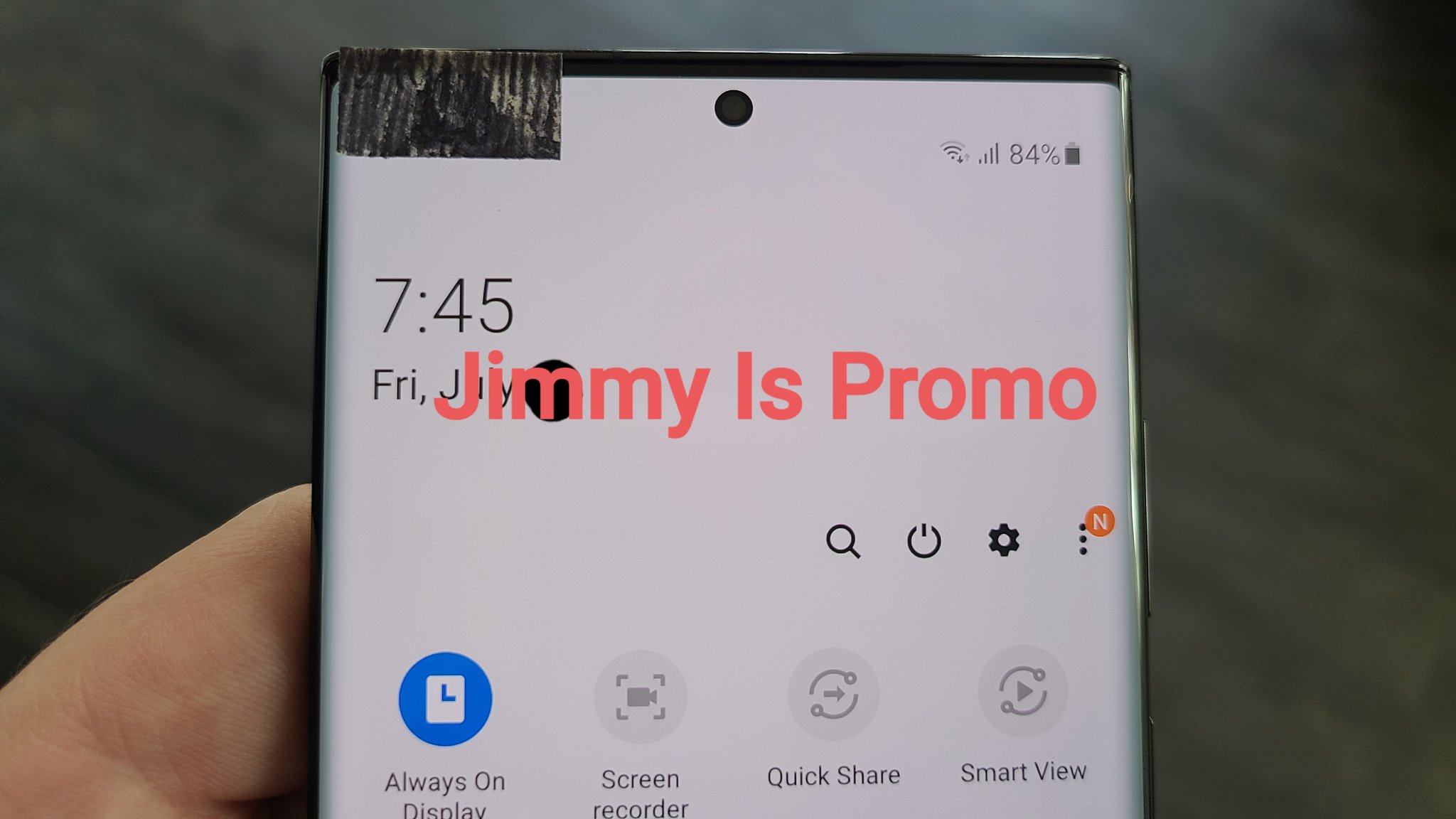 An unhealthy dose of skepticism is required for today’s offering from the deities that oversee the world of technology leaks. A Twitter account by the name of Jimmy Is Promo purports to have images of Samsung’s new Galaxy Note 20 Ultra out in the wild. We can’t be sure why this particular account would have scored such a unit, but the hardware does seem to look a lot like the earlier leak from Samsung’s own website.

Note users, don't get use to the S Pen location. It'll move to the other side. So will the speaker. Both now Left of the Charge Port. #Note20 #GalaxyNote20Ultra

If -- and it’s a big if -- these images are genuine, it looks as if Samsung has made a couple of aesthetic tweaks compared to its predecessor. In a tweet, “Jimmy Is Promo” claimed that the S-Pen housing is now left of the charging port, compared to its usual bottom-right-corner placement. It also looks as if the volume rocker and sleep/wake button, which were on the left side before, has been switched over to the right.

These days, Samsung likes to launch new Note devices in the middle of August and we were expecting that to be the case this year. The only wrinkle is that the company has also promised a “virtual” event to coincide with IFA, the last big event in the annual tech calendar. That will happen in early September, which is likely too late to launch the new Note(s) unless COVID-19 has really forced Samsung into a delay.

In this article: 2020, Note 20 Ultra, Note 20, Galaxy Note 20 Ultra, Galaxy Note, Samsung, news, gear
All products recommended by Engadget are selected by our editorial team, independent of our parent company. Some of our stories include affiliate links. If you buy something through one of these links, we may earn an affiliate commission.