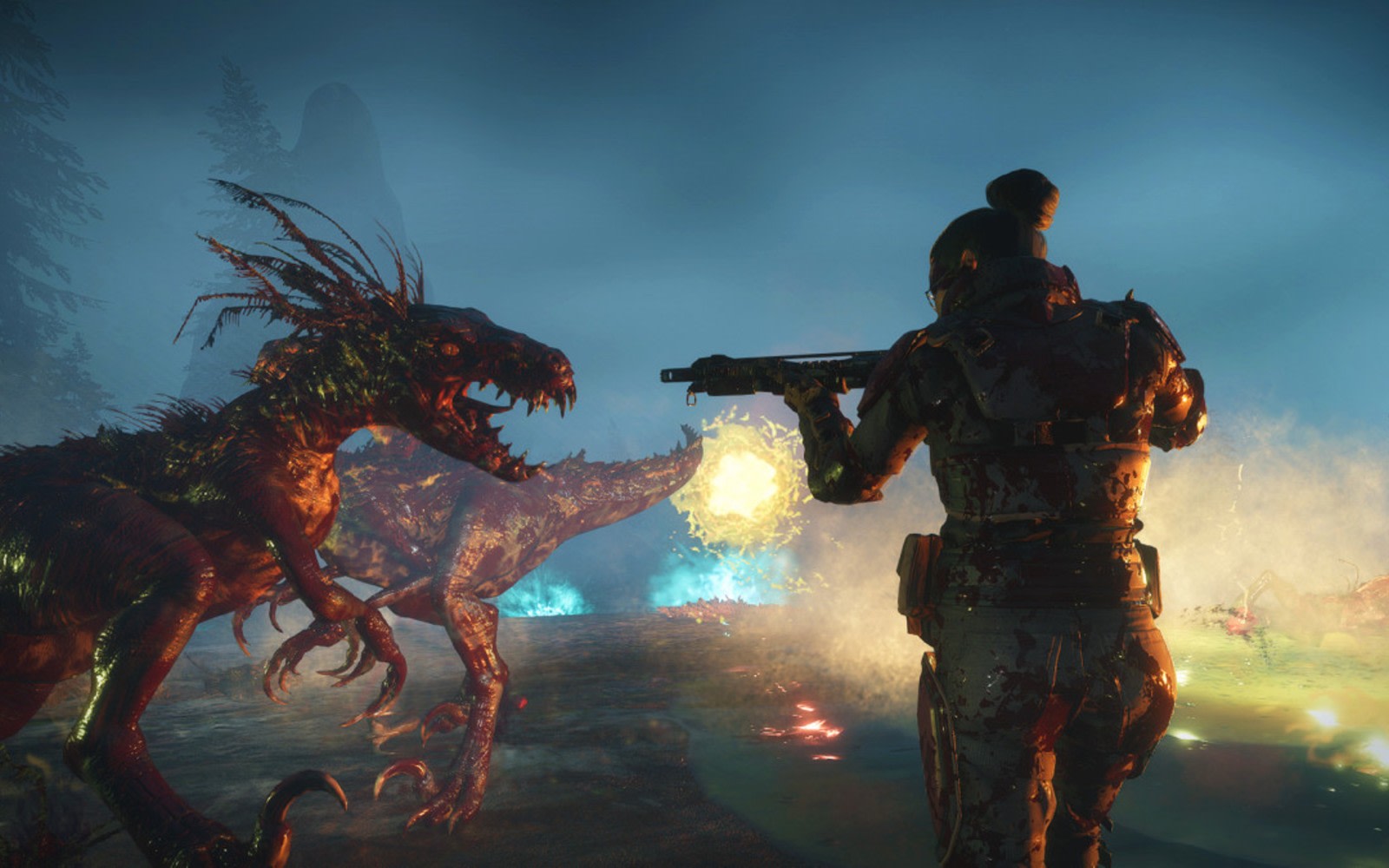 One of the surprise games that Microsoft showed off during its recent Inside Xbox stream was Second Extinction, a new co-op shooter that combines elements of Destiny 2 with Left for Dead and features dinosaurs. As far as video games go, you'll be hard-pressed to find a better elevator pitch.

In Second Extinction, it's up to you and up to two other friends to navigate a post-apocalyptic world dominated by mutated dinosaurs. They'll be a variety of unique reptiles to take on, each with their own particular approach to combat. When the game first comes out, you'll be able to pick from four different characters, with more to come later.

Part of the mission loop involves trying to make it off the planet after completing the main objective. If you manage to get out of a mission alive, you'll be able to buy new weapons, as well as upgrade your existing ones so that you can take on progressively tougher missions.

Developer Systemic Reaction built the game using the same engine that powers Just Cause 4. Like Destiny 2, Second Extinction will be what's called a living world game. Systemic Reaction plans to support the title with frequent content updates. Playing into that will be a feature called "The War Effort," which the studio says it will detail at a later date.

No word yet on an exact release date, but they'll be a closed beta this summer on Steam. When it does become available on Xbox Series X, it will support Microsoft's Smart Delivery tech, allowing you to buy it once and play it on both Xbox Series X and Xbox One.

In this article: Xbox Series X, Xbox One, Smart Delivery, Microsoft, Second Extinction, Steam, Personal Computing, video games, news, gaming
All products recommended by Engadget are selected by our editorial team, independent of our parent company. Some of our stories include affiliate links. If you buy something through one of these links, we may earn an affiliate commission.