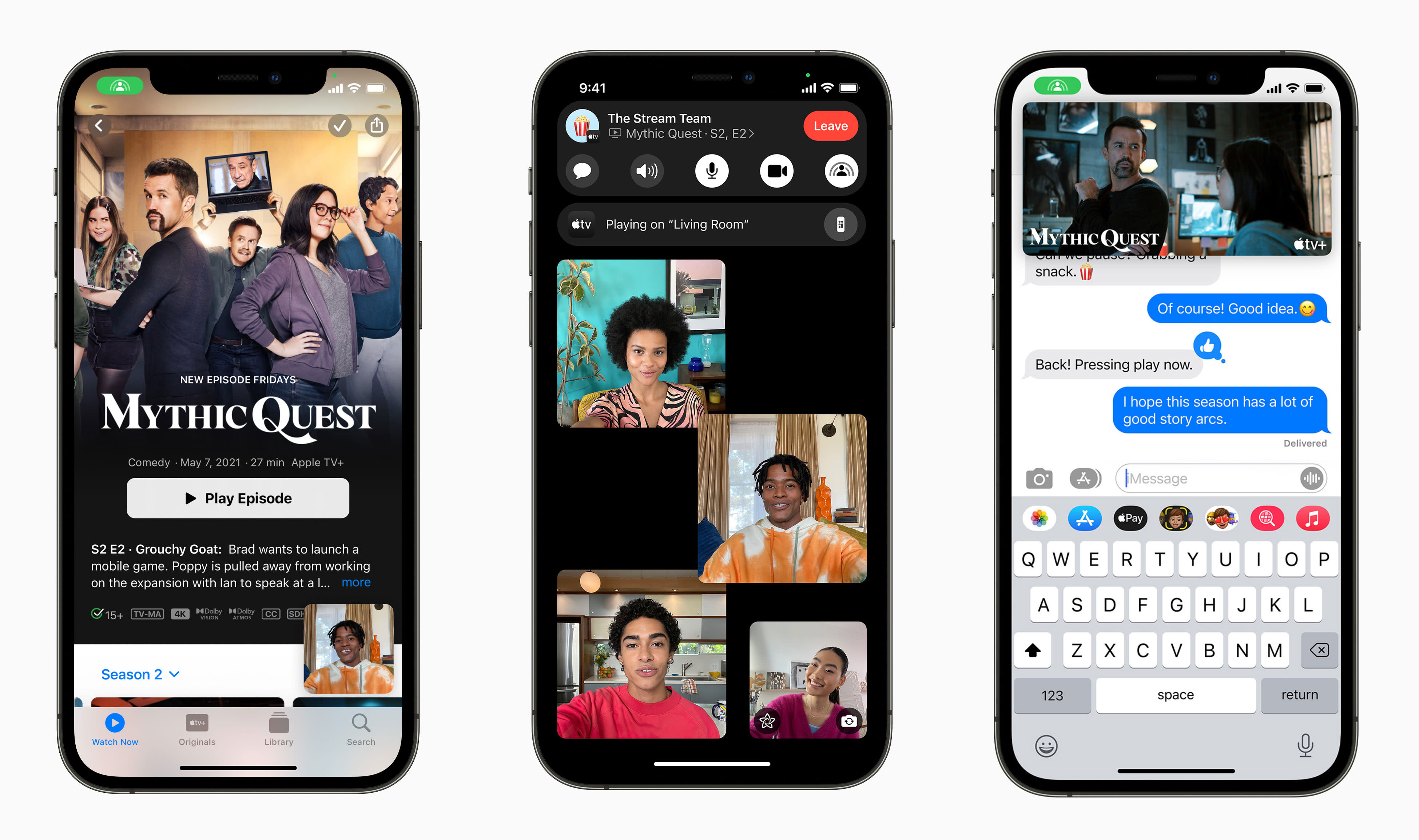 How to use SharePlay on iOS 15

Apple's built a lot of tools into its new FaceTime feature.

iOS 15.1 was released yesterday, which means you can finally start checking out Apple's long-awaited SharePlay feature. After seeing how buggy it was on the iOS 15 beta, I was able to check out SharePlay this week during a briefing with Apple, and the experience was surprisingly smooth. Though SharePlay works with just a small collection of apps at the moment, it's also coming soon to Disney+, while the NBA and TikTok apps will be updated today to support it. I watched a few videos and a Milwaukee Bucks game via these apps on my demo, and beyond being impressed by how much more stable everything is since the beta, I also found some tips particularly useful.

Setup and starting a SharePlay session

First, make sure you and your friends all update your devices to iOS 15.1 or iPadOS 15.1. Just like we observed in the beta, you need to start a FaceTime call before you can SharePlay anything. Once you're on a call, open a supported app and you'll see an alert at the top of the screen asking if you want to stream your content. When you start a session, your callers will see a box pop up at the top of the screen to join you.

For the most part, everyone you're SharePlaying with will need to have the relevant apps installed (i.e. TikTok, HBO Max, Showtime, Paramount, Apple TV etc). In some cases, they'll also need to have a subscription or at least an account.

While you watch a show together, anyone on the call can pause, skip forward or rewind, and that will bring everyone to the same point on the stream. As you watch something, FaceTime will run in picture-in-picture mode on top of your display, and whoever on your call is talking will appear in that box.

If you want to share your screen instead of watching a show, though, you'll need to tap on the screen while on your FaceTime call to pull up the commands panel and press the button on the right that resembles a person in front of a rectangle.

While you're sharing your screen, your friend can pinch to zoom on what you're showing them. But during a screen share session, your alerts (or other notices that pop up) won't appear on their screen, in case there's sensitive info you don't want others seeing. The pill on the top left of your screen will also turn purple to let remind you you're screen-sharing.

When I was watching someone share their screen, by the way, I could still go back to my own phone and open another app. FaceTime's picture-in-picture tile showed my caller's screen with their face in an embedded picture-in-picture. Inception!

The controls box also lets you access the iMessage window for everyone on the call. You can continue to watch a game on the NBA app with your family without your camera or mic on, and send texts instead. That's particularly helpful when you need a toilet break when a game runs long.

Apple also built a feature called smart volume to automatically lower the streaming audio when you're speaking so everyone can hear you. This works best with AirPods, but it'll also work with your device's speaker.

Depending on each app's developers, other tools can be embedded to make them more useful. In Apple Music, for example, you can look at the song's lyrics as they play in real time, and tapping on a specific lyric will bring you and your callers to that point in the track. When you're all on TikTok together, each person can like the videos they want, too. The popular game Heads Up will also be coming to SharePlay so you can guess the word on your face while your friends act it out for you.

SharePlay works with iPhones, iPads and Apple TVs, and most playback features are the same across Apple's ecosystem. Those with Apple Watches will also be able to use this feature for group workouts or meditations on Fitness+ with up to 32 callers. So far, SharePlay works with just a few apps, but as more developers integrate it, iOS users could find more ways to socialize and digitally gather with loved ones soon.

All products recommended by Engadget are selected by our editorial team, independent of our parent company. Some of our stories include affiliate links. If you buy something through one of these links, we may earn an affiliate commission. All prices are correct at the time of publishing.
View All Comments
How to use SharePlay on iOS 15
ios
apple
news
gear
facetime
hands-on
explainer
smartphone
shareplay