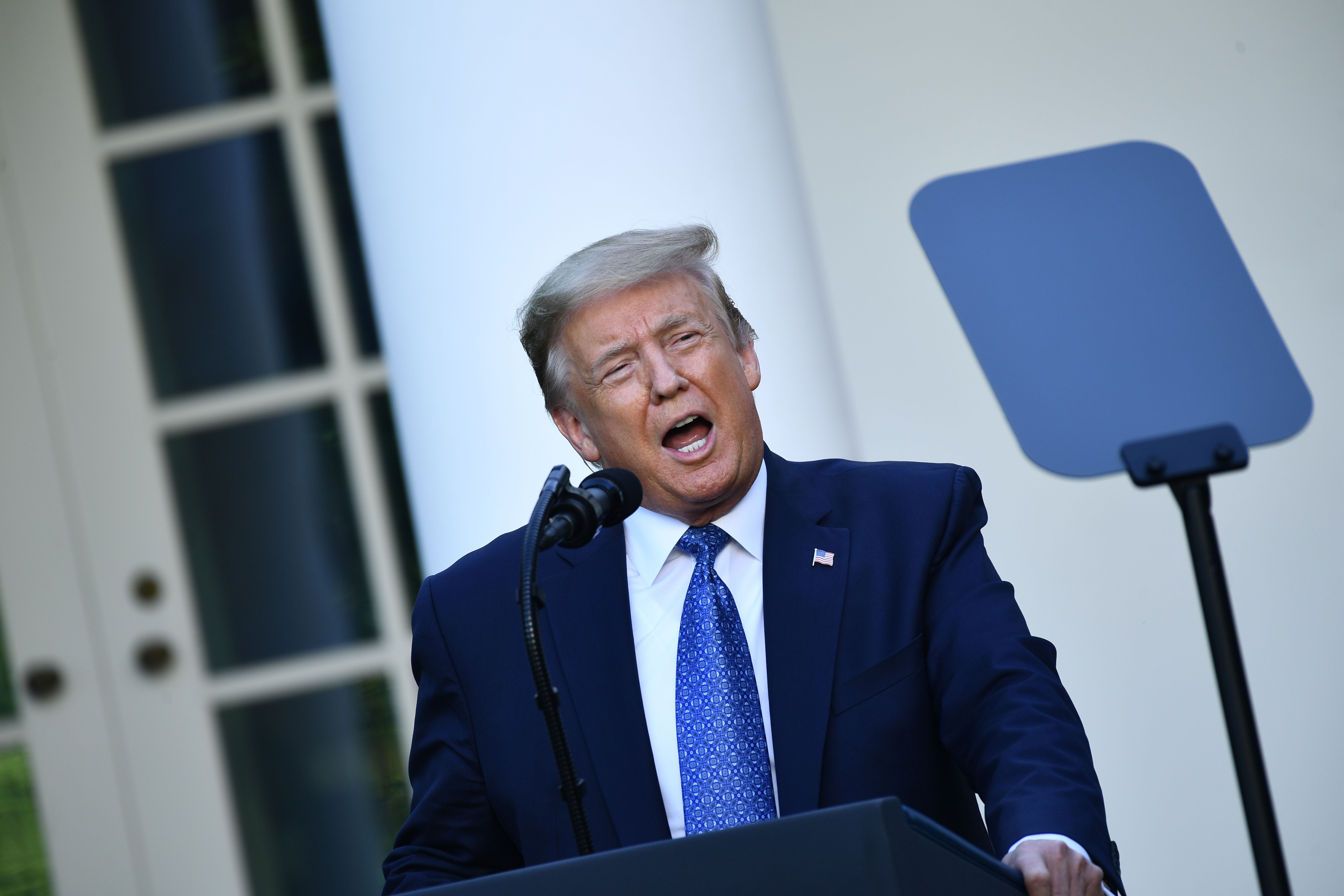 Snap just became the latest social media company to take action against Donald Trump. Snapchat will no longer promote content from Trump's Snapchat account in its app, the company announced. The change will make Trump’s Snapchat posts more difficult to find in the app, though the company isn’t removing any content or changing how his posts appear to his subscribers.

“We are not currently promoting the President’s content on Snapchat’s Discover platform,” a company spokesperson said in a statement. “We will not amplify voices who incite racial violence and injustice by giving them free promotion on Discover. Racial violence and injustice have no place in our society and we stand together with all who seek peace, love, equality, and justice in America.”

A Snap spokesperson said the company made the decision over the weekend in response to tweets from the president that threatened protestors with “the most vicious dogs and ominous weapons, I have ever seen."

The Trump campaign is quite active on Snapchat and spends a significant amount on advertising in the app. Ads will be unaffected by Snap’s decision and Trump’s content will continue to appear to subscribers, as well as for those that search for him. But Snap will no longer provide Trump’s account with “free promotion” by allowing it to appear organically in the “For You” section of Discover.

Snap has long tried to differentiate itself from Facebook and Twitter in how it approaches content on its platform. The company heavily curates what appears in the Discover section of its app. Snap also fact-checks political advertisements, unlike Facebook. The move comes after the company published a company-wide memo from CEO Evan Spiegel, in which he called for a Reparations Commission and appeared to condemn Trump’s rhetoric, though he did not mention the president by name.

“As for Snapchat, we simply cannot promote accounts in America that are linked to people who incite racial violence, whether they do so on or off our platform,” Spiegel wrote. “We may continue to allow divisive people to maintain an account on Snapchat, as long as the content that is published on Snapchat is consistent with our community guidelines, but we will not promote that account or content in any way.”

Update 6/3 3pm ET: In a statement, Trump’s campaign manager, Brad Parscale, accused the company of “trying to rig the 2020 election.”

“Snapchat is trying to rig the 2020 election, illegally using their corporate funding to promote Joe Biden and suppress President Trump,” he wrote. “Radical Snapchat CEO Evan Spiegel would rather promote extreme left riot videos and encourage their users to destroy America than share the positive words of unity, justice, and law and order from our President.

In this article: Snapchat, Evan Spiegel, internet, Donald Trump, Social media, snap, news, gear
All products recommended by Engadget are selected by our editorial team, independent of our parent company. Some of our stories include affiliate links. If you buy something through one of these links, we may earn an affiliate commission.