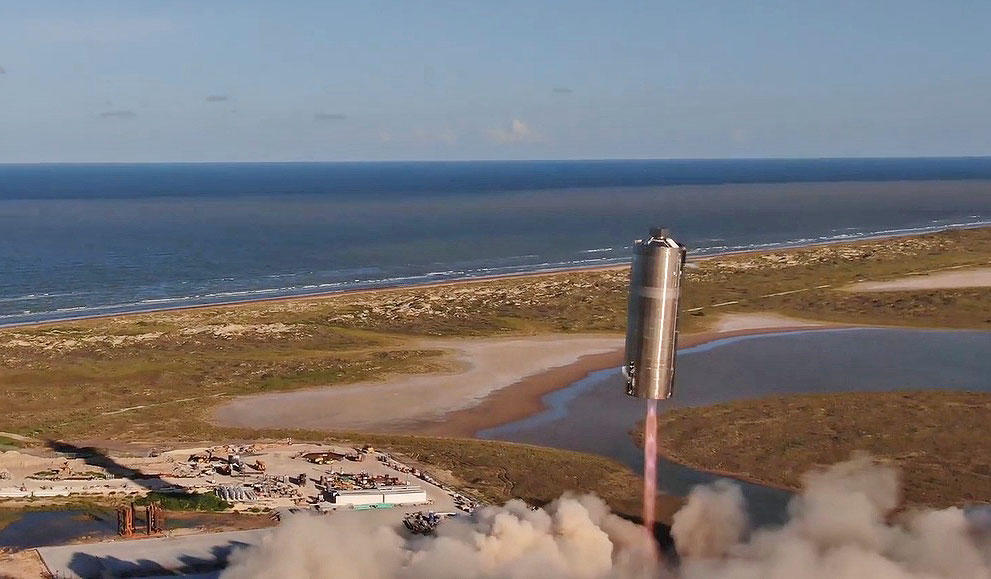 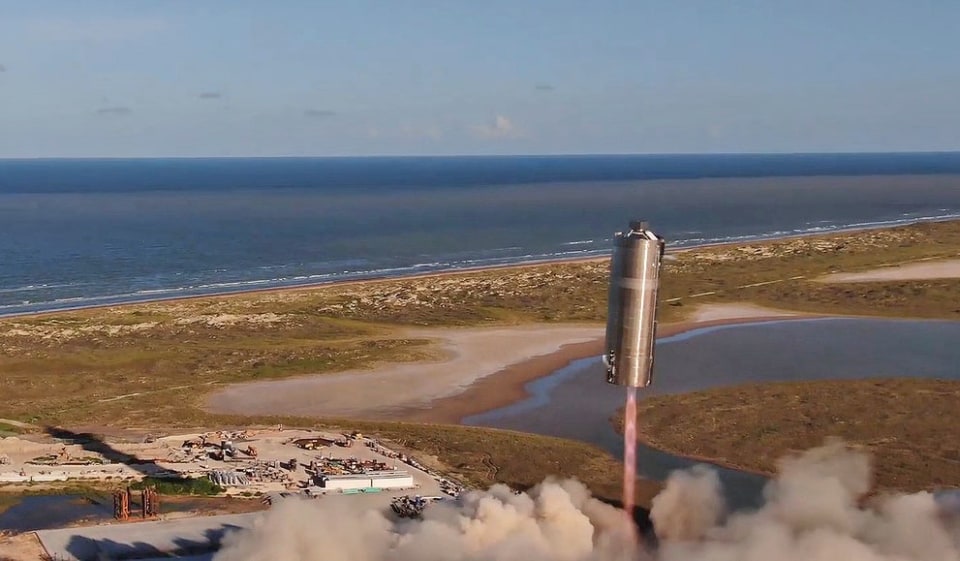 Almost a year after we saw SpaceX’s ‘Starhopper’ test vehicle make a short trip into the air, the company has successfully flown and landed a full-size Starship prototype. The SN5 vehicle is missing its nose cone, so it’s a bit like a taller “flying water tower” just like the earlier test rig, but it went up and down from SpaceX’s Boca Chica, TX launch pad all the same.

You can watch the NASASpaceflight YouTube stream that captured the event (start at about 1:14), and see the single Raptor engine-powered hop, that took SN5 about 150 meters into the air. According to Elon Musk, the next steps include several more short hops before going “high altitude” with body flaps attached. That makes SpaceX two for two on the week, after safely returning two astronauts from the ISS aboard its Crew Dragon vehicle, and is a notable step forward for reusable spacecraft.

Update: Now there’s some official video with angles from a drone and cameras mounted on the Starship SN5 itself that gives another angle on the launch.

In this article: test flight, SpaceX, Starship, Elon Musk, SN5, news, tomorrow
All products recommended by Engadget are selected by our editorial team, independent of our parent company. Some of our stories include affiliate links. If you buy something through one of these links, we may earn an affiliate commission.