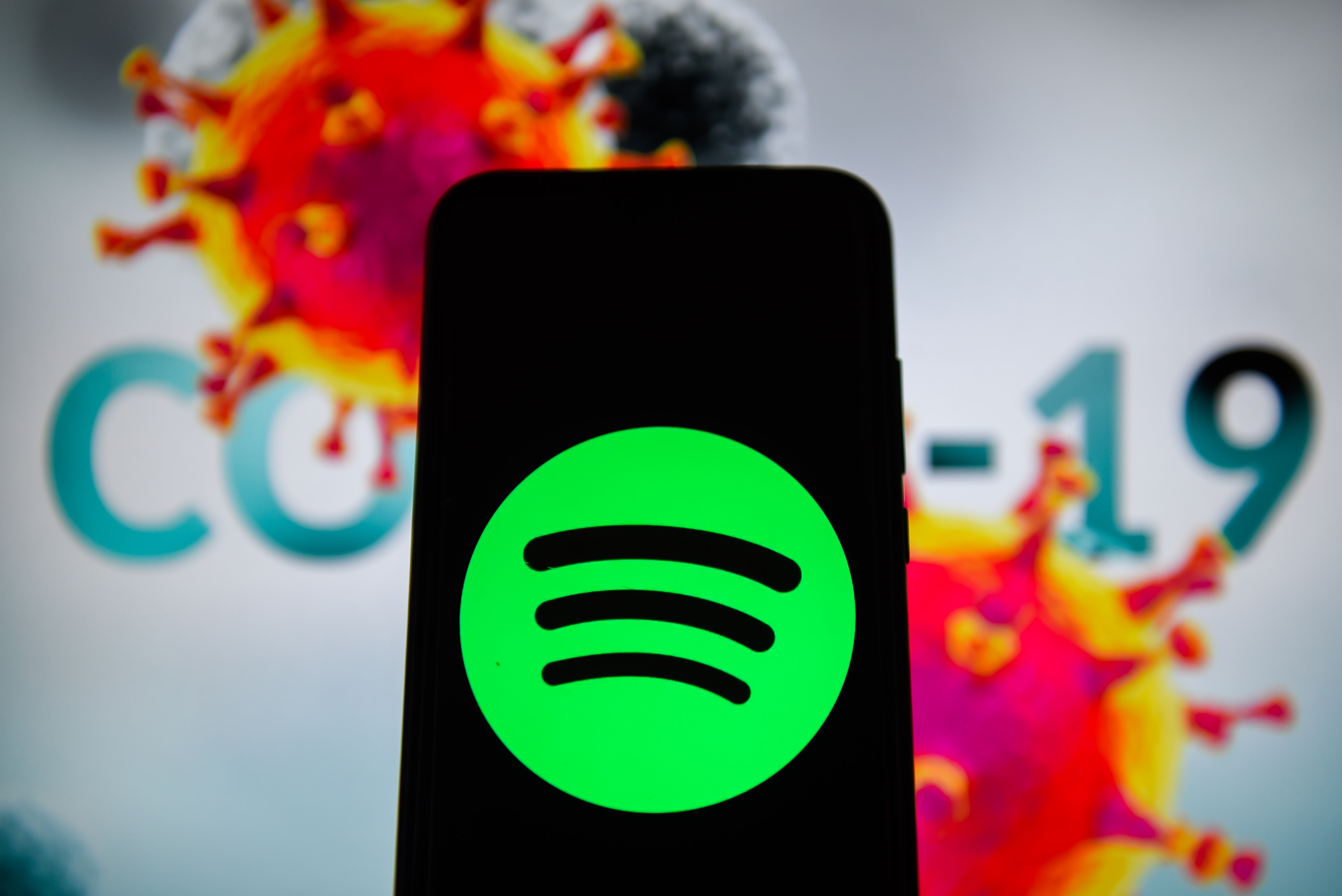 “Every day now looks like the weekend,” says Spotify's newest financial report, and one of the earliest looks at how COVID-19 impacts streaming businesses. But the numbers aren’t as interesting as Spotify’s insights into how the global crisis has impacted what its users are doing.

For instance, Spotify says that the number of users connecting to the platform through their cars, wearables and desktop browsers drop double digits. But that rather than those subscribers deserting the platform, they’re now just accessing music through their TVs and game consoles. Growth in those areas is “in excess of 50 percent over the same time period,” with game consoles suddenly becoming a “top 2 or 3 platform in terms of consumption,” especially for free users.

And Spotify's big-budget gamble on podcasts and podcasting appears to be paying dividends in the new normal we find ourselves in. Almost a fifth of Spotify's users engage with podcasts on the platform, of which there are now more than 1 million shows on the service. And, most importantly, more than 60 percent of them are powered by Anchor, the "make your own podcast" platform Spotify bought in early 2019.

It looks like plenty of people are taking their lockdown / shelter-in-place orders as justification to start a new podcast of their own, too. According to Spotify, “Anchor-powered shows accounted for more than 70 percent of new podcasts launched on our service.” But naturally, COVID-19 has caused a shock to the advertising market, with Spotify recording a 20-plus-percent dent in ad revenue towards the end of March.

Spotify is clearly providing some measure of comfort to folks in these stressful times, and saw a spike in searches for "chill" and “instrumental” playlists. It also reported an “uptick in consumption of podcasts related to wellness and meditation over the last few weeks."

On the finance side Spotify, as expected, saw user growth increase, with 286 million total users and 130 million paying customers. That helped it bring in €1.8 billion ($1.95 billion) revenue, with operating losses falling to just €17 million ($18.4 million). The company expects to see that growth slow over the coming months, but thinks that it’ll break the 300 million user milestone in short order.

In this article: Q1 2020, Spotify, Financials, COVID-19, news, gear, entertainment
All products recommended by Engadget are selected by our editorial team, independent of our parent company. Some of our stories include affiliate links. If you buy something through one of these links, we may earn an affiliate commission.