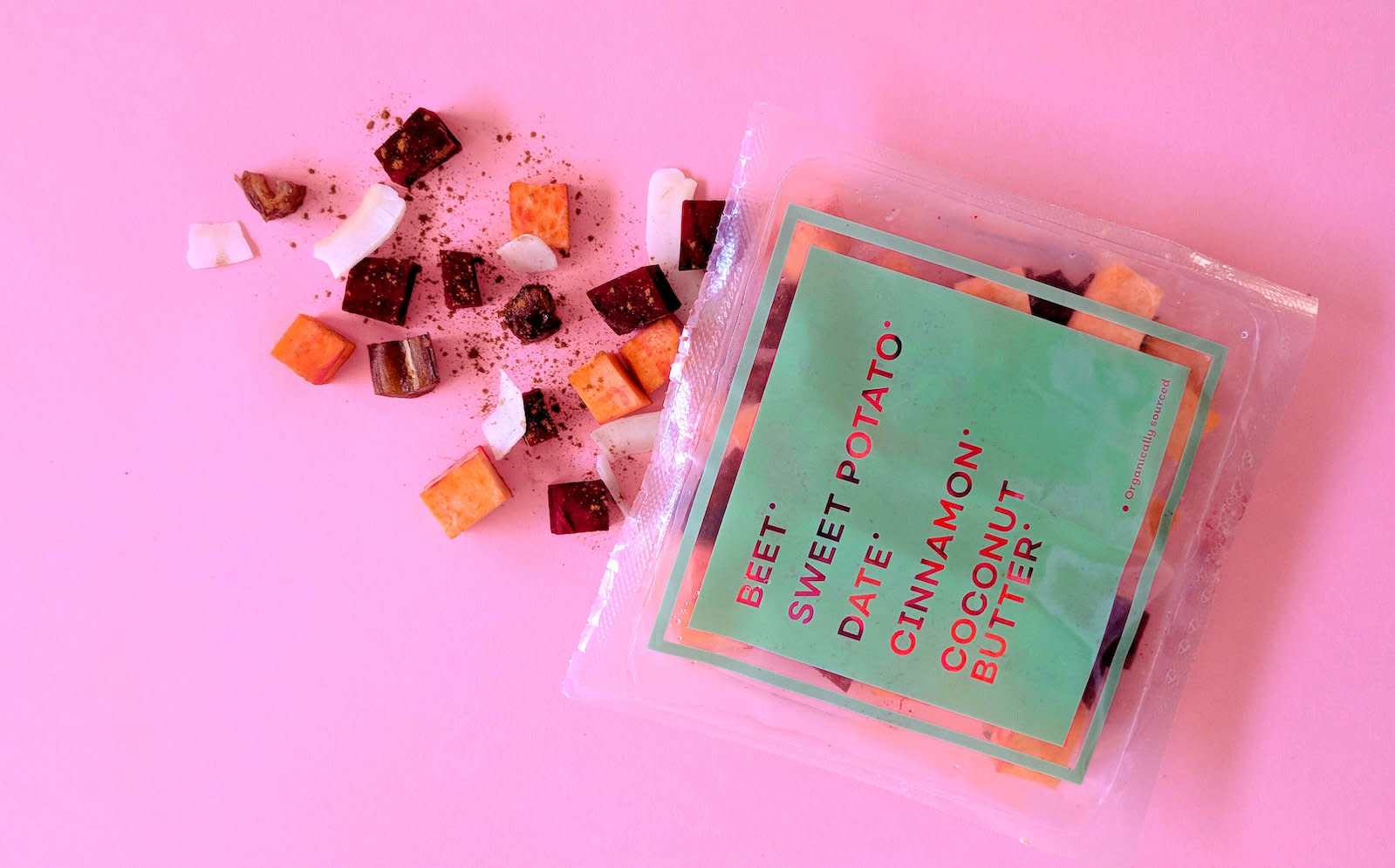 Some of the best chocolate in the country is made just outside Boston, in Somerville, Massachusetts, by a one-man shop that uses only the highest-quality cocoa beans and sugar, spinning the nibs into smooth deliciousness on tiny machines. Every three months, Somerville Chocolate CSA releases three bars as part of its subscription program. This is the main way it sells its chocolate. Sometimes it sells extra bars to specialty shops or on its website, but if you’re looking for a particular origin or that one fermented chili, yuzu and garlic bar, you will probably be out of luck.

Eric Parkes, the founder of Somerville Chocolate, uses words like “harvest” when he talks about the yearlong subscription “season,” but he’s not cutting cacao pods off trees in Costa Rica himself. Instead, he focuses on sourcing interesting beans and making them into interesting chocolate. Each bundle has a “chocolate geekery” element as well, essentially an educational aspect that links all three bars together.

For example, a recent bundle included three bars made from three types of Peruvian beans, sourced from three farmers growing in the same region. Parkes brought out the distinct flavor inherent in each type of bean (its terroir, if you will), so that when you tasted all three next to one another, you could tell a striking difference.

“The beauty... is it's sort of a captive audience, and they have to roll with the punches,” he said, explaining that he’d originally chosen this method because he “didn’t have the confidence to just put myself in stores.”

After about two years of selling to subscribers only, Parkes did in fact put his bars in select stores around the country, and now about 30 percent of his business comes from those venues and about five percent from online sales. (Until about three years ago, you had to email the company to find out which bars were in stock, and if you were looking for a particular bar, again, you’d probably end up empty handed. Same story with the stores. I’ve never found a bar at any of them.) Still, the majority of his sales are through the subscription, which takes up most of his focus too.

By this point, we’re all familiar with subscriptions for Netflix and 'The New York Times,' but increasingly, we’re subscribing for our granola and greens deliveries, too.

Now, in the midst of the coronavirus outbreak, Somerville’s direct-to-consumer model might be an unexpected bonus. As consumers have more and more trouble getting to stores whose shelves are already barren, perhaps food subscription businesses have an opportunity to shine. Take Blue Apron, whose 2017 IPO tanked and has since been suffering losses quarter after quarter. In March its shares quadrupled, breathing new life into the company.

Subscriptions have already been blowing up: In 2018, McKinsey found that subscription e-commerce grew by more than 100 percent per year for the preceding five years. And about 15 percent of online shoppers subscribe to at least one program. By this point, we’re all familiar with subscriptions for Netflix and The New York Times, but increasingly, we’re subscribing for our granola and greens deliveries, too.

Amazon has been offering its “subscribe and save” program since 2007, allowing us to get everything from potato chips to dog food delivered monthly without a second thought. Blue Apron ushered in this new era, growing to a $2 billion valuation within three years, all through delivering meal kits to subscribers. Now, the food industry is piling on, from packaged snacks to irregularly shaped vegetables.

These companies are “building on the Amazon effect,” or the e-commerce model, said Amy Bentley, a professor of food studies at NYU. “We don't want to go to the store. We want everything to come to us.” Subscriptions offer other added bonuses besides not having to leave the house: We can set it and forget it, guaranteeing delivery of food in an uncertain time. And we can personalize every part of it, down to our dairy-free or gluten-lite diets.

It’s also beneficial for companies. “From a business point of view, it's good because you get a cash flow,” said Parkes, from Somerville. “You know in advance what you're going to [produce], and you don't have to go out there and constantly market yourself after the first go-around.” He uses the original business-to-consumer (B2C) model, one that was pioneered in the 1980s and is now championed by every trendy urbanite I know: community-supported agriculture, or CSA.

In a traditional CSA, a customer “subscribes” to a farm for a certain harvest season by paying for the entire season up front, usually several months in advance. The farmer uses that money to buy seeds, hire labor and so on. Then, when it’s time for the farmer to harvest the produce, the customer picks it up weekly or bi-weekly from an agreed-upon location. It’s how I got my hands on the tiniest green figs a few years ago, and their delicate flavor still lingers in my dreams.

Originally, “CSAs were a way to bypass banks or to also share the risk,” explained Bentley, noting that now many artisanal companies outside the farming industry are forming what they call CSAs for the same reasons the model was traditionally used, even if they don’t exactly follow it to a T. Parkes said he calls it “agricultural appropriation” but that the spirit of his company is the same. For example, none of these newfangled CSAs harvest produce themselves.

Parkes doesn’t usually submit to awards, but when he does, he wins at competitions like the Academy of Chocolate Awards and the Intergalactic Chocolate Symposium. In my opinion, the highest accolade is the fact that Chocolopolis, a specialty store in Seattle, has sold his bars. Owner Lauren Adler has a rigorous acceptance process, including several rounds of tastings prior to acceptance. Adler said she carried the dark milk with hops bar because “it had an incredibly unique flavor, and I loved the way they partnered with their neighbor brewery to repurpose the hops.”

Overall, though, Parkes says he intends to keep his business small and subscription based so that he can focus on raising his two kids. “I'd love to be leading tastings every weekend, but that's when the soccer games are,” he said. “That's where the family thing comes in the most.” Parkes, who previously worked full time as an architect, is part of a growing number of people who are leaving traditional career paths, like law or even Wall Street, to start their own specialty food companies and prioritize their families and work-life balance. “I don't really need to conquer the world anymore,” he explained.

On the other end of the ambition spectrum, serial entrepreneurs like Santiago Merea are also throwing their hat into the subscription ring. A behavioral economist whose last company was acquired by recipe app Yummly, Merea’s now all-in on food for babies. His company Raised Real delivers flash-frozen, plant-based “supermeals” for kids aged six months to two years.

Where Parkes presents himself as a Luddite, Merea is fluent in tech-startup buzzwords. From day one, he’s conducted surveys and led focus groups to research the perfect subscription model, with the goal not of maximizing the number of customers (like many startups) but rather becoming profitable as soon as possible.

When Merea and his wife had twins a few years ago, he realized how out of sync most baby food is with our current cultural norms: The traditional purees are uber-processed and sold in plastic pouches. Millennials, who make up more than 50 percent of current parents, with numbers quickly rising, instead want those buzzwords Merea loves to use: “super clean, super unprocessed, super transparent.”

When he says “transparent,” he means it literally: The meals come in clear, recyclable plastic pouches as whole foods (well, whole foods diced into tiny pieces) so that you can literally see the ingredients, whether they’re butternut squash and bananas or white quinoa and sacha inchi oil. Heat them up with a splash of water in the microwave for a minute or so and serve them as finger food for older kids, as a puree for true babies or as a mash for anyone in between.

As a subscription business, Merea sells the kind of product that’s both needed regularly and can be pulled out of the freezer without a second thought.

I thought only annoying foodies on the coasts, like me, were buying turmeric, lucuma powder and coconut butter, but Raised Real says most of its customers come from parts of the country like Texas and Florida, with an average household income of $80,000. They might eat meat and potatoes for dinner, but they want their children to get the most nutritious food possible.

As a subscription business, Merea sells the kind of product that’s both needed regularly and can be pulled out of the freezer without a second thought. The company offers customizable subscriptions with different amounts of food, so it can can cater to six-month-olds as well as two-year-olds, meaning that as some of Raised Real’s customers age out of its program, more babies are aging in. This is quite different than a subscription to chocolate, which is often given as a gift and not necessarily renewed. The company has tried to optimize for profits by breaking with the subscription-industry standard of offering trials, discounts and free products — thus attracting fewer customers overall, but more who will pay for an average of 110 meals.

So far Raised Real has been working with its investor Schwan, which acts as a national distributor for its frozen meals. In March, Raised Real saw an increase in business as families stockpiled food for a few weeks. “This is another advantage of having a frozen product and supply chain,” Merea said. “Things stay good for a long time.”

Merea is currently exploring other ways to expand, including selling his products at hotels and grocery stores. That doesn’t mean he’s abandoning the direct-to-consumer model; rather, he sees these placements as a way to attract new customers who will test out a meal and then subscribe.

According to Wolf, that’s the hardest part of the direct-to-consumer route. “Growth is the biggest challenge,” he said, because discovery is more difficult when products are going straight to consumers’ mailboxes. There’s no chance that someone will happen to see it in a store and try it out.

Of course, not that many people are hanging out in stores, at the moment, or going out to a nice restaurant for date night. It might be that regularly delivered food to the doorstep is more vital right now than these subscription services first anticipated. Melanie Bartelme, a global food analyst at Mintel, also thinks that as people are increasingly limited in their ability to go out due to the coronavirus, subscriptions that “help consumers feel like they are getting a special experience at home” will be successful. “Subscription services can give consumers a sense of fun and something to look forward to,” she said. “Especially in uncertain times.”

All products recommended by Engadget are selected by our editorial team, independent of our parent company. Some of our stories include affiliate links. If you buy something through one of these links, we may earn an affiliate commission. All prices are correct at the time of publishing.
View All Comments
Subscription services sell artisanal food, too