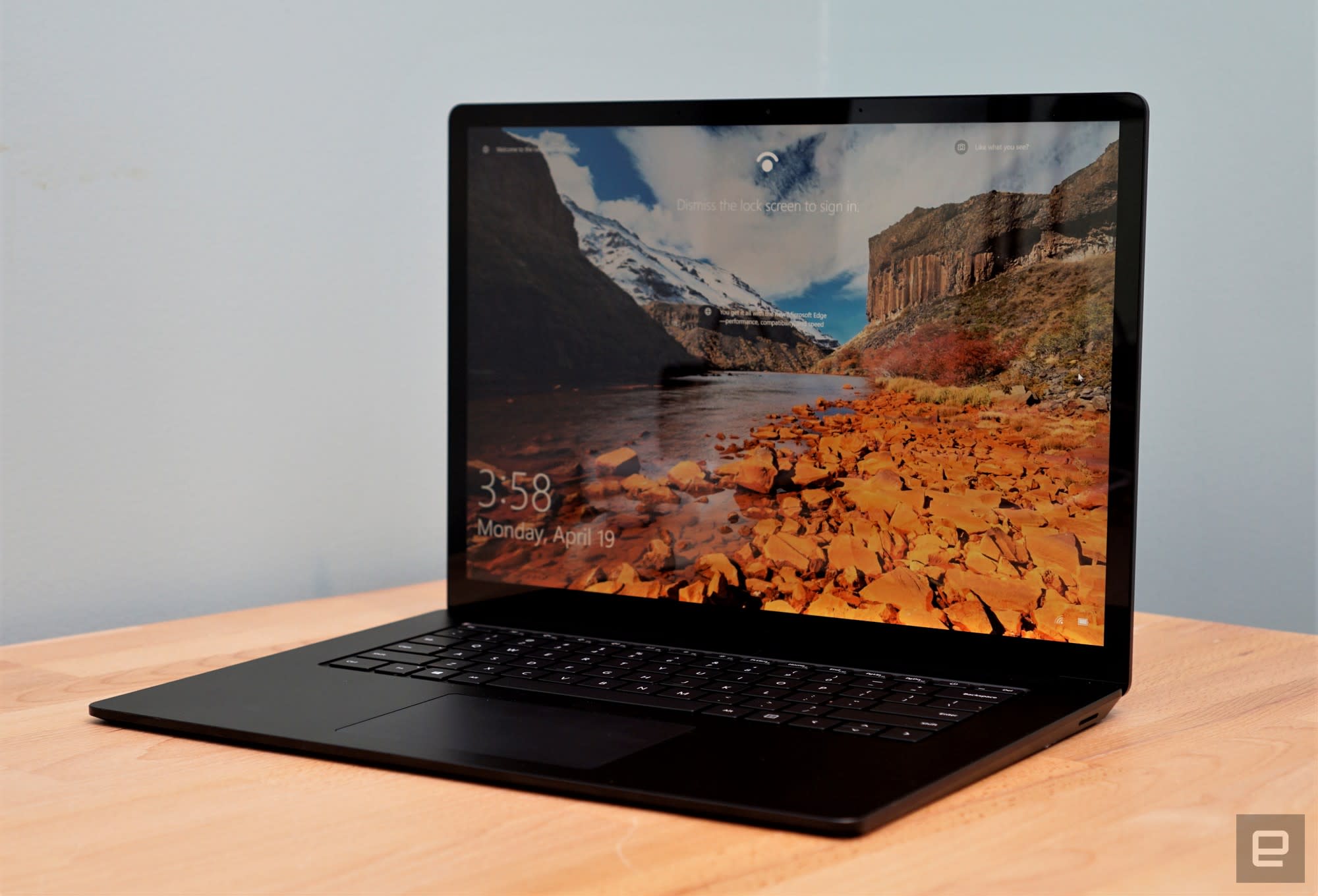 It may look familiar, but it’s a huge upgrade.

Meet the Surface Laptop 4. It looks the same as the Surface Laptop 3, which was just a slightly bigger Surface Laptop 2, a computer that wasn't all that different than the original Surface Laptop. Get the picture? Not much has changed with Microsoft's most traditional PC line over the years. It's always been an exercise in minimalism, with none of the fancy contorting screens from the rest of the Surface family.

But in 2021, that simplicity almost makes the Surface Laptop 4 seem like a "normcore" PC. That's particularly true when you look at competitors like Dell, HP and ASUS, all of which have been cranking out wild new designs. Just look at the almost invisible screen bezel around the XPS 13, or the ZenBook Duo’s dual displays — they make the Surface Laptop 4 look absolutely archaic.

So, if you haven't guessed, I was a bit disappointed that Microsoft decided to keep coasting with this same look. But after using the 15-inch Surface Laptop 4 for the past week, I've warmed up to it. It's noticeably faster and has longer battery life than the previous model, and it still has one of the best keyboards on the market. You've also got the choice between Intel and AMD processors on both the 13-inch and 15-inch models. Take all of that together with a genuinely sturdy and premium-feeling case, and you've got an ultraportable that I could easily recommend to anyone.

What really turned me around was seeing just how much AMD's Ryzen 7 4980U sped things up. I was able to play Overwatch in 1080p with high graphical settings smoothly over 60FPS, whereas the Surface Laptop 3 could only do that with medium settings. You can thank the built-in Radeon graphics for that. The Laptop 4 remained snappy even when I bogged it down with dozens of browser tabs, 4K videos and huge game downloads. I only wish Microsoft was able to include AMD's newer 5000-series chips, which would have been an even bigger performance leap. The Laptop 4's SSD could be faster too, but at least that's something you can replace down the line.

Alternatively, you can also equip the Surface Laptop 4 with Intel's newer 11th-generation CPUs. Those chips have managed to impress us in other laptops, so they may be a better option for future-proofing — just be prepared to pay a bit more. AMD's 4000-series hardware is already a year old, so the Laptop 4's Ryzen processors may feel outdated far more quickly. Either way, though, you’ll get a pretty fast computer.

Thanks to the updated hardware, Microsoft was also able to fix one of the Surface Laptop 3's biggest flaws: Battery life. That machine only reached seven hours and 50 minutes in our battery test, which was far less than the nearly 16 hours of uptime we saw on the 13-inch Surface Laptop 2. This model managed to clock an impressive 15 hours and 25 minutes, though that’s two hours less than Microsoft claims. In real-world performance, I was able to work on it for around 10 hours before the Laptop 4 needed a recharge. That combination of speed and battery life makes the Surface Laptop 4 a solid alternative to Apple's M1 MacBooks (which are basically what I'm judging all ultraportables against these days).

As much as I'd like to see Microsoft change things up a bit, the Surface Laptop 4's aluminum case design still feels luxurious enough to go toe-to-toe with Apple's hardware. Our matte black review unit almost seemed to absorb in light, and handling it felt like caressing a BMW with my fingertips. (I can't be the only person who does that, right?) The larger Laptop 4 doesn't offer Alcantara palm rests like the 13-inch model, but I didn't mind putting my wrists on that smooth metal.

Mostly, that's because I was too focused on the Laptop 4's phenomenal keyboard. After reviewing so many notebooks over the years, I've grown used to shallow and unsatisfying typing experiences. But once again, Microsoft has managed to deliver something that's almost perfect, with deep and responsive key travel, and a luxurious layout. Every time I sat in front of the Laptop 4, I almost felt compelled to type just for a bit of that sweet sweet key action. The trackpad is solid too, but it's the keyboard I'll miss the most when I send this review unit back.

I'll be sad to see the 15-inch PixelSense screen go too. It hasn't changed at all since the Surface Laptop 3, but it's still bold, bright and offers excellent touchscreen responsiveness. I'm still more impressed with the Dolby Vision-equipped XPS screens, but those don't support accessories like the Surface Pen.

Now you'd think that with such a large screen, the Surface Laptop 4 would feel pretty hefty too. But it weighs just 3.4 pounds, significantly less than the MacBook Pro 15-inch (4 pounds) or XPS 15 (4.5 pounds). It may be a bit unfair to compare the Surface Laptop 4 to machines with much beefier hardware, but Microsoft's engineering still feels remarkable. Moving the Laptop 4 around my house felt as effortless as toting a 13-inch ultraportable.

And really, that sort of carefree vibe was my biggest takeaway after testing the Surface Laptop 4. It's a fast and sturdy PC you don't have to think too much about. There's no need to optimize graphics settings or tweak fan speeds. And its battery life is so great, you won't have to worry about charging it too often either. It's a Windows laptop that just works — imagine that.

That doesn't mean it's perfect, though. I'd love to see more than two ports on this thing, but at least Microsoft gives you both USB Type-A and USB-C. You can also charge over USB-C, just like the last few Surface devices. But the company is still relying on its proprietary Surface Connect for its official power adapter, as well as accessories like docks. And once again, there's no support for Intel's speedy Thunderbolt interface, which means you won't see the full performance from some external hard drives. You won't be able to plug in an external GPU at all, but I suppose that's beyond the realm of a typical Surface Laptop buyer.

The real question for most buyers: Should you get the Surface Laptop 4 over an M1 MacBook Pro, or Dell's latest XPS devices? I suppose that all comes down to what you value most. Apple's M1 hardware still feels snappier than x86 chips, and they run so cool you won't have to worry about much fan noise. But if you want to run Windows apps, you're out of luck with the M1 devices. Personally, I'd opt for the XPS 13 and 15 over either Surface Laptop 4, but Microsoft makes a strong showing.

You could look at the Surface Laptop 4 as a statement by Microsoft. It doesn't need to follow every single trend in the PC market, not when it already has very capable hardware. And when you look at just how solid the Laptop 4 is, I can see why the company made that choice. I'm just hoping that Microsoft is a bit less conservative with the next model. Sometimes, it’s okay to show off a bit.

All products recommended by Engadget are selected by our editorial team, independent of our parent company. Some of our stories include affiliate links. If you buy something through one of these links, we may earn an affiliate commission. All prices are correct at the time of publishing.
View All Comments
Surface Laptop 4 review (15-inch): A bigger, better ultraportable