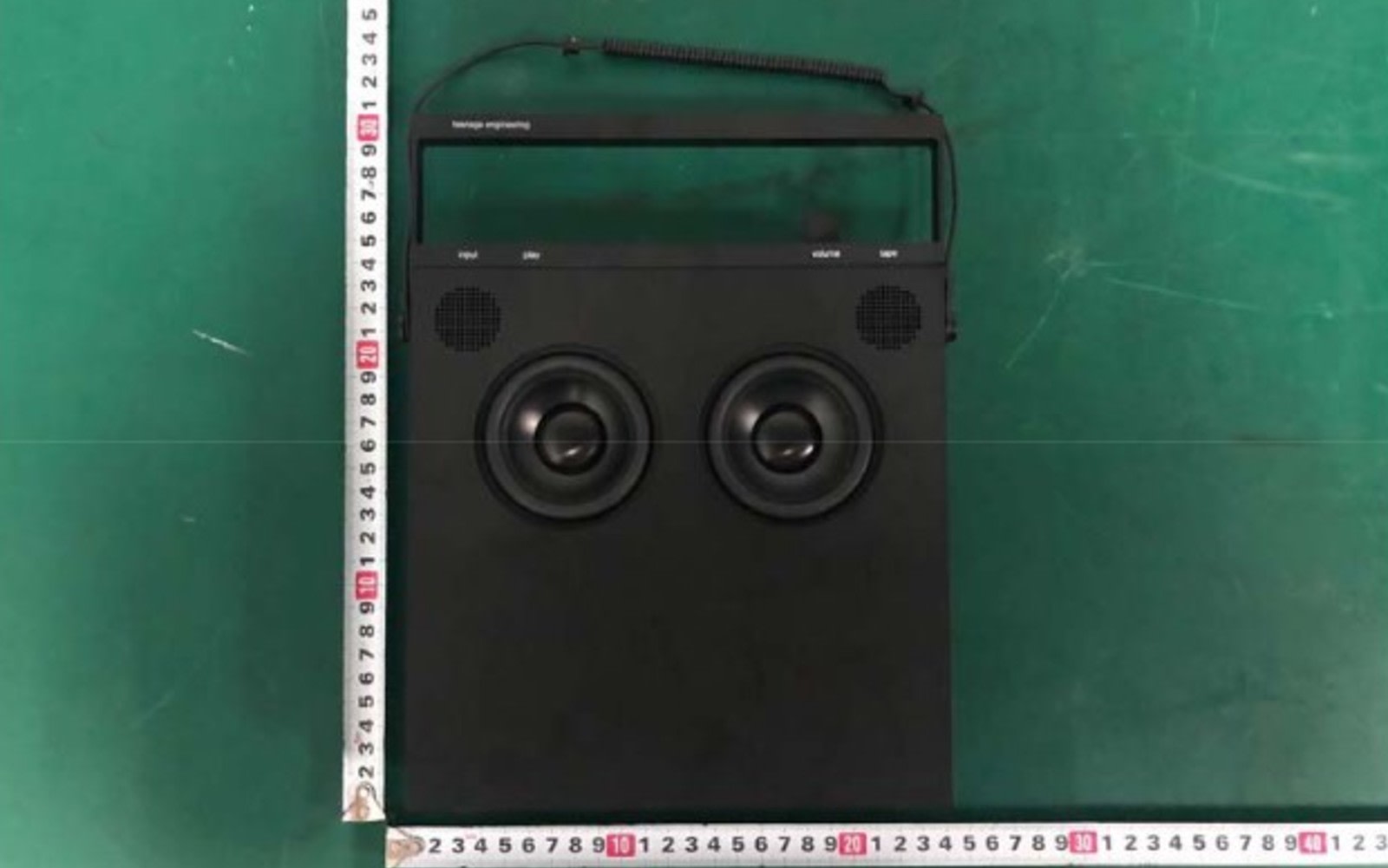 When Teenage Engineering started teasing it was working on a "magic apparatus," people got understandably excited. After all, this is the company that has released some of the most offbeat but capable synths (and IKEA products) in the last couple of years, and it said it had been working on this device for the past six years. There was even hope we might see an update to the company's original OP-1 synth, which came out in 2011. But Teenage Engineering fans may not get their wish.

Thanks to a Japanese regulatory filing, we know TE's next product is a Bluetooth speaker called the OB-4. The document doesn't say much about what features we can expect from the device, but it does include photos. For what it's worth, TE said the speaker is "great for the outdoors," but then that's the type of claim most companies make when promoting a Bluetooth speaker.

As you might imagine, most TE fans aren't thrilled about with the idea of the company releasing a Bluetooth speaker, with more than one person on the Pocket Operator subreddit calling the leak "disappointing." That said, some people have also pointed out it could include some features you don't see on many other Bluetooth speakers. For instance, there's the odd auxiliary jack attached to the unit's handle. One person also pointed out there's a button labeled "tape" on the speaker. What it might do, we don’t know. As usual, it's best to reserve judgment until the company officially details the product, which it plans to do on September 30th.

In this article: teenage engineering, bluetooth, audio, av, leak, gadgets, gadgetry, music, bluetooth speaker, news, gear
All products recommended by Engadget are selected by our editorial team, independent of our parent company. Some of our stories include affiliate links. If you buy something through one of these links, we may earn an affiliate commission.