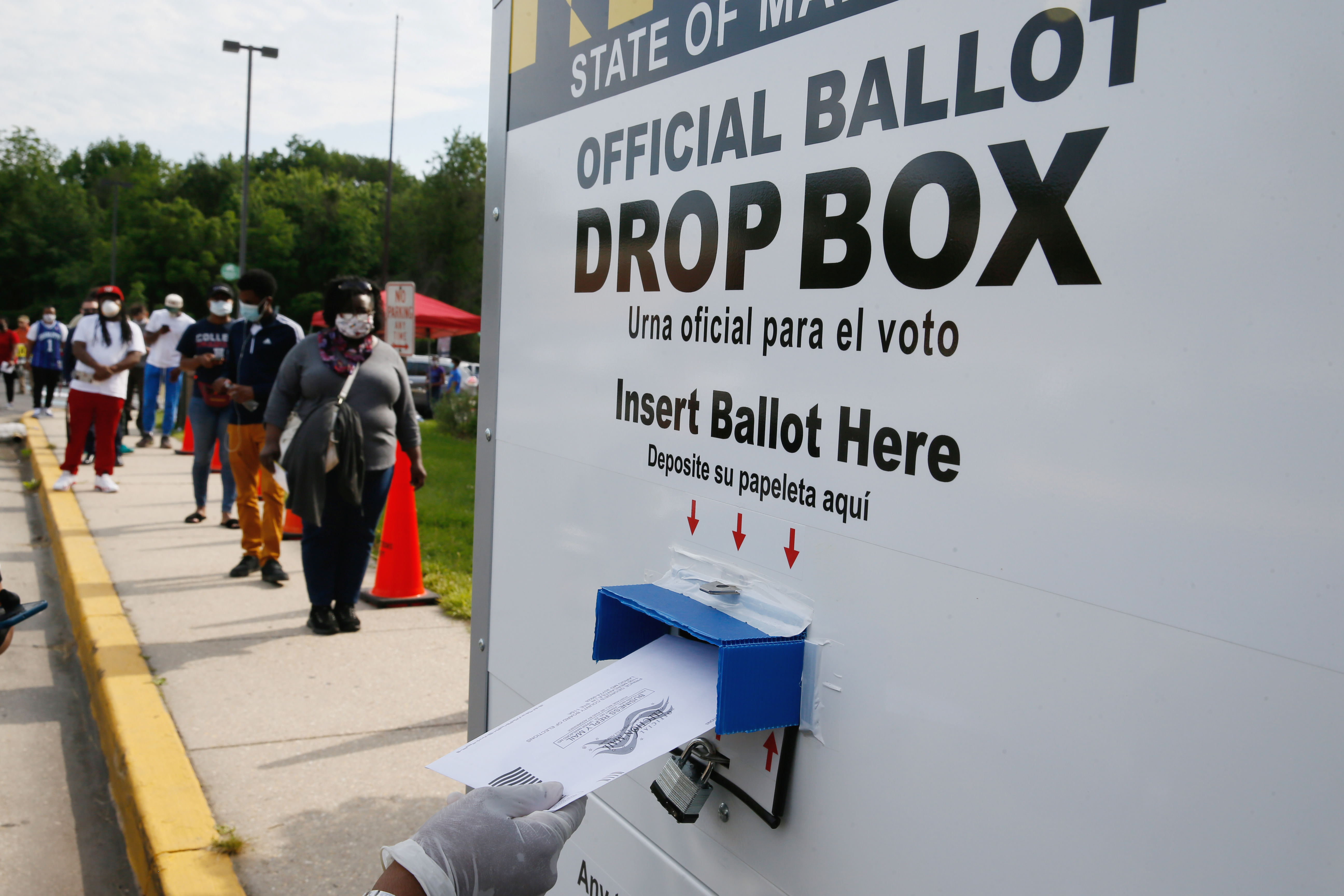 Twitter has once again flagged and hidden one of President Trump’s tweets, this time “for making misleading health claims that could potentially dissuade people from participation in voting.” In the tweet on Monday, Trump said that mail (voter) drop boxes — used as an alternative to the US Postal Service (USPS) — are “not COVID sanitized ” and a “voter security disaster” that could allow fraud.

Twitter said the tweet violates its “suppression and intimidation” rules on voting by making “misleading claims about process procedures or techniques which could dissuade people from participating.” As with Trump’s “looting” post, Twitter said it allowed the tweet to remain on the site “given its relevance to ongoing public conversation.” However, it’s limiting engagement, allowing users to retweet with comment but not like, reply or retweet it.

We placed a public interest notice on this Tweet for violating our Civic Integrity Policy for making misleading health claims that could potentially dissuade people from participation in voting. https://t.co/MA6E7mBpkm

Mail-in or drop-box voter fraud is exceedingly rare because of system checks and balances, according to the Brennan Center for Justice. However, there’s a big partisan gap in such voting, as 48 percent of Democrats compared to 27 percent of Republicans said they intend to vote that way (Trump himself voted by mail in the Republican primary elections).

Since then, the USPS has cut back even further on services and taken hundreds of voting mail-sorting machines out of commission. Voters in Michigan and elsewhere cited those as a reason for voting by drop-box instead, according to NPR. Drop-box ballots are collected directly by election officials and thus can’t be delayed. (Also, COVID-19 is much less likely to be spread by a touching a virus-infected surface than by other means, according to the CDC.)

Twitter has placed warnings on Trump’s tweets about voting before, but hiding one is a more noticeable action that’s bound to draw the President’s attention. After he was fact-checked for a false tweet and “manipulated media” earlier this year, the President signed an executive order designed to limit protections for social media companies. Facebook, meanwhile, has left Trump’s Sunday “voter security disaster” post intact, with merely a label about voting information that it puts on all its election posts.

Correction, 1PM ET: This story original stated that “the USPS has... taken hundreds of voting machines out of commission.” This was a mistake and it was meant to state that the USPS has taken hundreds of mail-sorting machines out of commission. For the sake of transparency we have left the error above with a strike-through and then corrected it. We apologize for the error. Thanks to Craig for flagging it for us.

In this article: trump, president, election, white house, restricted tweet, social media, voting, twitter, news, gear
All products recommended by Engadget are selected by our editorial team, independent of our parent company. Some of our stories include affiliate links. If you buy something through one of these links, we may earn an affiliate commission.