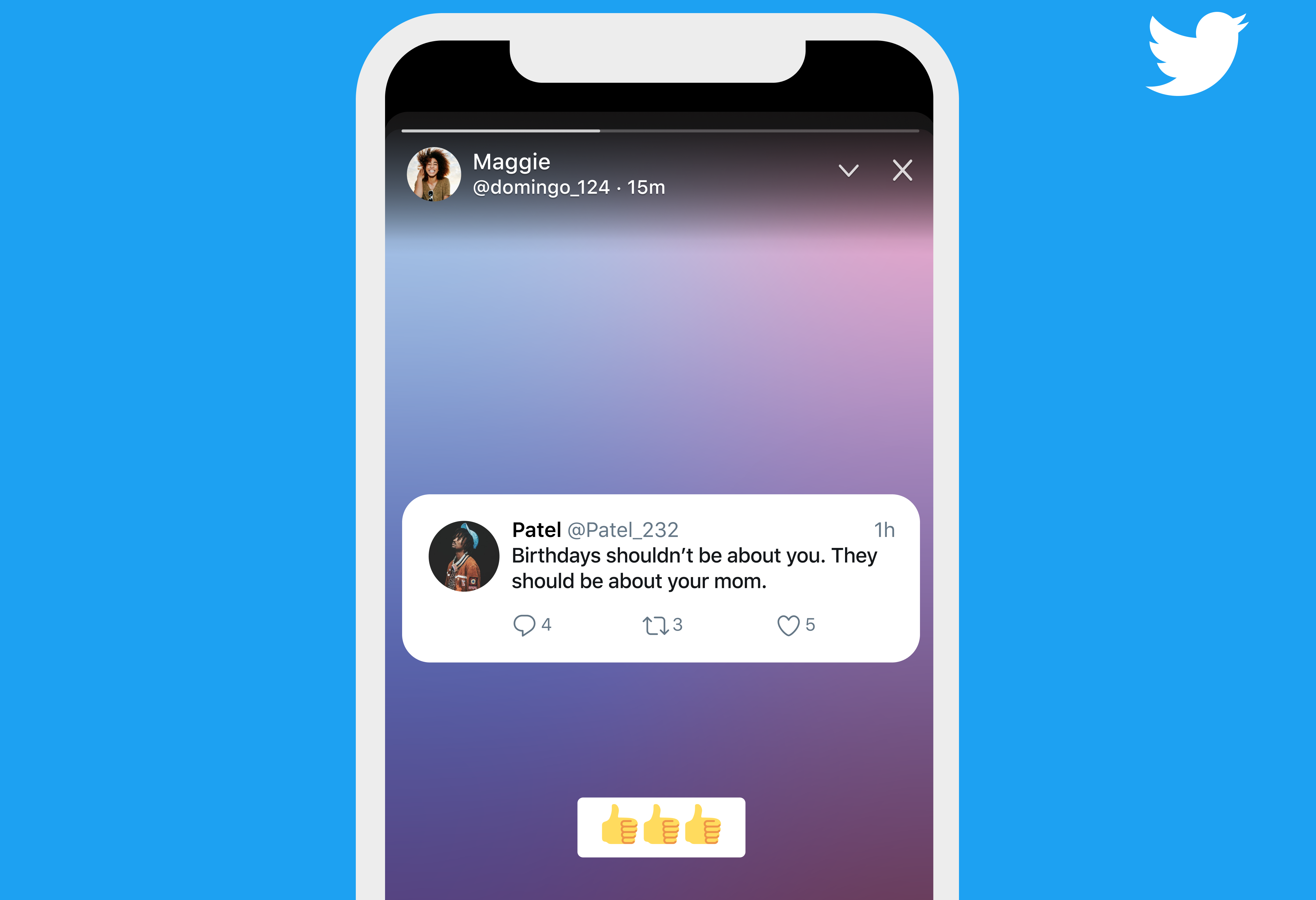 Twitter is making ephemeral content an official part of its app. Fleets, the Stories-like feature it began testing in March, will now be rolling out to all Twitter users, the company announced.

Fleets, named because it’s meant for “fleeting” thoughts, are more like an Instagram Story than a typical tweet. You can start a post with a block of text, a photo, GIF or, yes, a tweet. Fleets posted by people you follow will appear at the top of your timeline and replies are routed to users’ inboxes.

Twitter’s rationale for the feature is similar to Instagram’s explanation when it first introduced Stories: it wants to remove the pressure associated with tweeting and get more users feeling comfortable sharing. That may not sound like a real problem, but data suggests that most users don’t actually tweet that much. A Pew Research poll from last year found that about 10 percent of the “most prolific” Twitter users are responsible for 80 percent of the tweets in the United States. Perhaps rolling out a disappearing format might get these “lurkers” to start actually posting.

Fleets also represents another kind of shift for Twitter: it’s the first time the company is explicitly acknowledging that users may not want everything they post to stick around forever. Fleets won’t solve “cancel culture,” or people being harassed over years-old tweets, but it might make the service more approachable for new users and longtime lurkers. (Twitter has said early testing suggests fleets may lead to healthier interactions.)

And while Fleets is so far one of the biggest changes Twitter has made to its service, the company plans to experiment with another new feature that could also significantly change how people interact on its platform. The company also plans to start testing a feature for live broadcasts called spaces. The idea is similar to the app Clubhouse: users can start real-time voice chats with other users — sort of like a live audio-only chat room.

These conversations will appear in the same area as fleets, as well as in users’ timelines. And unlike tweets, other users can share spaces much like the way they would retweet a tweet. The experimental feature could prove to be controversial. Clubhouse has gotten flack for not doing enough to prevent harassment among its small circle of (mostly elite) users. That could be why Twitter’s product designer Maya Gold Patterson says the company plans to make its version of the feature available to “people who are disproportionately impacted by abuse and harm.” The company expects to start testing the feature later this year.

In this article: Social media, instagram stories, Twitter, tweets, news, gear
All products recommended by Engadget are selected by our editorial team, independent of our parent company. Some of our stories include affiliate links. If you buy something through one of these links, we may earn an affiliate commission.