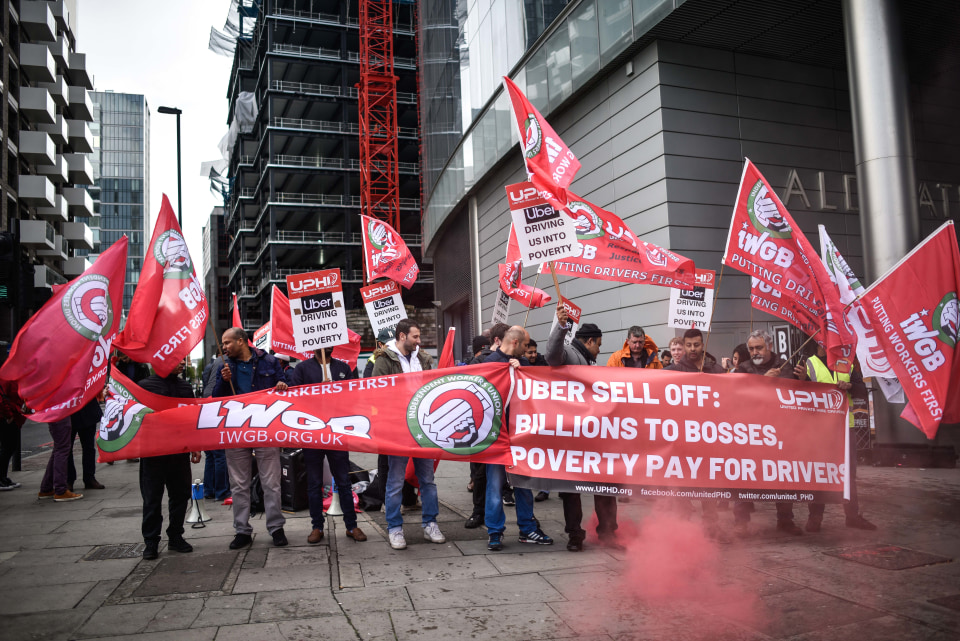 Uber has announced that it is buying Autocab, a British supplier of booking services for the taxi industry and creator of a homegrown Uber rival. The move will enable Uber to incorporate the drivers who work as part of the iGo network inside the Uber app. Not to mention greatly expanding the footprint of its operations in the UK, which right now are limited to 14 major cities.

Most UK towns and cities not called London are served by a handful of small, often independent private hire taxi firms. Until recently, booking a cab required a phone call, because these businesses lacked the resources to create anything else. Autocab, which started out supplying radios and other equipment, built Ghost, a cloud-based booking platform, and an Uber-esque app. This service was then sold to these small taxi firms, enabling them to offer an online booking system without any additional effort.

But Autocab, aware of both the existential threat that Uber provided and the distaste most taxi drivers have for the app, went one further. It started opening talks between taxi businesses to create the iGo Everywhere network, creating a patchwork rival to Uber. If your local cab company was based in Nottingham and you traveled to, say, Cardiff, you’d be able to schedule a trip in your Nottingham-based app. And, crucially, keeping you away from installing Uber’s app and using that to look for a ride.

“Every month, thousands of people open the Uber app in places the company doesn’t operate to try to get a trip,” said the company in a statement. “Through Autocab’s iGo marketplace, Uber will be able to connect these riders with local operators who choose to take their booking,” it added. “In turn, operators should be able to expand their operations and offer more earnings opportunities to local drivers,” as well as plugging in local taxi firms to Uber’s broader platforms, like Delivery and Eats.

Autocab says that iGo is the biggest network in the UK, with access to 75,000 cars, and the company’s platform has gone global, with operations in the US, Europe, Africa and Asia. Naturally, Uber will be able to fill in many gaps in its UK operations, slotting in to the pre-created networks in several towns and cities. Uber says that Autocab will remain independent with “its own board focused exclusively on providing technology to the taxi and private hire industry around the world.”

Of course, it’ll be interesting to see how taxi drivers in the UK, who have historically not been fans of Uber, take this new development. After all, Autocab’s effort was widely embraced, in part, because it allowed a degree of independence while providing a shield against, uh, Uber. It remains to be seen how cabbies feel about being part of the broader Uber family, especially given the latter’s interesting attitude toward its drivers and their wellbeing.

Not to mention the whole issue of Uber simply buying up one of its most meaningful British rivals to absorb into its network. That may be something that the country’s competition authorities might be interested in examining before letting the sale go through.

Update Aug 7th, 4:32am ET: An Uber spokesperson contacted Engadget to say “Uber and Autocab are not competitors.”

In this article: Uber, UK, Transportation, Autocab, Taxi, Ridesharing, news, gear
All products recommended by Engadget are selected by our editorial team, independent of our parent company. Some of our stories include affiliate links. If you buy something through one of these links, we may earn an affiliate commission.