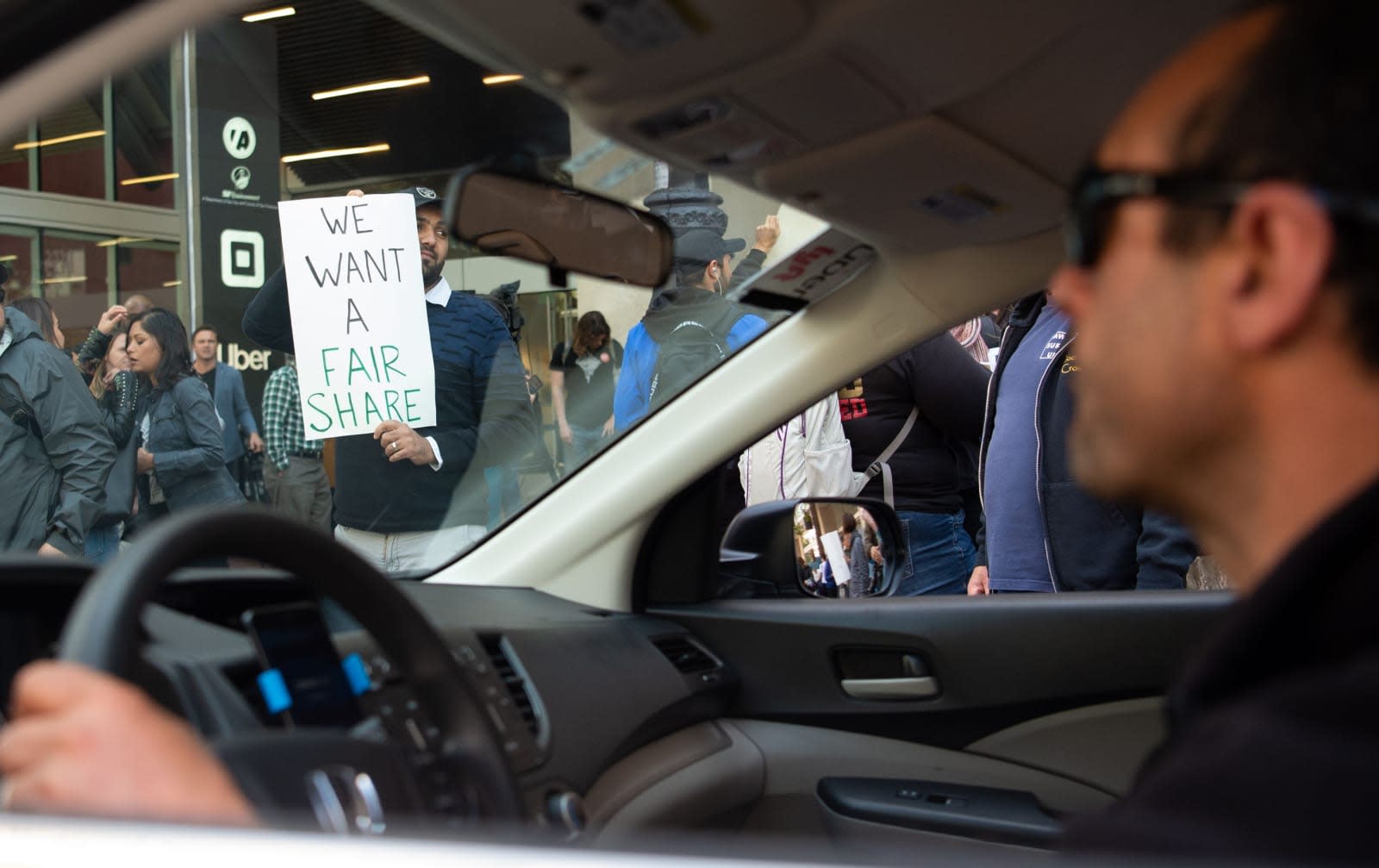 California is likely on the cusp of making gig companies treat independent contractors as employees, but Uber doesn't think the potential law will change its business. In an update, legal chief Tony West maintained that Assembly Bill 5 (AB5) would let the ridesharing company continue to classify drivers as contractors if and when it becomes law. Uber wouldn't be exempt from AB5, the company claimed -- rather, it expected to pass the test that determined drivers' status, keeping them as contractors.

For a company to treat its workers as contractors, it has to prove that they're free from the control of the hiring entity, perform work outside the typical range of that entity's business and regularly engage in an "independently established" business similar to the work they perform. It's that second requirement that's the most contentious. West maintained that drivers' work is outside of Uber's usual business, which is to allegedly serve as a "technology platform" for digital marketplaces -- it's to provide the tools drivers use to collect fare, not to provide the transportation itself. The executive pointed to multiple rulings that he claimed would back that interpretation.

West also pointed to a proposal that Uber hoped would allay longstanding complaints about pay and working conditions -- and, of course, avert a legal crackdown. The proposal would set a guaranteed minimum earnings standard for drivers, offer benefits like sick leave and injury coverage and deliver "real sectorial bargaining." Not that the company is taking any chances. West reiterated that Uber was partnering with Lyft on a 2020 ballot initiative that it said would back the "pro-driver policies" if there isn't a compromised reached before then.

In a follow-up on Twitter, West made clear that Uber "will follow the law," whatever the outcome may be.

The problem, of course, is that California won't necessarily see things Uber's way. Many casual observers will tell you that Uber's business is transportation, not tech -- you hail "an Uber," after all. The bill was clearly crafted with that consideration in mind, denying exemptions mainly to ride hailing companies like Uber and Lyft. Jalopnik also observed that a late amendment to AB5 let city attorneys sue companies for misclassifying workers, making it that much easier to challenge Uber's employment approach and force the courts to apply the contractor test. California appears to be gearing up for a court challenge, and it's not guaranteed that Uber will win.

In this article: ab-5, california, gear, gig economy, internet, labor, law, ridesharing, services, transportation, uber
All products recommended by Engadget are selected by our editorial team, independent of our parent company. Some of our stories include affiliate links. If you buy something through one of these links, we may earn an affiliate commission.