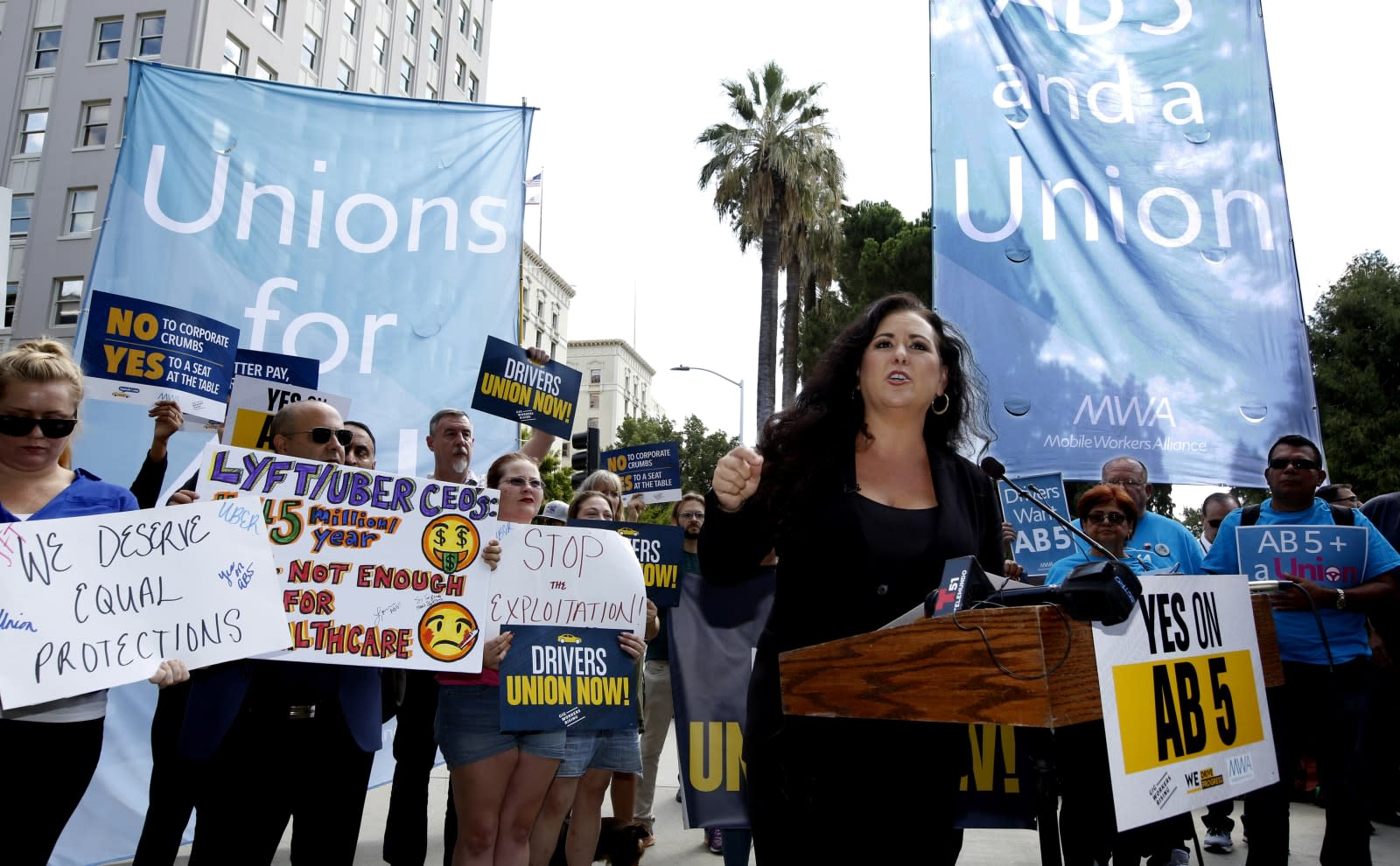 The California State Senate has approved Assembly Bill 5, voting 29 to 11 in favor of requiring gig companies like Uber and Lyft to recognize independent contractors as employees. It's not a law just yet -- it has to go through the State Assembly and secure California Governor Gavin Newsom's signature after this -- but it's close to becoming one. The New York Times says the State Assembly vote is expected to be a mere formality, and Newsom is expected to sign the bill into law, seeing as he endorsed it.

If the bill does become a law, it'll go into effect on January 1st. Companies would then have to reclassify their contractors as employees, and therefore eligible for benefits such as unemployment, if they have control over how they perform their tasks or if those contractors' work is part of their core business. Its passage will most likely have a huge influence on other states' legislature and, as Obama-era Labor Department official David Weil told the NYT, "will have major reverberations around the country. "

"For too long, gig companies like Uber and Lyft have been allowed to operate under a different set of rules than all other employers -- or no rules at all. The California's AB5, now awaiting Governor Newsom's signature, finally asserts one set of standards for determining employee status for all workers, putting an end to the chaos of poverty and despair gig bosses created in their pursuit of profits at any cost. Now all workers -- from nail salon workers, to delivery workers, to app drivers -- will have employee protections if their work is part of the core services of the company that employs them.

We need the same clarity for employee status here in New York State..."

A last-minute change to the approved bill would give California cities the right to sue companies that don't comply. That said, Uber and Lyft -- both accused of bribing drivers to protest against employee status -- previously pledged to spend a combined $60 million to support a ballot initiative that would make them exempt from the legislation's rules. DoorDash also announced that it would contribute $30 million more to the initiative.

"Today, our state's political leadership missed an important opportunity to support the overwhelming majority of rideshare drivers who want a thoughtful solution that balances flexibility with an earnings standard and benefits. The fact that there were more than 50 industries carved out of AB5 is very telling. We are fully prepared to take this issue to the voters of California to preserve the freedom and access drivers and riders want and need."

In this article: california, gear, law, lyft, politics, uber
All products recommended by Engadget are selected by our editorial team, independent of our parent company. Some of our stories include affiliate links. If you buy something through one of these links, we may earn an affiliate commission.