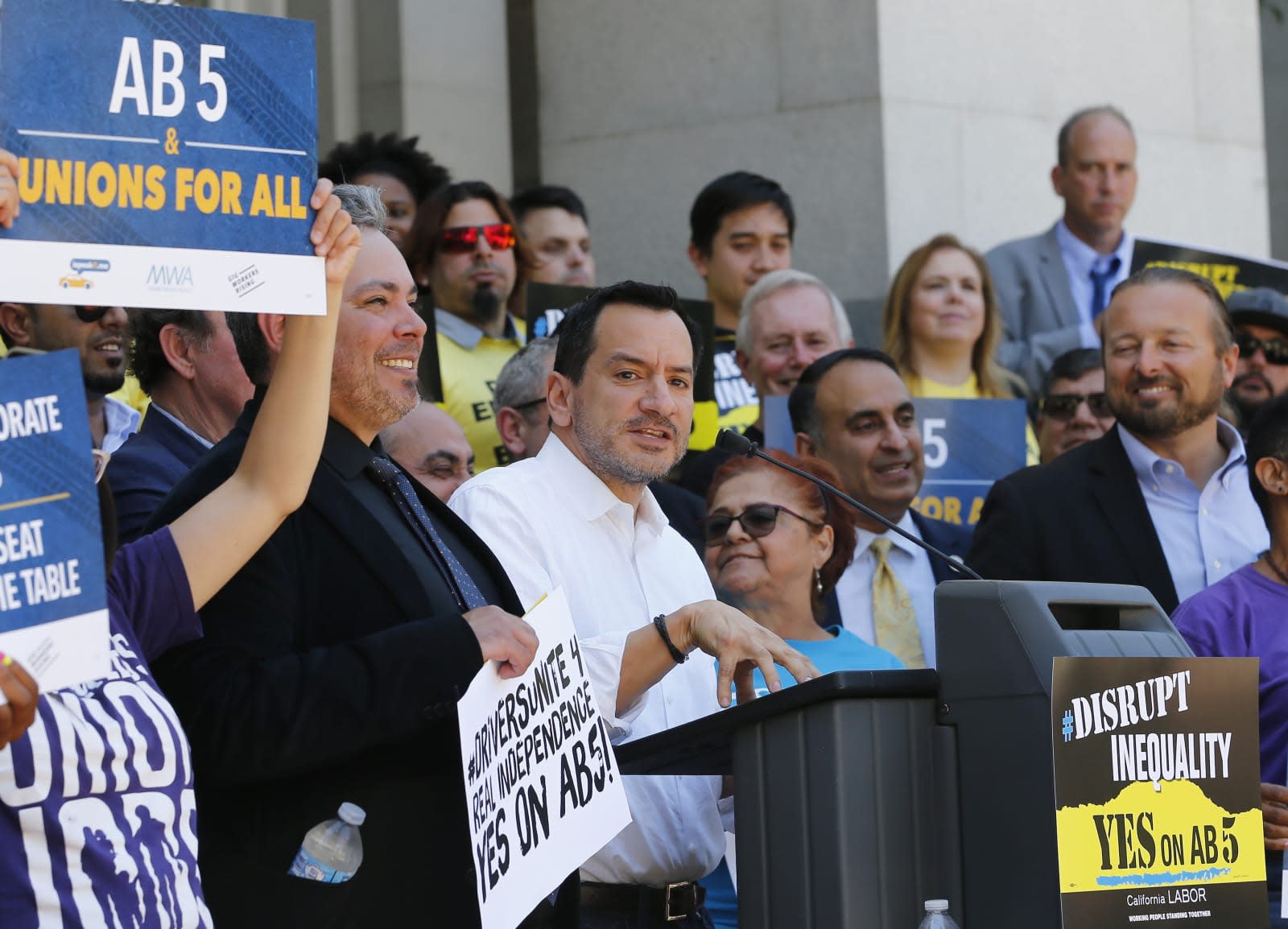 There is seemingly no end in sight for Uber and Lyft's ongoing worker status dispute. The raging debate has seen battles in the UK Supreme Court, multimillion-dollar lawsuits, driver strikes and only a few small victories for labor groups. Now, the waters have been muddied even further following reports that Uber and Lyft essentially bribed drivers to protest in the companies' best interests.

According to an email obtained by the Los Angeles Times, both ride-hailing companies promised drivers between $25 and $100 if they attended a rally outside the state Capitol last Tuesday, ahead of a hearing on Assembly Bill 5. The rally aimed to demonstrate support for changes to the bill, which would continue to classify drivers as independent contractors.

The email was sent to drivers by the I'm Independent Coalition -- a group funded by the California Chamber of Commerce -- which worked alongside Uber and Lyft to organize the rally. The email read, "We want to thank you again for taking time to attend the State Capitol Rally on July 9. Your voice had an impact and the Legislature heard loud and clear that you want to keep your flexibility and control over your work! Please expect a driver credit in the next five business days for your travel, parking, and time." In addition to the cost of travel and expenses -- which the coalition has confirmed it paid -- Uber drivers were also sent a $15 in-app lunch voucher.

Some 500 people were estimated to have attended the rally, including individuals from union and union-affiliated groups such as Gig Workers Rising and Rideshare Drivers United. By reimbursing drivers for their time and expenses, Uber and Lyft were able to avoid some of the challenges historically faced when protesting, such is the disjointed nature of their workforce.

However, speaking to the Los Angeles Times, Ken Jacobs, chairman of the UC Berkeley Center for Labor Research and Education, said that such a move could prove questionable. "While it is always good for people to engage in the legislative process, the power relationship inherent in employment raises concerns about coercion," he said. Indeed, the same Los Angeles Times report notes that following a June rally outside of Uber's offices, drivers "felt tricked" into signing a petition that again, supported the company's best interests.

In this article: AB5, bribe, business, Capitol, gig economy, Lyft, payment, rally, services, tomorrow, transportation, Uber, worker status
All products recommended by Engadget are selected by our editorial team, independent of our parent company. Some of our stories include affiliate links. If you buy something through one of these links, we may earn an affiliate commission.