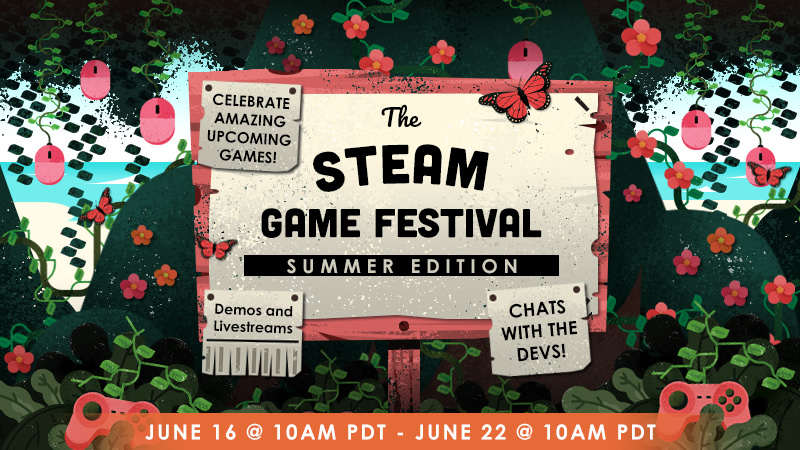 The Steam Game Summer Festival is now live after Valve pushed back its original June 9th opening date. It will run until June 22nd at 10am PDT/1PM EDT and will showcase games by developers from 65 countries around the world. Valve held the inaugural Steam Game Festival in December 2019 and hosted a Spring edition in March, featuring titles that would’ve been at GDC if the event wasn’t canceled, with the intention of highlighting indie games and studios.

The developer says this is the biggest Steam Game Festival yet. It features over 900 titles, which is way, way more than the 14 games the first festival highlighted. The event will give you the chance to try out short demos and meet the developers behind them through live chats, written interviews and AMAs — some of them will even play their own games in live broadcasts. By putting a spotlight on indie games, Valve is hoping that more users will be aware of their existence and will put them in their wishlists to be notified when they become available.

In this article: Steam Game Summer Festival, Steam, Valve, news, gaming
All products recommended by Engadget are selected by our editorial team, independent of our parent company. Some of our stories include affiliate links. If you buy something through one of these links, we may earn an affiliate commission.