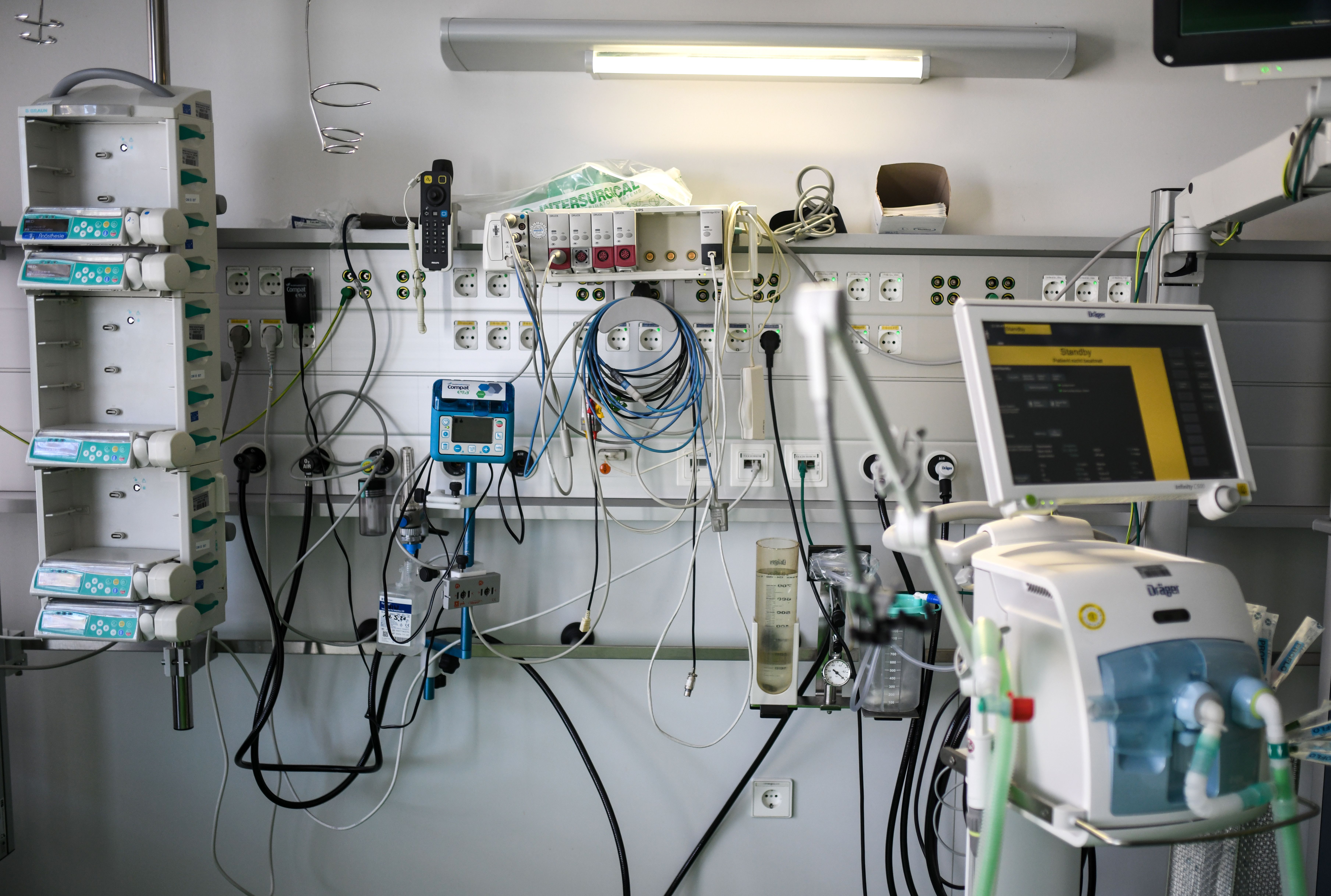 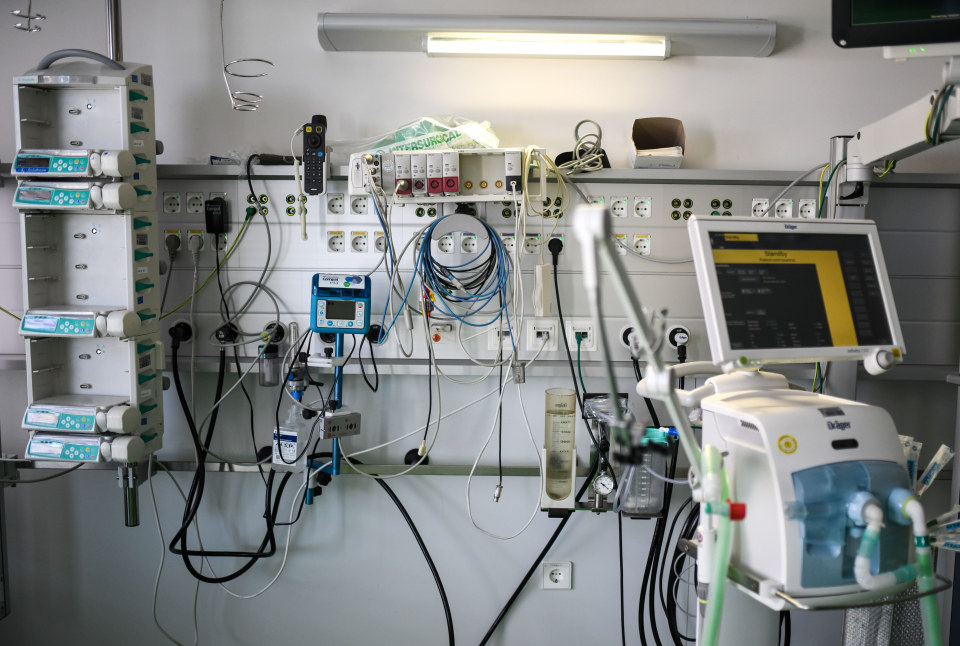 Just this week, the coronavirus pandemic passed 2 million confirmed infections and 130,000 deaths worldwide. With such a rapid rise in cases, hospitals are struggling with the shortage of ventilators, which are vital for helping patients who are too weak to breathe on their own. In the past few weeks, however, automakers like GM, Ford and Tesla have stepped up to transform their existing facilities into ventilator-producing factories. What’s more, companies like Maingear, which usually makes PC gaming cases, have also stepped forward to make ventilators of their own. But not all companies can flip the switch like this, and even those that can, face some significant challenges.

One of the reasons ventilators are in such high demand is that COVID19 can lead to severe respiratory issues. Ventilators, however, help force air into your lungs. “A ventilator is a machine that can provide air flows with controlled volume and pressure,” said Sung Hoon Kang, an assistant professor in John Hopkins University’s Department of Mechanical Engineering. “As each person has a different lung condition, it is important to customize the flow for each patient.”

Ventilators, he said, require flow control and monitoring, which involves mechanical and electronic parts as well as programming. “All or parts of these systems are already well understood by various industries, like automotive, tech or PC,” said Nicholas Keim, an associate research engineer and deputy director of the Energetics Research Group at John Hopkins.

This is especially so with the automotive industry. Much like ventilators, cars also utilize valves, said Paul Woodring, the CEO and co-founder of Co-Vents, a non-profit dedicated to refurbishing retired ventilators. “It has a fuel injection system, which is very much like what the valves in a ventilator does, except the ventilator is metering air and oxygen,” he said. “Automobiles also have electronics. There are software controls, pressure sensors, flow sensors [that are required in ventilators]. They have the manufacturing technology.”

GM and Ford, for example, are currently using smaller scale facilities to produce the ventilators. According to the Guardian, GM’s ventilator plant is where it used to produce small electrical components for cars, while Ford’s plant typically produces components such as transmission oil pumps, battery packs and air induction systems. The process for manufacturing ventilators is similar to putting these parts together. “Imagine someone at a desk putting together a complex puzzle or model by hand -- lots of small-part assembly,” Mark Schirmer, Cox Automotive’s public relations director, told the Guardian. Tesla is also working on making ventilators using existing Model 3 parts; oxygen would go into a mixing chamber and get pumped through a custom-designed manifold. The whole process would be powered by the vehicle’s computers and controlled via the infotainment system.

Similarly, PC makers like Maingear claim that there’s a lot of crossover between making complex liquid-cooled PCs and ventilators. “While the components are very different, the skills required to produce and assemble emergency ventilators, while aimed at a very different outcome, have a large crossover with custom liquid cooling PC assembly,” a Maingear spokesperson told Engadget. Maingear’s LIV ventilator is based on a platform already in use in Italy and Switzerland, and comes complete with automatic operation, presets and a touchscreen interface.

Dyson is another company that has pivoted to making ventilators, thanks in part to their electronics knowhow. “The Dyson Digital motor sits at the heart of the new device,” said CEO James Dyson in an internal email procured by Fast Company. He claims the ventilator, called the CoVent, is particularly well-suited for industrial, high volume production and is designed to achieve a “high quality air supply” due in part to Dyson’s existing air purifier expertise.

That said, simply changing up manufacturing like this is not easy. No company can pivot manufacturing without a lot of assistance. Dyson worked with The Technology Partnership (TTP) to develop the CoVent with oversight from the UK’s NHS plus the Medicines and Healthcare products Regulatory Agency (MHRA). Maingear confessed that it sought quite a bit of outside expertise in making the LIV ventilator as well. “This isn’t something that any manufacturer would be able to jump into and design without having a team with a wide range of expertise to help execute on the project,” Maingear’s  spokesperson added.

The same goes for the automakers. As the Guardian points out, getting an automaker to switch to ventilators is a logistical challenge. It involves retooling the plant, developing a supply chain and building a workforce. “What they have to do is train new people that haven’t done this before, to manufacture the various components,” said Woodring. They also have to validate those manufacturing processes to show that the entire assembled ventilator does what it’s intended to do. “What that means is they have to show through a process that when they follow these instructions and go through that process, it will produce a valve or a set of electronics that can operate to certain specifications.”

Plus, all of these ventilators have to clear regulatory hurdles. Neither Dyson’s CoVet or Maingear’s LIV have passed MHRA or FDA audits yet. And though the FDA has made it easier for automakers to pass its guidelines (for example, they don’t need approval to make slight changes), that process will likely take time as well. On the whole, Woodring says he won’t be surprised if it takes months for any of these ventilators to actually ship, which could prove far too late for a lot of people.

“We have a problem of supply chain and logistics,” said Keim. “First we authorized ventilators from overseas under FDA Emergency Use Authorization. Now we're asking major manufacturers to look in their parts bin to see what they can do to produce a viable alternative.”

In the meantime, there’s a need for stopgap measures. As mentioned above, Woodring’s Co-Vent non-profit refurbishes retired ventilators so they can be used again. iFixit started a ventilator project a few weeks ago where it crowdsourced the public for repair documents so that existing ventilators can be repaired and reused. Healthcare workers are modifying sleep apnea breathing machines (BiPaps) into full-blown ventilators using accessories and 3D printed parts.

“The next wave of devices are going to be the ones developed by Universities and smaller businesses,” said Keim. “Not all of these devices will make it through the gauntlet and into healthcare centers during this crisis. That being said, we need lots of options, we need to look at the problem from different angles to ensure a diverse set of solutions. By opening up that aperture we can help ensure that options will be available when they are needed, not after.”

In this article: ventilators, coronavirus, covid-19, news, gear, tomorrow
All products recommended by Engadget are selected by our editorial team, independent of our parent company. Some of our stories include affiliate links. If you buy something through one of these links, we may earn an affiliate commission.