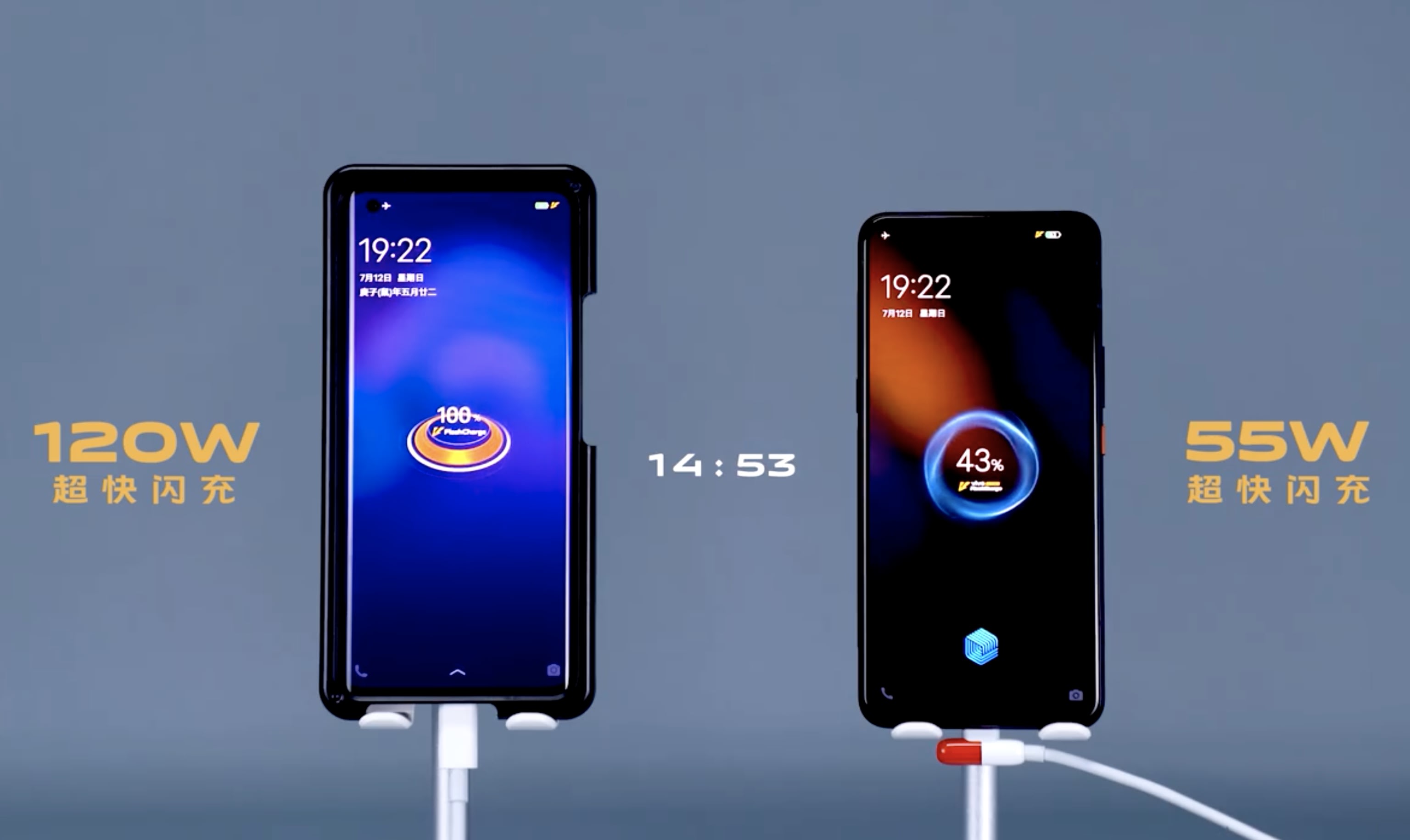 Vivo has used its lineup of iQOO gaming phones to push the envelope on smartphone tech for a while now, and it looks like the company has a significant new innovation in its next device. A video from the iQOO brand on Weibo shows a new device using the 120W wired fast charging solution that the company announced last June. From the video, it looks like the 120W fast charger can fully charge a 4,000 mAh battery in 15 minutes, and can get the phone to 50 percent in just five minutes.

If you’ve charged a phone recently, you know that positively crushes even current fast-charging standards. And given that battery life remains largely constrained by the physical size of batteries, many companies have put focus on enabling customers to top off their phones as quickly as possible. In this scenario, Vivo’s charging technology gives it a significant leg up over basically everyone else, though of course we’ll still need to see this in a shipping phone before we can really say how well it works. Vivo’s first iQOO phone with this tech on board is expected in August, so we hopefully won’t have to wait too long to see it in action.

Vivo’s not the only Chinese smartphone maker working on extremely fast charging, either. Oppo today also announced it is working on a 125W fast-charging solution that it’ll fully reveal on July 15th. Of course, that’s not a huge surprise — both Oppo and Vivo are owned by China’s BBK Electronics.

In this article: Oppo, vivo, iQOO, fast charging, news, gear
All products recommended by Engadget are selected by our editorial team, independent of our parent company. Some of our stories include affiliate links. If you buy something through one of these links, we may earn an affiliate commission.