Facebook has removed more than 6,500 militia groups and pages

Verizon's mmWave version of the Pixel 4a 5G costs $100 extra 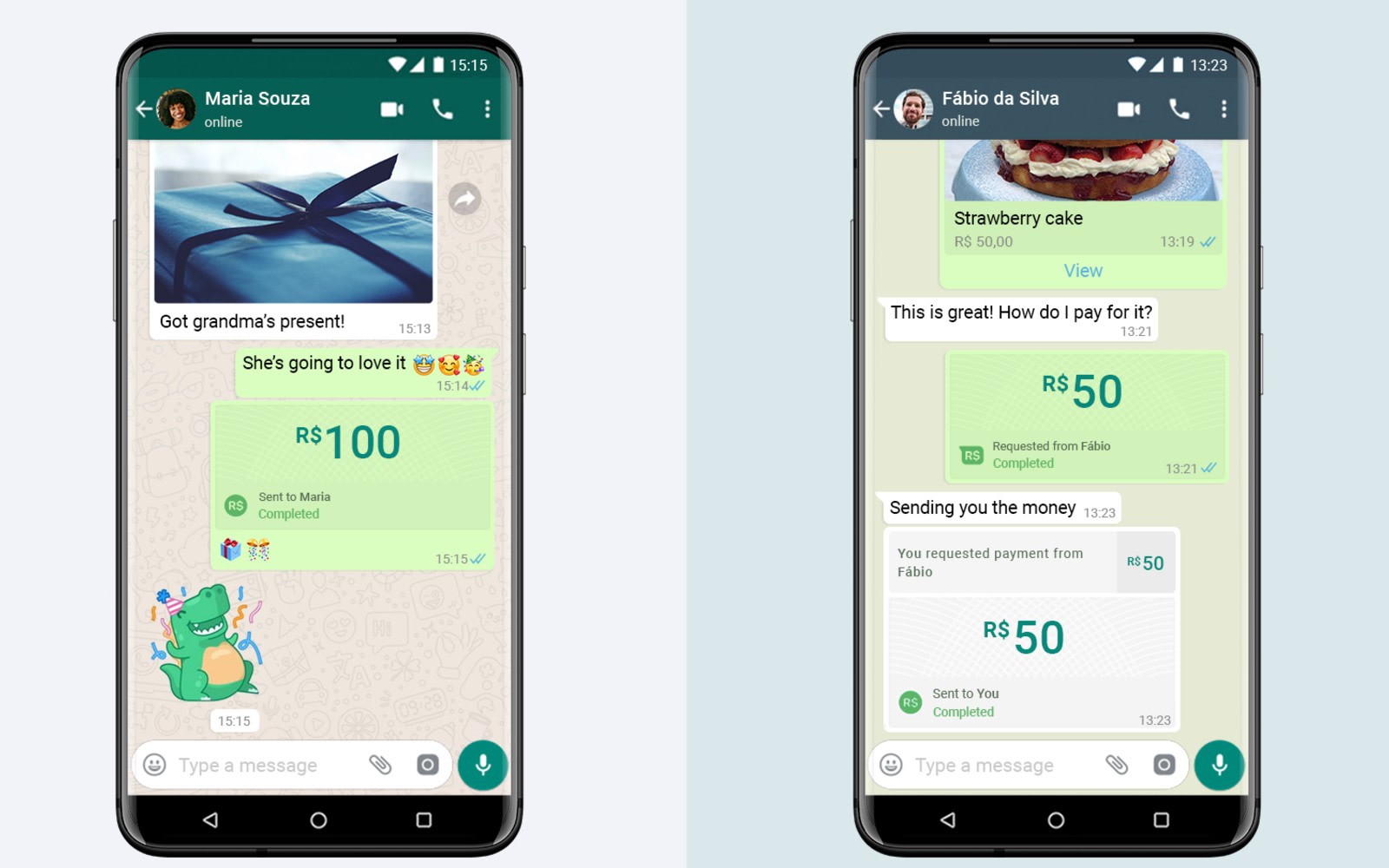 WhatsApp has finally started rolling out its long-promised payments feature. Starting today, WhatsApp users in Brazil can send money and pay for purchases from local merchants without leaving the chat app.

Adding a payment method is done through Facebook Pay, which means you can use the same information you have saved to Facebook to buy things on the platform's Marketplace page and send money to friends over Messenger. At launch, the app is compatible with cards issued by Banco do Brasil, Nubank and Sicredi, provided they're backed by either Visa or Mastercard. Each transaction is authorized with either a six-digit pin or a fingerprint scan.

As a regular user, there are no fees for sending money or making purchases. That's the standard in the space. With Venmo, for instance, sending money to someone is free so long as you don't use your credit card to do so. Additionally, WhatsApp payments build on the catalog functionality the company introduced last year. The latter allows entrepreneurs to build a mobile storefront for their business, and that’s the part of the app where WhatsApp users in Brazil can buy things.

Facebook has been working on adding payments to WhatsApp since as far back as 2017. In 2018, the company started testing the feature in India, WhatsApp’s biggest regional market. Part of the delay in getting payments out to more users likely has to do with the fact the social media giant spent time building out backend features like Facebook Pay. Now that payments are officially a part of WhatsApp, the company says it plans to bring the feature to "everyone as we go forward."

In this article: WhatsApp, Facebook, Mobile, payments, internet, android, app, ios, news, gear
All products recommended by Engadget are selected by our editorial team, independent of our parent company. Some of our stories include affiliate links. If you buy something through one of these links, we may earn an affiliate commission.