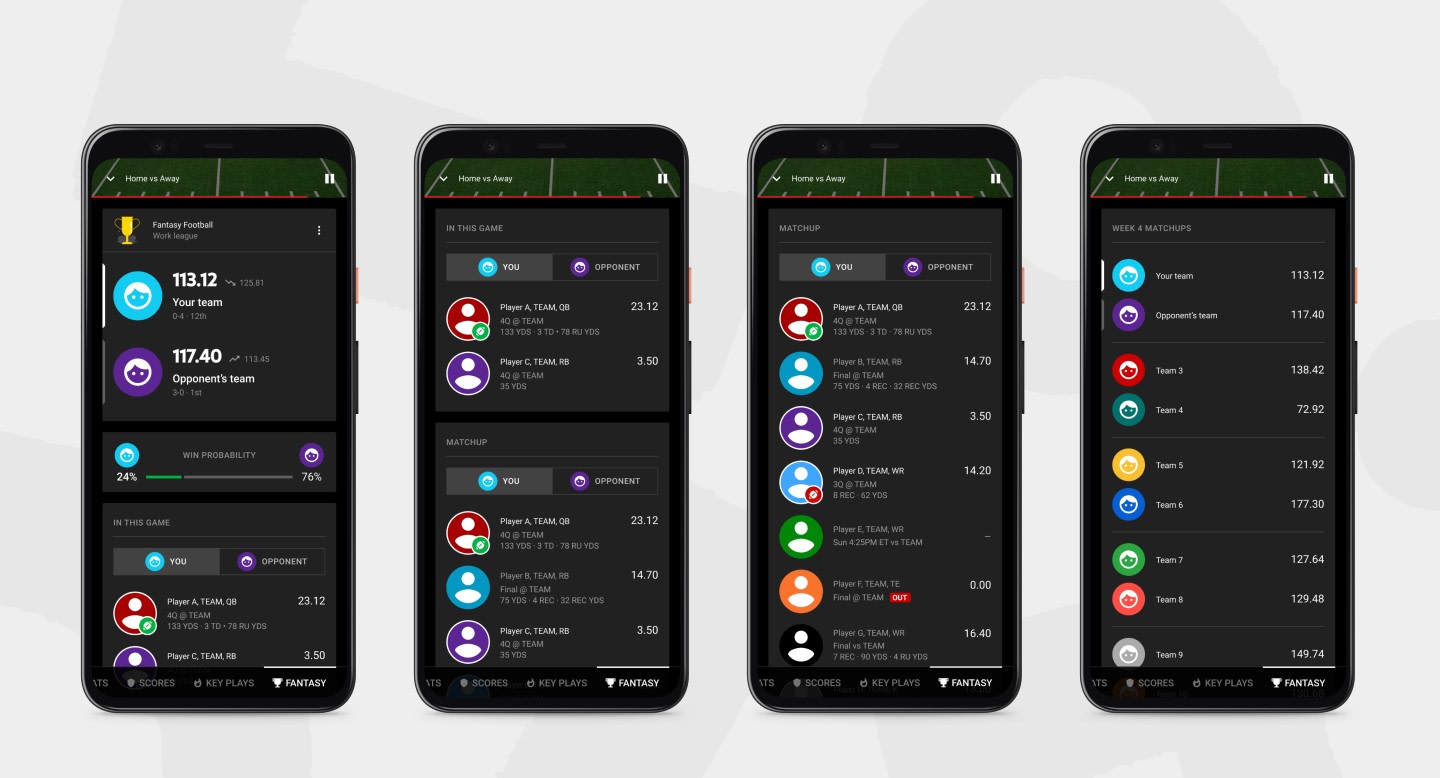 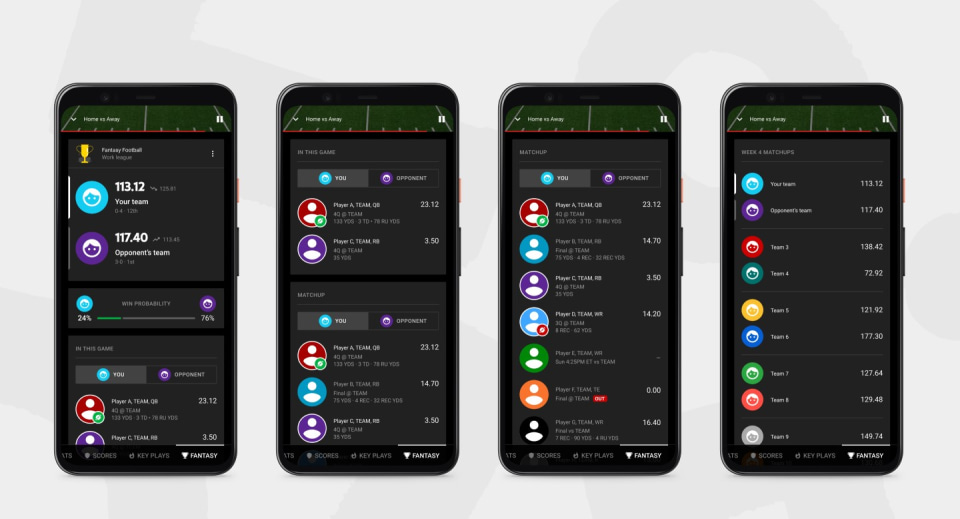 YouTube TV is ready for some fantasy football. With its Fantasy View feature, which is available today, you track how well your team is doing while you're watching games.

You'll need to link your NFL.com fantasy account to YouTube TV to keep an eye on your team there. Fantasy View only supports NFL.com fantasy leagues and not ones from Yahoo, ESPN and so on. The feature is mobile-only, at least for now, as it seems to be more of a second-screen experience.

You'll get to see a live feed of scores in your matchup plus a projection of your total points haul. While you're watching a game, Fantasy View can highlight players from both your team and your opponent's that are involved so you can get a sense of how a play affected your score. The feature also provides an overview of every matchup in your fantasy league.

YouTube TV, which recently added the NFL Network to its core package, has a number of NFL-focused features, including live stats and an option to hide spoilers. As such, the addition of Fantasy View might not be too surprising. Still, with the feature rolling out several weeks into the season, YouTube TV is a bit late to the fantasy football party.

In this article: football, fantasy football, fantasyfootball, nfl, youtube, youtube tv, youtubetv, fantasy view, fantasyview, news, gear
All products recommended by Engadget are selected by our editorial team, independent of our parent company. Some of our stories include affiliate links. If you buy something through one of these links, we may earn an affiliate commission.