The release of our favorite web browser hasn't gone unnoticed by the media; in fact, many fine publications provided their readers with several articles on Firefox. If you're lookin' to find a surfeit of Firefox, you've come to the right place, matey.

eWeek
These guys went hog-freakin'-wild with the Firefox coverage. Jeeminy!

Mozilla Launches Firefox 1.0
Just the facts, ma'am.
Firefox 1.0 Lives Up to Hype
The review. Short summary: he loves it! "[T]he hype is well-deserved. During tests, we found Firefox 1.0 to be extremely intuitive, with probably the most minimal learning curve imaginable. In addition, the Linux and Mac OS X versions of Firefox are functionally identical to those on Windows, making Firefox an excellent cross-platform solution."
Firefox Flaws Flagged, Fixed
"According to information released by Mozilla, multiple security holes have been plugged in all beta versions of Firefox to correct flaws that could lead to security bypass, exposure of sensitive data, privilege escalation and DoS (denial of service) attacks."
Firefox and Beyond: Mozilla President Browses the Future
A lengthy interview with the Mozilla Foundation's president. Definitely worth reading.
Mozilla: No Google Browser in the Works
They're not. So quit asking, k?

CNET News.com
And the winner for most articles goes to ... CNET! One page links to all the articles provided by News.com - tks, CNET!

Mozilla releases Firefox 1.0
"After 19 months of development, two name changes and more than 8 million downloads of its preview release, the Firefox browser is finally turning 1.0."
Google stars in Firefox's new browser
I was surprised by this myself - Google is now the default home page in Firefox!
Review of Firefox 1.0
"Move over, Internet Explorer. Feature-studded and secure Mozilla Firefox 1.0 is a safer, better choice for Internet browsing. 8.0 out of 10"
Firefox maps its next moves
"The coals are still hot from Tuesday morning's Firefox 1.0 release, but the Mozilla Foundation is already cooking up its next moves to challenge Microsoft's Internet Explorer browser dominance."
Firefox 1.0 fans clog Mozilla site
I noticed this too - you couldn't get the Firefox Extensions page to load for days after Firefox came out.
Microsoft getting nervous about Firefox?
"Has Firefox reignited the browser war? CNET News.com has incontrovertible evidence that Microsoft is once again on war footing. The proof? After years of neglecting Internet Explorer, killing its standalone version and satisfying reporters' requests for interviews with terse, prepared statements, Microsoft representatives on Monday took the unusual step of placing an unsolicited call to News.com in anticipation of the Firefox 1.0 release."
Microsoft says Firefox not a threat to IE
"Just days after the launch of open-source browser Firefox 1.0, Microsoft executives defended Internet Explorer, saying it is no less secure than any other browser and doesn't lack any important features." This was also discussed on Slashdot.

British
Our friends across the pond have some good stuff to say about Firefox.

The Guardian: "Hunting with Firefox"
"Firefox deserves to succeed, but even if it does not it will have highlighted the astonishing success of open source, well known inside the web community but not outside. Among other services, it has its own operating system (Linux), an acclaimed alternative to Microsoft Office (OpenOffice), and its own encyclopedia (Wikipedia) with a million entries. The open source movement has become one of globalisation's unexpected treasures."
BBC News: "Firefox browser takes on Microsoft"
"Microsoft's Internet Explorer has a serious rival in the long-awaited Firefox 1.0 web browser, which has just been released."
vnunet: "Mozilla Firefox 1.0"
"The best browser around. Period." (Scott: it don't get much more succint, do it?)

International
Firefox isn't just for Americans (or Brits) - it's a worldwide phenomenon.

More International Media Reports on Mozilla Firefox 1.0
Speak Portugeuse, German, or French? Wanna find out what folks in Brazil, Germany, or France are hearing about Firefox? Then check this one out. (For more from France, also see FireFox, le petit panda qui veut grignoter Explorer)
Aljazeera.Net
The English language web site of the Arab TV station reports that "Mozilla's Firefox renews browser war"
Australia: "Open-source browser set for challenge"
"A new front has been opened in the long-dormant browser war, with an open-source program called Firefox aiming to challenge Microsoft's dominant Internet Explorer. But Microsoft Australia says there is no threat and Internet Explorer users do not want features that Firefox offers."

Newswires
Newspapers & other publications often just take AP & other pieces & just run them. In Firefox's case, that's cool, 'cause the wire services have good things to say about it.

AP: "Firefox Browser Alternative to Microsoft"
"Web surfing has belonged almost exclusively to Microsoft Corp. (MSFT)'s Internet Explorer ever since it buried Netscape's pioneering browser. That doesn't seem to have bothered the developers of the Mozilla Firefox, a feisty new kid on the block that's worth a serious look."
Reuters: "Firefox Browser, a Microsoft Rival, Fully Released"
"'Open source projects have a much higher standard,' said Chris Hofmann, director of engineering at the Mozilla Foundation. 'It's the engineers that actually build the software that label it as done.'"

Wired: "Firefox 1.0 Makes Flashy Debut"
"A decade ago, geeks greeted the release of Netscape's new web browser with great anticipation. A similar sense of expectation surrounded each subsequent version of Netscape Navigator and, to a much lesser extent, updates to Microsoft's upstart Internet Explorer. All that excitement came to an end three or four years ago, when Microsoft seemed to have won the so-called browser wars and promptly stopped adding new features to IE. But it was dj vu all over again Tuesday, complete with swamped servers and abused refresh keys, with the release of Firefox 1.0. "
Linux Today: "Quick Look: Firefox 1.0 is End Users' Dream Machine"
"... this is one heavy-duty browser. And coupled with some excellent extensions, this is by far the best browser I have ever used. But while everybody says that, I wanted to highlight an aspect of Firefox that I don't think many have touched upon. I'm talking about the installer. This installer is simply one of the best installation routines I have seen on any platform. It's fast, it's robust, and by golly it gets the job done right."
TechTarget: "Firefox's 'Peter Parker' complex"
"In both the films and the comics, Spiderman's alter-ego Peter Parker was given some advice from his uncle: 'With great power comes great responsibility.' With more than 8 million downloads recorded for its preview version alone, an irrefutable trend exists with the Web browser Firefox, Mozilla Foundation's most popular creation: it's on fire."
PC World: "Mozilla Mulls Desktop Search Features for Firefox Browser"
"Having launched the much-awaited version 1.0 of the Firefox browser on Tuesday, the Mozilla Foundation is busy planning future enhancements to the open-source product, including the possibility of integrating it with a variety of desktop search tools. The foundation also wants to place Firefox in PCs through original equipment manufacturer (OEM) deals with PC hardware vendors and to continue to sharpen the product's pop-up ad-blocking technology." (Slashdot also discusses this article.)
Slashdot: "Firefox 1.0 Released"
1109 comments ... & counting.

Mainstream American media
The non-tech press has things to say to - & Mom & Pop will probably read these articles!

CNN: "New browser to challenge Microsoft"
"Microsoft's dominance of the Web browser market faces a fresh challenge on Tuesday with the release of the final version of Mozilla's Firefox browser."
L.A. Times: "Goliath's Newest David"
"Six years after Microsoft Corp.'s Internet Explorer defeated Netscape Navigator in the signature fight of the online age, a direct descendant of the pioneering Web browser is exacting a small measure of revenge."
ClickZ: "Crazy Like a Firefox"
The Firefox community from a professional marketer's perspective: "Call it open-source marketing, or viral/buzz/word-of-mouth/community/advocacy/guerilla marketing. Some dub it 'consumer control,' the theme of this week's AD:TECH. Whatever you call it, and as marketers blah-blah-blah about it, it's out there happening ??? and the results are stunning. Firefox really is a kick-ass browser." I love that woman! 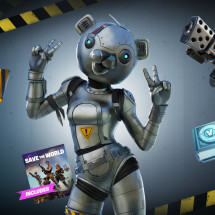