A new player for Ministry of Sound's fifteenth birthday 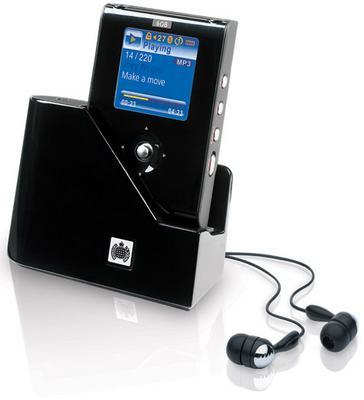 Ministry of Sound has dropped a new player to celebrate the brand turning fifteen, and it turns out you'll have to plunk down £179.99 to show your love to the prolific party host. In return, you'll get the MP055C6, which features 6GB of "internal memory" (flash? hard drive? who knows.), a color screen and a docking station that matches the player's shiny "piano black" casing. Voice / insanely loud club music recording comes standard, along with ten tracks from the MoS's collection. Another notable (but not new) player that we spotted on MoS's site is the MP3 player-in-a-clip MP097 Clipstix. Coming in both 256MB and 512MB, pink and black varieties, this little player looks like a rebadge of Evergreen's player from late last year. As the Ministry would say -- if it were a real Ministry -- this concludes our MoS broadcast for the day.

[Via TechDigest]
In this article: Clipstix, Evergreen, Ministry of Sound, MinistryOfSound, MoS, MP055C6, MP3, portable audio, portableaudio
All products recommended by Engadget are selected by our editorial team, independent of our parent company. Some of our stories include affiliate links. If you buy something through one of these links, we may earn an affiliate commission.
Share
Tweet
Share