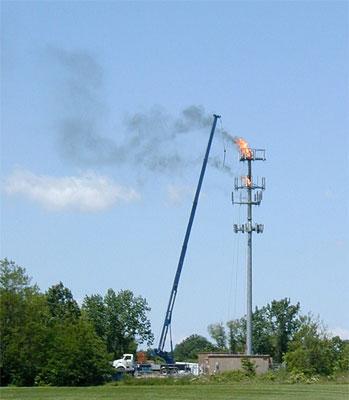 Millions Hundreds of millions of us could not get through the day without access to our beloved mobiles, so the scene in Mexico City this week when the Telcel wireless network went down must have been quite the frenzy, and even more than the mess that was caused by intermittent Cingular outages almost one year ago here up North. Millions of Mexican cellular customers has nothing but silence in the earpieces of all those handsets when Telcel's network, uh -- how do we put this nicely? -- crashed. The details of the network going down centered on a technical fault in western Mexico City, temporarily saturating the Telcel network, Mexico's largest wireless carrier with 40 million customers (a little smaller than Sprint Nextel's customer base here in the U.S.). The good news after the network went down in Mexico City was that it was soon back up, as service began returning just hours later. Service was 90% functional by late afternoon Tuesday.

In this article: Carlos Slim, CarlosSlim, Cellular network failing, CellularNetworkFailing, Mexico wireless network, MexicoWirelessNetwork, mobile, Telcel
All products recommended by Engadget are selected by our editorial team, independent of our parent company. Some of our stories include affiliate links. If you buy something through one of these links, we may earn an affiliate commission.
Share
Tweet
Share