Hands-on / roadtest with the TomTom GO 720 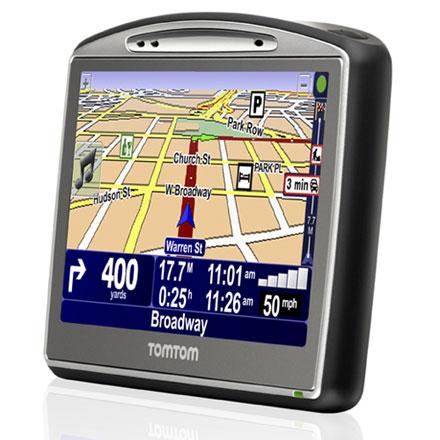 TomTom doesn't appear to be letting that spat with Encyclopaedia Britannica stop it from rolling out new GPS devices, with its new GO 720 unit making its debut today, along with the company's new "Map Share" system. The device itself is a fairly standard affair, boasting a 4.3-inch WQVGA display, a 400MHz CPU, 64MB of RAM, an SD card slot, an FM transmitter, Bluetooth, and maps of the US and Canada pre-loaded on the unit's 2GB of internal flash memory -- an RDS-TMC traffic information receiver is also available as an optional accessory. The company's new Map Share system, as its name suggests, lets users make changes to maps and share 'em with others. While you'll apparently be able to make the changes directly on the device, you'll still have to use a PC to upload them for others to use, and to get your updated maps in return. Look for this one to set you back about $500 when its released in the US and Canada in late July -- a separate model, the GO 520, will also be available in Europe only.
In this article: go 720, Go720, gps, map share, MapShare, tomtom
All products recommended by Engadget are selected by our editorial team, independent of our parent company. Some of our stories include affiliate links. If you buy something through one of these links, we may earn an affiliate commission.
Share
Tweet
Share