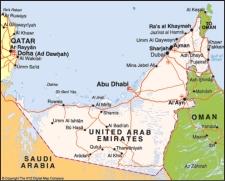 The United Arab Emirates might have just gotten the Xbox 360, but the country's government doesn't want people playing some of the more violent games out there. That's OK, though -- the citizens of the country seem to have no trouble getting hold of the banned games, according to a recent report.

Gulf News reveals that UAE retailers routinely sell games like Grand Theft Auto under the table for 170 to 180 dirham (about $45 - $50) despite an official ban from the country's censorship department. "Smaller stores tend to buy games from wholesalers without getting official approval, or import it directly, many of which would be sold under the table." said Lalit Vase, Regional Manager at Take Two Regional Distributor Red Entertainment and Distribution in an interview with Gulf News. Even if the local UAE stores don't have it, it's usually possible to get around the law with Internet ordering.

It begs the question: If video game bans aren't effective in relatively closed states like the UAE, how effective would similar bans be in more liberal societies?

In this article: arab, arabemirates, censorship, government, UAE, Xbox-360
All products recommended by Engadget are selected by our editorial team, independent of our parent company. Some of our stories include affiliate links. If you buy something through one of these links, we may earn an affiliate commission.
Share
Tweet
Share