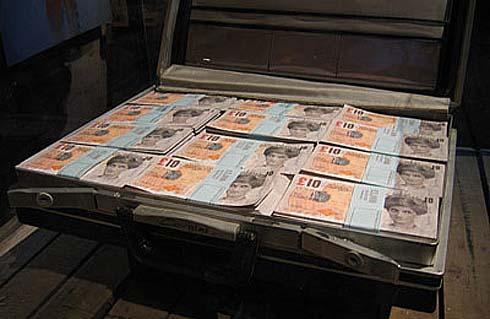 Things continue to look rosy for UK-based mega-retailer Game Group, as the company today announced that it raised its profit expectations for the year from £73 ($145 million) to £74 million ($147 million). Says the financial gurus at Bloomberg, the chain has much thanks to lay at the feet of Nintendo and its platforms' appeal to "women and older customers" for the elevated expectations.

The group's like-for-like sales for the fifty weeks leading to January 12 were up around 43 percent while the company expects further growth of around 5 to 10 percent in the current year, driven by a "buoyant" video game market. Preliminary financial results are expected to drop on April 29, though given thin competition and what Game calls "a strong pipeline of innovative software," including such titles as Nintendo's Wii Fit and Mario Kart, as well as Rockstar's Grand Theft Auto IV, we expect those calling the shots for the retailer to remain swimming in the deep end of the money pool for a good while longer.
In this article: europe, game, game-group, gamegroup, gta-iv, gtaiv, mario-kart, mariokart, wii-fit, wiifit
All products recommended by Engadget are selected by our editorial team, independent of our parent company. Some of our stories include affiliate links. If you buy something through one of these links, we may earn an affiliate commission.
Share
Tweet
Share