PSN Store Update: Damn it Otacon, Get a Grip 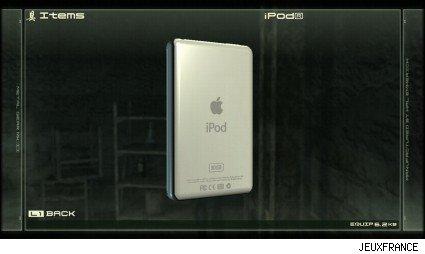 Hot on the heals of the GTA IV iFruit parody comes another console gaming nod to Cupertino, though this time with considerably less snark. The upcoming PS3 presumptive blockbuster Metal Gear Solid 4 will apparently feature some interesting equipment to augment Solid Snake's already impressive arsenal: a 5th generation 30GB iPod. The French video game site JEUXFRANCE has high resolutions images (front and back). It now remains to be seen if Snake can execute his signature stealth kills with an iPod headset garrote.

In this article: MGS4, PS3, solid snake, SolidSnake
All products recommended by Engadget are selected by our editorial team, independent of our parent company. Some of our stories include affiliate links. If you buy something through one of these links, we may earn an affiliate commission.
Share
Tweet
Share