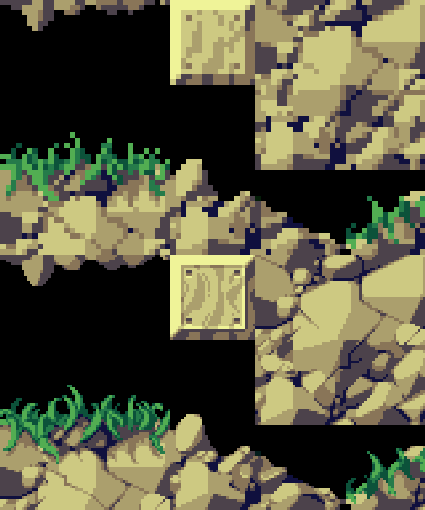 WiiWare Cave Story developer Nicalis's blog has featured comparisons of sprites from the original game with Cave Story creator Pixel's redrawn sprites for a few weeks. Today, instead of a new character sprite, Nicalis's Tyrone Rodriguez posted part of the updated tileset for the Mimiga Village environment, one of the first areas of the game.

It still looks like Mimiga Village, but a bit sharper. Pixel seems to have taken care to be faithful to his original arrangement of rocks and grass, adding just a bit more detail. With every single visual element in the game being redrawn by hand -- and it is by hand, of course, rather than a filter, as Rodriguez points out -- how could Cave Story possibly be finished any time soon?

0
In this article: cave-story, nicalis, platform, remake, studio-pixel
All products recommended by Engadget are selected by our editorial team, independent of our parent company. Some of our stories include affiliate links. If you buy something through one of these links, we may earn an affiliate commission.
Share
Tweet
Share